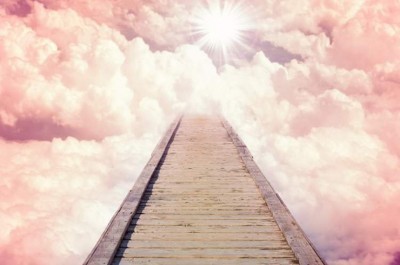 Upon his return to Eretz Yisroel, Yaakov Avinu sends a peace-making message to his hostile brother, Eisav.  He begins the message saying, “I lived with Lavan and have lingered here until now.” Chazal elaborate on Yaakov’s words: “I lived with Lavan and nevertheless I kept the 613 mitzvot and I did not learn from his evil ways.”

The question arises, Yaakov did not keep the Mitzv of Kibud Av V’eim, honoring one’s parents, because he had no contact with his parents all the time that he was away.

The Chatam Sofer addresses this problem. He notes that the word used to describe Yaakov’s fulfillment of the Mitzvot is ‘shamarti’, instead of the more commonly used word, kiyamti.  He notes that indeed Yaakov did not in fact ‘fulfil’ the Mitzva of Kibud Av V’eim but he did ‘guard’ that Mitzva.

He explains that the word, shemira, can be used to refer to waiting and anticipating for something.  It says in Parsha Vayeishev, after Yosef revealed his dreams to his family, that “Yaakov shamar et hadvar” – he guarded the matter.  Rashi explains that it means that Yaakov was waiting and anticipating for the prophecies in Yosef’s dreams to become actualized.

In the same vein, the Chatam Sofer writes that during Yaakov’s time away from his parents, he waited for, and looked with anticipation towards, the time when he would be able to fulfil the Mitzva of Kibud Av V’eim.  Accordingly, even though he did not in actuality fulfil the Mitzva, nonetheless, his attitude of wanting to perform it meant that he did in a certain sense fulfil it.

Moreover, the Chatam Sofer notes that he was in the category of a person who plans to fulfil a certain Mitzva but is prevented from doing so by circumstances beyond his control.  Such a person is viewed as if he did indeed perform the Mitzva.

The Chasam Sofer’s explanation reminds us of a fundamental principle in Mitzva observance:  The kavana (intentions) that a person has are of such great significance that they can turn mundane actions into Mitzvot, to the extent that even the desire to do a Mitzva without actually doing one, can constitute a Mitzva.

One of the main applications of this idea is that in our daily lives, the kavana we have can be decisive in determining the spiritual power of our actions.  This lesson is relevant in many areas but is particularly important with regard to our careers.  Many people are fortunate to be involved in a job which involves helping others, however it is quite easy to focus primarily on the money that they receive for providing their service.

Rav Avraham Pam zt”l was once being treated by a dentist and he remarked at how much this dentist helped people in his profession.  The dentist replied that this was a nice side-benefit to his job, implying that the main reason that he did it was to earn a living.  Rav Pam replied that actually the money he earned was the side benefit, but the main purpose should be to help people have healthy teeth.  And it seems that by simply shifting one’s focus from purely trying to earn money, to intending to help others, one can transform innumerable actions into Mitzvot.

Likewise, there are numerous actions that we take every day that could constitute Mitzvot if we have the appropriate intent, but without such intent, they remain mundane actions.  Rav Pam told over that he heard from Rav Mendel Zaks, zt”l, the son-in-law of the Chofetz Chaim, zt”l, that he once travelled with the Chofetz Chaim on a wagon.  At the end of the journey, Rav Zaks paid the wagon driver. The Chofetz Chaim then pointed out to him that he gave the money without thought, as if he was doing an insignificant action, when in fact he had just fulfilled four Mitzvot, involving paying a worker on time.

We have seen the importance of kavana in our every action. May we merit to transform mundane actions into Mitzvot transfused with spirituality.