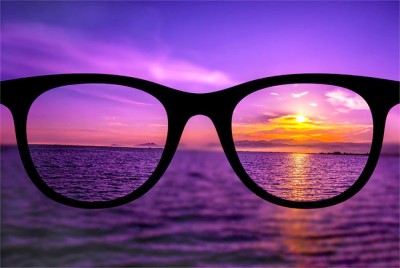 In this week’s Parsha, we learn of the tragic sin of the scouts who were sent to tour the Land of Israel and bring back a report to the Israelites camped in the desert wilderness.

What is the land like, Moshe instructed the scouts to determine as they walked its length and width. What of the people living there, are the cities fortified, is the land fertile or lean, and what are the fruits like?

The scouts returned bearing the fruits of the Land in their hands and the negative reports of the Land in their minds and mouths: the people are powerful; the cities are fortified and large; we saw giants and our arch enemy, Amalek, there. We surely cannot ascend, for it is stronger than us!  Only two of the men remained committed to G-d and His land, Calev ben Yefunah and Yehoshua bin Nun, but their words of integrity were not enough to stem the rising tide of hysteria and panic.

On that tragic night, which became known as “Tisha B’Av”, The entire assembly raised up and gave forth their voice… and the nation wept on that night (Bamidbar 14:1).

In regard to this crying, the Sages famously teach: “That day (that the spies returned) was the eve of 9 Av, and G-d said to them: you cried for no reason, I will establish for you a crying for generations” (Taanit 29a).

This night and day of 9 Av became a day of pain and mourning, destruction and ruin, tears and fears, and on this very day, both the first and second Batei Mikdash were destroyed, which foreshadowed the many tragedies that have befallen our people since then.

How did such a disaster befall such a holy and exalted nation, who was at the pinnacle of glory and triumph as the generation of those redeemed from Egypt, who should have also been those who would enter the Land?

And they brought forth to the Children of Israel an evil report on the land that they had spied out… (Bamidbar 14:32).

Their downfall lay in the evil words they uttered and the slander they spoke about the Holy Land.

As we once again learn through Parsha Shlach, it behooves us to ask ourselves how often we are guilty of the very same sin.

How often do we follow the slanderous pattern of the spies, who began with praise of the Land - We came to the Land that you sent us to, and it is indeed flowing with milky and honey, and this is its fruit (14:27); and ended with the negativity they perceived in the Land - But! The people that dwells in the Land is powerful… (14:28).

We would do well to remember that the key to positive and constructive speech lies, not in the tongue, but in the faculty of emotion and thought. If we think positive, we will speak positive, and conversely, if we think negative, then so we will speak.

The Psalmist admonishes and exhorts us to be of those who see the good, for that which naturally follows will be kind, warm, positive, clean, polished, upright, productive speech.

Ps.34:13 - Who is the man who desires life, who loves day? One who always strives to see the good.

v.14–Hence, he will guard his tongue from evil and his lips from speaking deceit;

v.15–And in this way, he will be worthy to stay away from bad, and do good, which will lead him to seek peace, and chase after it.

On this passage, R’ Hirsch writes, “It is significant that the instruction in the practical application of the fear of G-d begins with the behest that we exercise control over our words, and, as we shall see, even over our thoughts; for speech and thought are activities which we constantly practice. Hence, there is no better task that we can set for ourselves, leading to the fear of G-d… than to resolve before Him alone never to speak ill of one’s fellow-men. The fulfillment of this one task requires constant self-observation and affords a unique opportunity for practice in attaining that control over oneself which is the essential basis of all G-d fearing, moral endeavor…

“Therefore, our training course in the fear of G-d must begin with practice in the control of the thought which, though still unuttered, is already being mulled over by the tongue.  We must keep our tongue far away from anything that is morally or socially evil, and sincerity shall be the stamp of our speech, of the words that we do utter. In instances where we really know of nothing good to say, we must practice the difficult art of keeping silent.”

It is no wonder that the Sages tell us: All my days I grew up amongst the wise men, and I found nothing better for the body than silence (Mishna Avos 1:17).

May we be humble enough to see the good that is all around us; may we be wise enough to know when and how to speak; and may we be kind enough to hold our tongues when we know of nothing good to say.