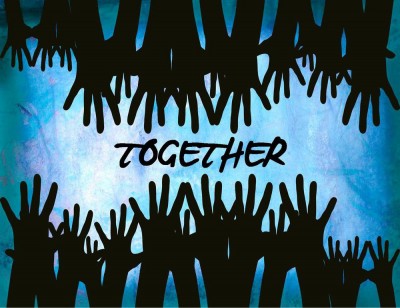 Towards the end of Parsha Naso, the Torah describes at great length the offerings of the Nesi’im (Princes) on the day that the Mishkan was sanctified. What is unusual about this section is that every Nasi offered exactly the same offerings, yet the Torah describes each one separately in virtually identical verses. We know that there are no extra words in the Torah, accordingly, the commentaries ask why it was necessary to enumerate the same information twelve times; why could the Torah not simply mention the offerings the first time and then simply say that all the other Nesi’im brought the exact same offerings?!

The Darchei Mussar, quoting the Alter of Kelm, answers this question: He writes that the Torah is coming to teach us how to relate to the individual’s performance of Mitzvot within the Jewish nation. A person may think that when many people perform the same Mitzvah then they are all subsumed within the group and there is no focus on each individual’s performance of the Mitzvah.

However, this is not the case; rather HaShem is happy at every single Mitzvah that every single Jew performs. This is because HaShem’s capacity to love and care for each Jew is infinite and is not hindered by the fact that He also loves so many other Jews. Accordingly, to the same extent that HaShem was gladdened because of the offering of the first Nasi, Nachshon ben Aminadav, He was also joyful at the offerings of all the Nesi’im. Therefore, the Torah deemed it appropriate to specify each set of offerings in and of itself.

This teaches a fundamental lesson about Jewish thought in contrast with that of other belief systems. The atheists, for example, cannot believe that each individual has any intrinsic worth. He is merely one of several billion human beings who are made up of flesh and bone just like all other living beings who reside in a small, insignificant planet in a minor Solar System that is in one of millions of galaxies. If an atheist would take this belief to its logical conclusion, he would feel a great sense of lack of self-worth because he is indeed insignificant.

In contrast, according to the Torah view, each person is of Infinite worth because he is made in the image of G-d and is beloved by Him. This is expressed in a number of Rabbinic sources: The Mishna in Pirkei Avos says: “Man is beloved because he was created in the image [of G-d]...” This Mishna is teaching us that since every person has a soul he is dear to G-d.

These sources emphasize the great value of each individual and teach us the logical consequences of this belief. Firstly, as we discussed above, one should realize his own self-worth. But moreover, this teaches us that no person is insignificant in the eyes of God, and therefore each person is obligated to view everyone else in this fashion and treat them accordingly.

The following story demonstrates the lengths to which this obligation applies.

Rav Isser Zalman Meltzer was in his home with some of his talmidim. One of them looked out of the window and saw a man approaching the house who appeared to be the great Brisker Rav (Rav Yitzchak Zev Soloveitchik). The talmid told Rav Meltzer, who quickly put on his Shabbos clothes in honor of the esteemed visitor. He then rushed outside to greet the Rav. As they approached the man it became evident that this was not the Brisker Rav, rather a simple Jew who bore a resemblance to the Rav. However, Rav Meltzer continued acting towards the man in the way that he would have had it been the Brisker Rav. He treated him with great honor, placing him at the head of the table and offering him food. The man, surprised at this royal treatment, said that Rav Meltzer need not burden himself in such a way. He had come to request a recommendation from the Rav for a certain matter. The Rav gladly fulfilled his request, and then accompanied him all the way out of the house. When the Rav returned, the astonished students asked why he went to such extremes to honor the man even after they realized that it was not the Brisker Rav.

He explained that in truth the Mitzvah of honoring Jews is so great that in truth we should honor every simple Jew in the same way that we honor great Torah scholars. However, due to our low level, the Mitzvot are not so important to us, and we do not treat each Jew with the honor he deserves. However, in this instance Divine Providence decreed that he should prepare to welcome a great Rabbi and why should he lose out on this great Mitzvah just because the visitor was simple Jew.  Moreover, he continued, how do we know that this man is a simple Jew. This story teaches us the extent of the value of each Jew, no matter who he is.

We have seen how the Torah went to great lengths to enumerate the offerings of twelve Nesi’im to teach that HaShem cares about every individual’s actions. This makes it incumbent upon us to respect ourselves and to treat others with the respect due to them. There is one final outcome of this tenet of Judaism; since God cares about every single action that every single person takes; each person must develop an acute sense of responsibility for his actions. In this vein the Rambam writes that each person should view the world as being constantly on a weighing scale of Mitzvot versus sins, and that every Mitzvah that he does could tip the scales for the good, and every sin that he commits could have the opposite effect. This should imbue us with a recognition of the importance of each and every action that we take.