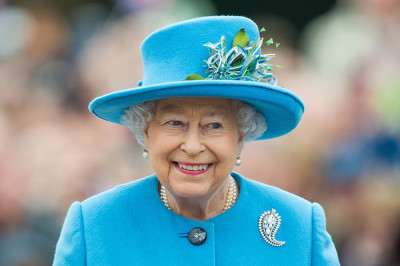 Last week, Queen Elizabeth died at the age of 96. She was Queen for more than 70 years, making her the longest-reigning monarch in British history. She began her reign when Winston Churchill was still prime minister and Harry S. Truman was the US president.

One newspaper described her as “an enduring presence, one who remained determinedly committed to the hallmark aloofness, formality, and pageantry of the monarchy.”

There have been increasing opinions that perhaps Britain would be better off without the monarchy. It is basically all formality, as the royal family wields virtually no real power in the government. But virtually everyone agreed, during the lifetime of Queen Elizabeth, that the monarchy would continue.

Incredibly, she was respected by all sides of the political spectrum and leaders throughout the world. She weathered many internal familial storms and challenges that rocked Britain over the decades, always maintaining her grace and dignity.

What was the Queen’s secret to the national, and even global, respect and admiration she commanded?

One of the keys to her success was her ability to maintain an aura of neutrality and transcend politics by remaining silent. In an age of constant opinions, social media rants, and political broadcasting, the Queen kept her personal views and opinions to herself. The public never knew where she stood on political matters.

During the contentious vote over Brexit, whether Britain should or shouldn’t leave the European Union, a newspaper published a front-page article with the headline, “Queen Backs Brexit.” The following day, Buckingham Palace released a statement: “The Queen remains politically neutral as she has for 63 years… The referendum is a matter for the British people to decide.”

It’s not hard to imagine that the Queen had an opinion on the matter. Yet she remained stoic and silent and would not divulge her personal feelings.

On a far more profound and challenging level, the ability to maintain an aura of silence was one of the components of the greatness of Queen Esther. King Achashveirosh was given over to ostentatiousness, glamour, and pomp. When he met Esther, he was taken by her reservedness, modesty, and humility. Her royal silence was a key factor in bringing about the Purim miracle.

When I was pursuing my social work degree in Fordham University a few decades ago, I generally adopted a policy of silence. The mental health field was and is extremely liberal-minded, sometimes shockingly so. Many of the viewpoints espoused in the classrooms were openly anti-Torah values.

Perhaps it was also shyness, but generally I was more reserved and hesitant about offering my opinions and viewpoints. It was interesting to me that my professors would often tell me, or comment on my papers, that they wanted to hear my voice. I assume because I wore a yarmulka and my tzitzis was visible, they particularly wanted to know my thoughts about matters being discussed. But I’m quite sure that if I began being more vocal, they would no longer be so interested in hearing what I had to say.

It’s one of the great ironies of life: Keep quiet and people want to hear what you have to say. Open your mouth and suddenly nobody is interested anymore.

One of the laws of Shabbos is that “your speech on Shabbos should not be like your speech during the week” (Shabbos 113b). On Shabbos, we don’t speak about business or plan for the week. We seek to live in the present and focus on our values and priorities. The royalty of Shabbos demands greater restraint in our conduct as well as our speech. Royalty entails knowing when to voice one’s opinion and knowing when silence is a better path.

We, the Torah nation, are true royalty. An important component of our monarchy is the ability to be able to restrain ourselves and remain silent.

As we prepare to present ourselves before the ultimate King on Rosh HaShanah, it behooves us to embrace our own majesty and royalty.