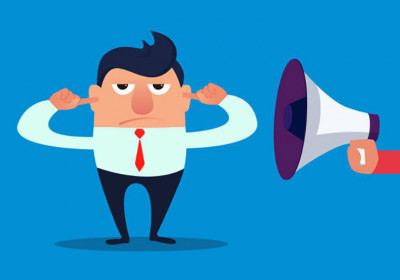 Among the list of things we take for granted is our dishwasher. What a gift to be able to place dirty dishes inside it, push a few buttons to run a cycle, and then open the door to find all the dishes fresh and clean.

Of course, the cure for taking things for granted is when we run into a problem with the device. One day recently, we ran out of the specialized soap pellets for the dishwasher. Our cleaning help surveyed the problem and figured that if we don’t have the pellets, she could just add liquid dishwashing soap.

Our younger children were delighted when they came into the kitchen shortly after, to find bubbles rapidly oozing out from the sides of the dishwasher. It took a great deal of bubble-cleaning and running a few cycles before our dishwasher was successfully de-bubblized.

We often tell our children that when someone bothers them, they should just ignore it. While there is merit to that idea, at times it can be unproductive. When a person is constantly angry and doesn’t know how to handle his intense feelings, over time just squelching them can have negative consequences. This is all the more true with children who have a harder time navigating their emotions.

I often tell clients that there are two vital ideas regarding emotions to bear in mind. The first is that we need to notice and respect our emotions. Our immediate emotions are generally automatic. We can learn a great deal about ourselves when we pay attention to our emotions in any given situation. We may wish that we didn’t feel a certain way. But wishing away an emotion doesn’t negate its reality.

In fact, this is an integral part of being honest with ourselves. Often, we convince ourselves that we don’t feel something because it’s not socially or even morally acceptable. But yet, the feeling lingers beneath the surface. Until we are willing to admit it, we will be unable to confront it and contend with it.

A simple example would be if one feels envious of another’s success. It’s hard to admit to feeling jealous. After all, jealousy feels petty and is also forbidden by the Torah. But it’s only if one faces the fact that he feels jealous that he can begin to try to exorcise those feelings.

At the same time, we must also bear in mind that emotions don’t always reflect reality. Although I may feel a certain way, and I need to be candid about those feelings, just because I feel them doesn’t mean my feelings are correct. Just because I feel angry at someone for something he did doesn’t necessarily mean that the person was wrong or deserving of my ire.

These seemingly paradoxical ideas are very much part of our reality.

When I was an elementary school social worker, students would often meet with me to discuss their frustration with another student who was bothering them. (It was not a bullying situation.) They would often begin by telling me, “I tried to “ginore” him but he’s not stopping” (I noticed that quite a few children think the word ignore is pronounced “ginore”). Their frustration and anger were compounded by the fact that, after following instructions to “just ignore it,” it didn’t make them feel any better.

Learning to ignore is incredibly important, but it’s part of being able to forgive and move on. If one is not able to actually let it go, pretending it doesn’t bother him will not alleviate the problem.

I tell younger children about a cat named Fester who is often forced to stay under the carpet. The longer he is kept under the carpet, the angrier he becomes. Eventually, he bursts out and begins running around madly, often even hurting people. Keeping Fester under the carpet is a recipe for disaster.

For us, too, allowing feelings to fester by sweeping them under the carpet only compounds the problem.

In marriage, too, we are taught how important it is to forgive and forget. However, at times we may be unable to do so for whatever reason. If we shove down the unaddressed feelings, they will not disappear, but may resurface in more unpleasant ways later on. We may try to ignore feelings because it’s uncomfortable to address them. But doing so causes them to fester.

If we try to pour soap on our emotional dirt and quickly shut the door on them, we will have to deal with the mess that will unwittingly ooze out from the sides. To fix the problem, we have to face the problem. It may not be pleasant in the moment, but there’s a much better chance that the situation will be able to be resolved, fresh and clean.