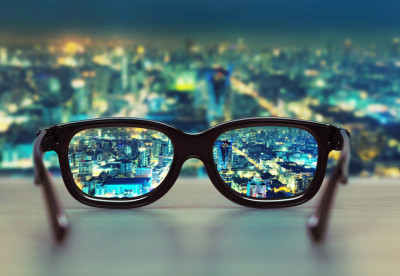 I read an article recently which supposed that movies have gotten longer in recent years. Twenty years ago, the average running time of the top five grossing movies of the year was a bit more than 118 minutes. There were even some popular movies that were closer to 100 minutes. In 2012 however, the average movie was 142 minutes.

The article offered various theories about why movies are so much longer. One of those theories was that it simply makes sense. Hollywood has decided to take a lesson from corporate America which supersizes everything.

It is intriguing that in a society which has so little attention or time for almost anything, people find 142 minutes to watch a movie. What’s more intriguing is that recently there has been a proliferation of clips of inspirational Torah thoughts, many of which have moving images behind them to sustain the viewer’s attention, which are less than 142 seconds!  [My intent is not to knock those clips which indeed are very inspirational. I am merely pointing out the disturbing contrast.]

On Pesach however, the same korban was offered each day of the holiday. [That is part of the reason that only ‘half-hallel’ is recited on Pesach (with the exception of the first day).] On Pesach, instead of it being a new holiday each day, it is a seven-day holiday unit, with one primary focus.

In our attention deprived society, the ability to focus on one idea and trying to internalize a concept, is very challenging. Pesach is the birth of our nationhood and the holiday of faith in Hashem. For the duration of the holiday we reflect on the involvement of Hashem in every facet of
our life.

The story of the exodus is not a blockbuster movie or a bestseller. It is a story with deep implications for which we must create our own mental imagery. It’s not so much the depictions of what occurred back then, as much as it is about us applying those ideas to our own contemporary lives.

That week-long focus must generate an awareness that remains with us. Like the afikomen, its taste must linger in our mouth long after the Seder has concluded.

Rabbi Dani Staum LMSW is the Rabbi of Kehillat New Hempstead, as well as a rebbe and Guidance Counselor at Heichal HaTorah in Teaneck, NJ, Principal at Mesivta Ohr Naftoli of New Windsor, and a Division Head at Camp Dora Golding. He can be reached at: This email address is being protected from spambots. You need JavaScript enabled to view it. . Looking for “Instant Inspiration” on the parsha in under 5 minutes? Follow him on www.Torahanytime.com.