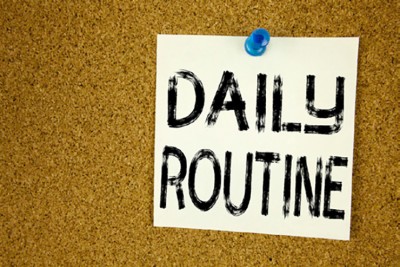 I’m considering writing a #1 New York Times Bestselling book. My hesitation is because of my extreme humility I’m not sure I want to publish such a popular bestseller. But if I do, I think it’ll be called “Two Steps to Perfect Relationships”. The fact that it doesn’t guarantee perfection isn’t important. I’ve noticed that many other New York Times Bestsellers do not quite live up to their grandiose and emphatic titles either.

In my opinion, the first step towards great relationships is to create positive habits that enhance the relationship. This includes doing things that deepen the connection and refraining from engaging in behaviors which weaken the relationship.

The second step is to ensure the relationship is vibrant by investing it with emotion and excitement, thereby ensuring that it doesn’t become stale. In other words, it’s not enough to do what needs to be done, there must also be feeling as well.

That’s basically the book in a nutshell. The other three hundred pages would be giving examples and building on those two principles.

Where did I get these two ideas/components for a successful relationship from?

It is axiomatic that in Judaism we don’t merely commemorate or mark historical events. There is little purpose in celebrating or mourning the past. Rather, we seek to re-experience and annually remind ourselves of the timeless lessons that were manifest back then and continue to be relevant in our time.

The fasts of Shiva Asar b’Tammuz and Tisha B’av are the bookends of the three-week period of mourning for the destruction of the Beit Hamikdash.

One of the five tragedies that transpired on Shiva Asar b’Tammuz was that the Korbon Tamid - the first and last offering in the Beit Hamikdash each day - ceased being brought. The Tamid was the symbol of consistency and routine. Its loss marked the painful cessation of the spiritual routine of the daily avodah.

Prior to the destruction of the Beit Hamikdash, the prophet Yeshaya tried to warn the nation of the impending destruction that would occur if they didn’t improve their sinful ways. We read Yeshaya’s reproof, from the opening chapter of Sefer Yeshaya, during the Shabbos before Tisha B’av.

The prophet conveys the painful message that Hashem was not pleased with our avodah because it had become a matter of trite rote. The kohanim would perform the avodah as a matter of duty, solely to fulfill their obligation. The emotional connection, the feelings of love, yearning and striving had faded away. Hashem informed the nation that He no longer was interested in their offerings. When there is no heart or emotion, the avodah no longer pleases Hashem.

Rav Moshe Weinberger recounts that the following scenario has repeated itself numerous times throughout his years as a rabbi. A couple will come to meet with him in his office because they are having issues with their marriage. The husband will say that he doesn’t understand what is bothering her. He provides well for her, buys her presents on her birthday, takes her on vacation, and lets her buy whatever she wants. So what is she so miserable about? Meanwhile she is holding a box of tissues and tears are flowing freely down her face.

Rabbi Weinberger notes that the husband has totally missed the boat. Marriage isn’t built on things and stuff; it’s about connection and relationship. All the stuff and amenities in the world can’t buy the feeling of being cherished and appreciated. It’s hard to convey that in words but that’s what is troubling her.

Hashem, as it were, has the same complaint against His beloved nation. Judaism isn’t only about the number of mitzvos or the pages of gemara one learns. It’s also about fueling a divine relationship and seeking to live a life of connection with Hashem.

At Har Sinai, Klal Yisroel declared “na’ase v’nishma - we will do and we will hear.”

Doing refers to the actions one takes - the mitzvot, positive habits, routines and rituals one performs in his service to Hashem. Hearing refers to developing a deeper connection. Hearing the true will of Hashem, beyond the raw commandment. Hearing is about connection and relationship.

The three weeks of mourning begin with the loss of routine, which we mark on Shiva Asar b’Tammuz. It culminates with Tisha B’av when the Beit Hamikdash was destroyed because the spark of emotional connection became extinguished.

If we internalize the message of these two fast days and work to strengthen our positive habits and to infuse them with passion and emotion, we can be confident that what was destroyed will be rebuilt.

These are the “Two steps to Perfect Relationships” - in our marriages and friendships and l’havdil with the divine.

By the way, if you see my New York Times Bestseller on the shelves, make sure to grab it - because it’s going to be gone faster than the two fasts upon which its main idea is based.