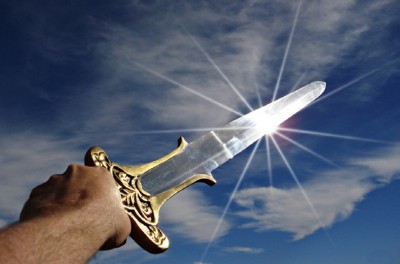 The miracle of the oil - Why do we celebrate Chanukah?

“When the Yivanim entered the Beit HaMikdash, they defiled all the oil set aside for lighting the Menorah. When the Chashmonoim were victorious, they searched and were able to find only one small jug of oil with the Kohen Gadol’s seal intact. It had sufficient oil to last only one day, but miraculously it lasted eight days. In honor of the miracle of the oil lasting eight days, Chazal inaugurated these days for Hallel and thanksgiving.” — Gemara Shabbat 21b

Al Hanissim: the miracle of the battle

The Maharal states that this Gemara seems to contradict what we say in Al Hanissim, a tefilah that was written by the Tanaim hundreds of years before. In the Al Hanissim, we proclaim thanks to Hashem for the miracle of the war. We thank Hashem for delivering the Yivani armies into our hands. “You fought their battles, judged their judgments, took their revenge. You put the mighty into the hands of the weak, the many into the hands of the few…” According to the Al Hanissim, the miracle of Chanukah was that Hashem delivered us from the armies of the Yivanim. Yet the Gemara in Shabbat says that we celebrate Chanukah because of the miracle of the oil lasting eight days. The Maharal asks, “Which one is correct?”

The Maharal answers that both reasons are true, and both are consistent with each other. The actual event for which we give thanksgiving and sing Hallel is the salvation of the Jewish people. We won a war against all odds. However, it wasn’t clear that the victory was a miracle. To people living in those times, the military success seemed to be natural. It was attributed to Jewish resilience and bravery. It didn’t appear that Hashem had delivered us from the hands of the Yivanim; rather, it appeared as “their might, and the strength of their arms.” It was only through the miracle of the oil that they came to understand the miracle of the battle. Once people saw the oil last eight days – an overt miracle from Hashem — they then came to see that their success on the battlefield was from Hashem as well. The miracle of the oil revealed to them the miracle of the war.

Israel didn’t have a standing army

This Maharal becomes difficult to understand when we take into account a basic historical overview.

The events of Chanukah take place around the middle of the era of the Second Beit Hamikdash. From the time that Bavel destroyed the first Beit Hamikdash up until that point, the Jewish people lived under the reign of gentile monarchies. Our right to exist and our form of self-government was decided by the ruling parties. We were a vassal state under foreign rule, and when the Yivanim entered Yerushalayim, the Jewish people did not even have a standing army.

This wasn’t a war of a stronger army against a weaker opponent. It was a war in which the most powerful empire in the world was pitted against a band of unorganized, unarmed, private citizens.

While the war itself lasted three years, during the entire first year of fighting, there were no formal battles. Two armies were not squaring off against each other; there was no Jewish army. The fighting consisted of guerrilla skirmishes. Some Jews would sneak up on a lone detail of Yivani soldiers, kill them, and take their arms. Bit by bit, more Jews would join Yehuda Ha’Macabi, but at every point during the war, the Jews were far outnumbered, outgunned, and preposterously less battle-ready than their enemies.

The leaders of the rebellion were Kohanim

Even more startling is that almost all of the original fighters had no battle experience. The leaders of the rebellion were Kohanim. A Kohen is a Torah teacher, one who serves in the Beit Hamikdash, one who guides the Klal Yisroel in ruchniyut (spiritual matters). He isn’t a soldier. So this was a war led and fought not by soldiers, but by roshei yeshiva. It was akin to Reb Shmuel Kaminetsky leading the Lakewood Yeshiva in battle against the US Marine Corps.

How could anyone not see the miracle of the war?

No intelligent assessment of the situation would have predicted a Jewish victory. How then is it possible that the Jews at the time saw these events as anything other than the miracles that they clearly were?

This seems to be natural to the human

The answer to this question seems to be that when one is many years away and far removed, he gains a historical vantage point. He is able to see an event in context and can easily recognize it as a miracle. But to those living in the day-to-day heat of the battle, it is much more difficult to see the event from that perspective.

To those involved, it seemed to be a natural course of events. Granted the odds were slim, but the Jews won. Skirmish after skirmish, battle after battle, the Maccabees came out victorious. There is no question that they did well, which is why it seemed that their skill, their cunning, and their wisdom in battle won those wars. And as such, to people living in those times, the miracle was hidden. And then a single event focused their sight.

We see the same phenomena in our times

In our own times, we witness an eerie parallel to these events and to the same mistaken interpretation.

For almost two thousand years we have existed as a lone sheep amongst seventy wolves. Universally hated and oppressed, the Jewish people have survived. And now, after almost 1900 years of wandering, we find ourselves back in our own land.

Since 1948, the Jewish nation has witnessed profound miracles in the repopulation and development of the land of Israel. But it is the survival of our people that is the greatest miracle.

In 1948, the population in the Middle East numbered roughly 650,000 Jews, surrounded by some 50 million Arabs. On May 15th, 1948, one day after the State of Israel was declared, five nations attacked, each with well-trained armies and air forces, each alone capable of annihilating the small band of Holocaust survivors. At the time there was no Jewish army, navy or air force. Yet, against all odds, we won that war, and against all odds we continued to win war after war – until now, ironically, when the Jews are considered the superpower in the region.

To most people, Jew and gentile alike, it seems that this is just the way of the world. To the average witness to these events, it isn’t a demonstration of the hand of Hashem. It is just the ebb and flow of history.

The lesson of Chanukah is to see behind the veil of nature, to tune our sight into the true cause of events, and to see that it is Hashem Who runs the world and fights our wars – then as now.