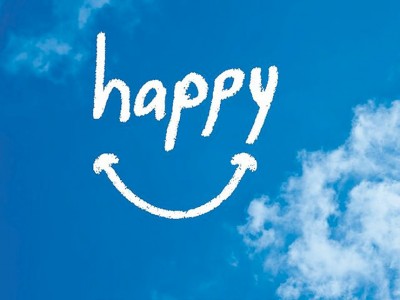 “Because you did not serve HASHEM, your G-d, amid gladness and goodness of heart when everything was abundant.” — Devarim 28:47

The destiny of the Jews

The fate of the Jewish people is unlike that of any other nation. We are either exalted and revered or downtrodden and oppressed — there is no middle ground. If we follow the ways of HASHEM, the Torah assures us that we will live a life of prosperity, abundance, and peace. Secure in our borders, finding only goodness and happiness in our land, we will be blessed. However, if we reject HASHEM’s ways, then we will be cursed; oppressed, and tortured, — hunted down by our enemies until we are thrown out of our land..

At the end of a long prophecy of what will befall us if we don’t follow the ways of HASHEM, the Torah seems to lay the blame on one issue: because you did not serve HASHEM, your G-d, amid gladness and goodness of heart when everything was abundant. It seems the pivotal point of these two extremes is based on simcha.— Implying that serving HASHEM with happiness is critical to our success as a nation.

Rabbeinu Bachya explains that this is because the mitzvahs must be done with joy and complete devotion. When the mitzvahs are done without joyfulness, they are lacking in their effect, and this can be part of the spiral downward.

He then gives an example of a mitzvah that wasn’t done with complete motivation. The Medrash tells us that when Reuvain attempted to save Yosef from his brothers, he said, “Let us put him in the pit.” His intention was to buy some time to eventually save him. However, had he realized that he would be recorded in history as the one who saved Yosef, he would have put him on his shoulders and carried him home to his father. From here we see the importance of doing a mitzvah with complete dedication and commitment.

The power of Simcha

This Rabbeinu Bachaya is difficult to understand on two levels. First, how can the Torah command me to be happy? Being happy isn’t an emotion that we can turn on and off like a light switch. And second, how can we compare the effect of doing a mitzvah joyfully to the case of Reuvain? That was a classic example of kavod. We are well aware that honor is one of the most powerful driving forces in the human condition. Public recognition, fame, and having one’s name in the floodlights of history are things that people in every generation kill for. Granted Reuvain was a tzaddik, but the fact that he would have been titled the savior of Yosef for eternity is something that would propel a man to extremes. How can that be compared to something as minor as joy in the performance of a mitzvah? While happiness when doing a mitzvah may be a nicety, it certainly can’t be ranked up there with kavod as a driving force.

The answer to these questions can best be understood through a different perspective.

If I were a rich man

Sheldon G. Adelson, the son of immigrant parents, grew up in a poor neighborhood of Boston. His father was a taxi driver; his mother ran a knitting store. At a young age, Adelson began showing an entrepreneurial spirit, first by selling newspapers on local street corners, and then by becoming the owner of his first business at age twelve. Over the course of his working career, he built over fifty companies. He is now the owner of Las Vegas Sands Corp., the parent company of the Venetian Resort.

In 2003, his net worth was ranked at 1.4 billion dollars. While that is an impressive sum, it didn’t put him anywhere near the richest people in the world. However, when he took his company public, a rather interesting thing happened. His personal wealth increased by 750%. By 2004, his personal worth had increased to over 20 billion dollars, making him the fifth richest man in the world. Forbes magazine estimates that over those two years, Adelson’s fortune had been growing by $1 million every hour.

I want you to imagine for a moment what it must feel like to know that your wealth is increasing at that rate. You sit down to a leisurely lunch and walk away a million dollars richer. Open a Gemarah for the daf HaYomi – there’s another $750,000. Lie down for a Shabbos nap; wake up three million dollars wealthier. What it’s like to be alive! Every moment I live, I become richer, and richer…. I can’t wait…

I have no plans of dying

The single most difficult concept that we human beings deal with is our mortality. While we are cognitively aware of it, emotionally we just don’t feel it will happen. With that emotional blindness comes blindness to the value of our actions. Since in our operating reality, I will never die, then what I do or don’t do really doesn’t matter.

If for a flashing moment, I were to see what the World to Come will be like for me, I would effectively lose free will. The extraordinary accomplishment of one mitzvah would so overwhelm me that I would be completely and radically different — not different physically, not smarter, but much more driven to accomplish my purpose in life. When Chazal tell us over and over again that mitzvahs are worth far more than the greatest treasures in this world, it is because they had that clarity. They understood what it will be like for each of us as we regale in our great wealth. In that World, we will look back at every chance we had to grow as the greatest opportunity ever given to man. We will look back at our mitzvahs, and they will bring us far more joy than earning than a million dollars an hour.

This seems to be the answer to Rabbenu Bachya. One of the greatest motivators in the human is enthusiasm. That enthusiasm is based on a value system. If I value money, I will be driven to pursue it, and the acquisition of it will bring me great joy. If I gain a deeper perspective on life, then I experience elation, knowing that my net worth in the World to Come is growing at an incredible rate. My investments are paying back in spades. That excitement is one of the most powerful motivating forces — equal even to kavod. With it, a person can reach great heights. Without it, a person’s avodas HASHEM can become stale and lose its potency, thus beginning a downward spiral.

Ultimately, joy is a great force that both allows a person to enjoy his short stay in this world and propels him to achieve the greatness for which he was created.

For more on this topic please listen to Shmuz #51 – Bitachon and Hishtadlus – Finding the Balance.