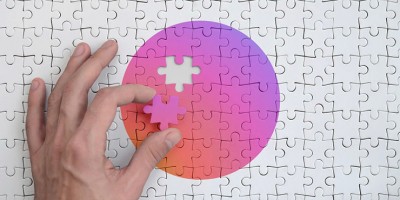 One of the unique features of Purim, are the mitzvos concerning giving to one’s fellow Jew.  We are obligated to give mishloach manos and matanas la’evyonim.  There is no other festival in which there is a similar obligation of chessed (kindness).  What is the connection between these mitzvos and the story of Purim?

This question can be answered by analyzing of some of the passukim in the Megilla.  When Haman approaches Achashverosh with his plan to destroy the Jewish people, he outlines why they do not deserve to be kept alive.  “And Haman said to King Acharshverosh, there is one nation scattered and dispersed (mefurad) among the people.” The commentaries explain that Haman was making an accurate criticism of the Jewish people, one which helped convince the King that they would not be protected by HaShem.  Haman was arguing that the Jewish people were not unified and accordingly, they were lacking the Divine protection that they merited when they were unified.

Accordingly, one of the most important ways of removing the decree of destruction from Above, was to renew the sense of unity amongst the Jewish people. Rav Yonasan Ebeshitz zt”l explains that this was the intention of Esther when she instructed Mordechai how to overturn the decree. “Go, assemble all the Jews to be found in Shushan, and fast for me.” She recognized that only a unified effort could overturn the decree.

Indeed, this approach succeeded.  The Vilna Gaon zt”l demonstrates in a number of passukim, that the Jewish people displayed great unity when they finally took the upper hand against their enemies.   “The rest of the Jews throughout the King’s provinces gathered together and defended themselves (amad al nafsham)..”  The Vilna Gaon notes the word ‘amad’ is in the singular form, as opposed to the plural form of ‘amdu’.  This, he writes, demonstrates that they were completely unified, as if they were one entity.  Soon after, the Megilla informs us that Mordechai instituted the festival of Purim.  In reaction, it tells us that, “The Jews undertook (kibel) to continue the practice they had begun..”  Again, the word, ‘kibel’ is in the singular form, further demonstrating that they were unified.  Finally, the Sifsei Chaim adds a similar explanation to the famous verse in which, according to Chazal, the Jewish people willingly accepted the Torah: “They fulfilled (kiymu) and accepted (kiblu) upon themselves…to observe these two days…”  The word kiblu is read in the plural form, however it is written in the singular ‘kibel’, again alluding to the fact that they accepted the Torah in complete unity.

With this understanding of the significance of unity in the Purim story, it is easy to understand why Chazal instituted mitzvos in the realm of bein adam lechaveiro.  Purim reminds us of the importance of unity amongst the Jewish people.  Giving to one’s fellow Jew is an excellent tool to help us care more about them.  Moreover, it is not enough for a person to give to one’s friends alone, he must not ignore those who are far less fortunate - the destitute people who are easily forgotten about.   Therefore, in addition to Mishloach Manos, Chazal instructed us in matanos la‘evyonim..

We now understand that disunity was a key factor in the decree against the Jews, and how increasing unity played a significant role in the removal of the decree.  However, it remains unclear as to why the Jews were so lacking in unity at this time, and how they were able to rectify this flaw.  The Sifsei Chaim addresses this issue by bringing the explanation of Rabbeinu Yonah on a passuk in Mishlei.  Shlomo HaMelech writes: “Taava yevakesh, nifrad”  Rabbeinu Yonah explains this to mean that a person who follow his desires, will become alienated from his friends.  This is because natural desires are inherently self-serving and clash with the desires of everyone else.  Accordingly, a person who only cares about satisfying his desires will have divergent goals from the people around him.  Consequently, a society that is full of such people will not possess any unity.   Haman understood that the Jewish people had become influenced by the ideologies and desires of the various nations that they dwelled in, accordingly he stressed to the King that the Jewish people were “spread out and dispersed among the nations.”  Sifsei Chaim explains that he deliberately emphasized the fact that they were among the nations, because this was the cause of their disunity.  Each Jew’s goals were influenced by those of the surrounding societies, therefore there was no unity amongst the Jewish people as a whole.

Rabbeinu Yonah continues by explaining that the key to unity is a common goal - that of serving HaShem.  The Jewish people can only achieve their role in the world by sharing this common purpose.  When this takes place, problems of machlokes and damaging competition dissipate, allowing the people to focus all their efforts on doing HaShem’s will.  This is what famously occurred before the Giving of the Torah at Har Sinai.  Chazal tell us that they were unified to the extent that they were “like one man with one heart”.  It was no coincidence that they attained this level of harmony at Har Sinai.  It enabled them to focus all their energies on accepting the Torah; had they been involved in disputes, they would have been unable to properly accept the Torah.

Esther recognized that the disunity of the Jewish people was caused by their divergent goals, and that taiva played a key role in causing this disunity.  Accordingly, she instructed that the people should gather together in the context of a fast.  As well as the obvious reasons for fasting, abstaining from physical enjoyment can weaken a person’s attachment to his physical desires and help him focus on Avodas HaShem.  In this way, it seems that the fast helped the people reconnect with their true goal of doing HaShem’s will.

Similarly, it seems that it is no coincidence that the unity they Jews achieved when they fought their enemies, came about after fasting on the 13th of Adar.  Again, the fasting strengthened their ability to weaken their own selfish desires and focus on the single goal of fulfilling Ratson HaShem.  Morever, this level of unity enabled them to re-accept the Torah just as they had done at Sinai.

With this insight into the connection between weakening of taiva and unity, we can now attain a deeper understanding of  mishloach manos and matanos la’evyonim.  In order to attain the level of unity that the Jews reached, we must detach ourselves from our natural taivas.  That is always a difficult task, and this is even more so, the case on Purim when we greatly involve ourselves in the physical world.  Giving gifts and money to our fellow Jew is an excellent way of ensuring that we do not get pulled down into the selfishness that results from following one’s taiva.  By thinking about, and giving to, other people, we can ensure that our eating and drinking help bring us closer to HaShem and not further from Him.

Purim is a time when we remember the importance of unity to the Jewish people.  May we merit to focus all our energies on the common goal of fulfilling HaShem’s ratson.