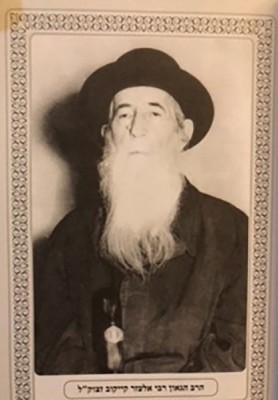 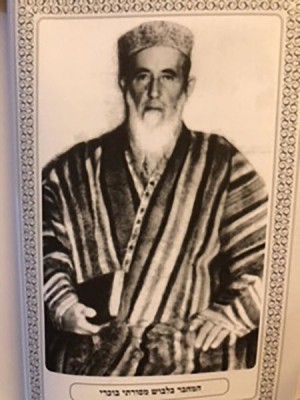 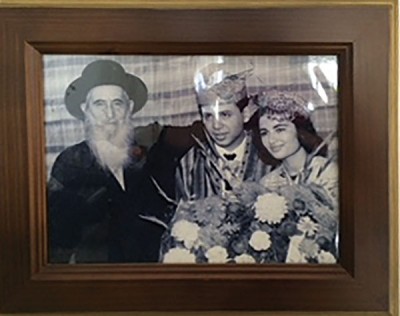 In the words of Mr. Nissim Tajir, “Mishpachat Kaikov gave three treasures to Klal Yisrael: Rav Yaakov Kaikov, Rav Chizkiyahu Kaikov, and Rav Elazar Kaikov.” Although these three stick out as the more famous Kaikov rabbanim, the Kaikov family is more or less known to have a strong association with the Torah, giving us chazanim, shochtim, Baal Kriah, etc. Very often, when a regular working class Kaikov family would move out of Samarkand (the Kaikov’s origin for hundreds of years), they would find themselves affiliated with some sort of rabbanut position–for example, Yona Kaikov (great-grandfather of KaykovMedia owners) or David Kaikov (grandfather of Mrs. Diana Alishayev). It is a well-known Kaikov tradition (in the name of the aforementioned Kaikov Rabanim) that the Kaikov family are descendants of the Paroshim family of Yerushalayim.

The Mishnah in Masechet Taanit mentions that when Ezrah Hasofer assisted in the rebuilding of the second Bait Hamikdash, there was a need for donations to buy the wood for the mizbaiach. A raffle was set up amongst different families who participated in this opportunity, one of which was the Paroshim family, who ended up donating the wood twice. The Mifarshim explain that the Paroshim family is a direct descendent of David Hamelech. The reason why the Paroshim family members changed their last name to Kaikov is because the Hebrew word “Parosh” means “Kaik” in Bukharian.

The furthest I have been able to research the Kaikov ancestry was to Shimon and Augul Kaikov. Personally, I am Yisrael ben Baruch ben Rachman ben Chiya ben Mashiach ben Yosef Chaim ben Shimon Kaikov. Every Kaikov I have met has a place somewhere on that tree. On a side note, if someone can track it back farther, please contact me at the email stated below. Rav Elazar was born in 1888 to R’ Abba (Ben Shimon) and Tova Kaikov, in the city of Samarkand. Aside from learning by his father and other family members, Rav Elazar was a talmid muvak (student) of the esteemed Rav Shlomo Leib Eliazarov (the uncle of the Posek Hador Rav Chaim Nae). Rav Elazar would sell wool as a trait and would learn Torah at every available moment. In the year 1932, at the age of 44, Rav Elazar realized that it was time to leave Samarkand and embark upon his lifelong dream of returning to Eretz Yisrael. Rav Elazar gathered a group of families and, with a Sefer Torah by his side, began the long voyage. At first, his goal was to get to Persia, where he would be able to put together his legal papers, and then finally proceed to Yerushalayim, which was then under the British Mandate. Rav Elazar had to pay an enormous amount of money for someone to guide him into Persia. After much traveling by donkey, camel, and even by foot, Rav Elazar’s group arrived in Persia. The group had to stay in Persia for about two years before they would be able to proceed. A tremendous amount of Divine assistance was obvious in this voyage. For example, when Rav Elazar’s family was finally ready to proceed to Israel, they all settled in the train. The conductor walked over to Rav Elazar and demanded three more coins for his fee. The poor Rav put his hand into his pockets and realized that he had no money left. The conductor told him that if he couldn’t come up with the remaining money in five minutes, the whole family would be kicked off the train. Being a descendant of David Hamelech, he remembered his misorah: “Never give up–even if a sharp sword is on your neck.” Rav Elazar picked up his hands and began to pray “Esa ainaiy el heharim.” Before he knew it, three old men with white beards appeared before him, and each handed him a coin. Rav Elazar quickly gave it to the conductor, and when he turned around to thank the three men, they were nowhere to be seen.

After much turmoil, Rav Elazar’s group finally arrived in Yerushalayim in 1934. After a year they realized that the financial situation in Yerushalyim was extremely challenging. The family was convinced to move to Tel Aviv in the new Makabi neighborhood that’s known today as Shchunat Hatikvah. In Makabi, Rav Elazar spent the rest of his life learning and teaching Torah. In the beginning, there was no Bukharian shul, so he would walk a long distance to the Kusaioff Shul in the Flourntine neighborhood. He continued to do this until the Fuzailoff Shul was opened in Givat Moshe (between Kiryat Shalom and Shchunat Tikvah). From that day on, he found his last residence in this world.

Rav Elazar was known to fast very often on Mondays and Thursdays for the success of Klal Yisrael. It was well known amongst the community how painful the Holocaust in Europe was to Rav Elazar. He was known to rarely get upset and forgave very fast. Rav Elazar possessed all of the positive attributes of Chazal. Although he wasn’t the Rav in the shul and always ran from kavod, it always ran after him. People flocked to him for brachot and when he would walk into the shul, the radiation of his kidusha would be noticeable and cherished. After Yom Kippur, he would open a sefer and learn until his son would come and take him home to eat. Rav Elazar was a shochet, mohel, and sofer. He was well-learned in Shas and Poskim, which were taught to him by his father and rebbi, Rav Shlomo Leib, before he arrived in Eretz Yisrael. Rav Elazar devoted much of his life to Chachmat Hanistar (Kabala), and left behind beautiful Divrai Torah in his sefer, Likutai Rav Elazar Kaikov, published by his son in 2012.

Rav Elazar was nifter in the year 1967 (5728), the second day of Mar Cheshvon, at the age of 79. He was buried in Har Haminuchot and eulogized by all the elite Bukharian rabbanim: Rav Yehudah Ari Chaimoff, Rav Benzion Arbashoff, Rav Eliyahu Rabin, Rav Benzion Rabin, and many others.