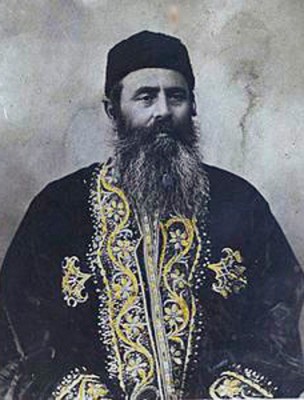 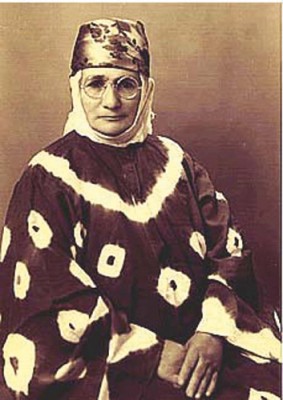 If there is one Bukharian Jew more famous than our dear Mr. Lev Leviev, it’s probably HaRav Shlomo Mussaioff, zt”l. Although today he is known for his arguably busiest minyan factory in the world, Rav Shlomo was an iconic pioneer for all Jewry. Despite the fact that it’s been 92 years since his passing, the renowned “Mussaioff” shul is bustling thousands of mitpalileem every single day.

Born in Bukhara on the 22nd of Tevet 1852, the holy nishamah of Rav Shlomo descended into the home of R’ Yaakov and Sara Mussaioff. As a child, his potential was already noticeable, so his father took him to learn in the Yeshiva of Mulla Pinchas Niaz. Although his genius would have greatly contributed to his father’s bustling business, his father was totally aware of the irreplaceable “girsa diyankuta” (the learning accomplished at one’s young age). When Rav Shlomo was of marriageable age, he wed Esther, the daughter of Chacham Avraham Chaim Gaon. Later on, as a widower, he married Malka, the daughter of his rosh yeshiva, Mulla Pinchas (Hakatan) Niaz.

During the 1870s, the Jews of Bukhara started a campaign preparing a mass exodus from Bukhara (and its sub-cities) to Yerushalayim. It must be noted that at that time, the Bukharian Jews were not just spiritually rich but also monetarily. In fact, it once happened that the famous Baron Rothschild came to visit Bukhara, and upon his departure he offered a large sum of money to the nasi of the community, R’Binyamin Niaz. The Baron requested from R’ Binyamin, “Please allocate these funds to the poor of your community as a small token of my appreciation for the community’s marvelous hospitality.” R’ Binyamin held the generous donation in his hand and portrayed a rather puzzled expression. “Is there a problem?” the Baron asked him. R’ Binyamin replied, “That is quite commendable of you, but you must take this donation back.” “Why?” asked the Baron. R’ Binyamin stretched out his hand to return the money and replied, “There are no Aneeyim (poor people) amongst the Bukharian Jews.”

As the committee for aliyat Yisrael was growing, Rav Shlomo ended up playing a large role in its success. He was appointed as the treasurer of the committee of five. Eventually, he made the courageous move to Eretz Yisrael in 1890. Despite the fact that an epidemic had broken out in Bukhara, Rav Shlomo was not deterred from making such a monumental move. He first moved to a neighborhood called Nachalat Shiva, and then moved to Shchunat Habukharim. Rav Shlomo was from the first Bukharian Jews to build his house in what is today called Shchunat Habukharim. After settling in Eretz Yisrael, he became a talmid muvhak (student) of Rav Yishua Shushan. Rav Shlomo was a hidden tzadik who always ran from kavod (honor). The chesed that he performed with his distribution of sefarim and charity made it clear that he was indeed a tzadik. He also had a priceless library of sefarim that contained handwritten books written as far back as the 14th century, which came in great use for all the great chachamim who used them. Rav Shlomo never took a penny for his rabbinical leadership; he supported himself by selling jewelry and archaic collectables. A large part of his library can be found today in Bar-Ilan University.

About four years later, Rav Shlomo took upon himself the groundbreaking task of building a shul in the middle of his courtyard. The building of this shul and the story behind it is rather unique. According to the family archives, at that very time, Sir Moses Montefiore was at the forefront of refining the vandalized Kotel. Rav Shlomo and Sir Moses together cleared out the garbage that was littered by the Arabs at the Kotel. As they were clearing, they came across stones that belonged to the Kotel. Rav Shlomo was given one of those stones and placed it in the northern wall of his Bait Kineset. The water used for the shul’s construction was drawn from the famous Nikvat Hashiluach (which is encouraged by the Kabalah). To further sanctify the construction of this magnificent edifice, the entire construction procedure was accomplished only by Jews.

As time went on, the shul became very popular. It now hosts 25 minyanim every Shabbat and nonstop minyanim throughout the week. The shul also hosts shiurim given by leading rabbanim, from Rav Chaim Nae (of 100 years ago) to present-day Rav Ben Zion Mutzafi, shlita. The Bait Kinneset is called “Sham,” short for Shlomo Mussaioff.

It is interesting to note that Sefer Sichat Chulin on Masechet Chulin was written by a great-grandson of Rav Mussaioff. The author, Rav Amitai Ben-David (Davidov), is the grandson of Rav Shlomo’s daughter. Rav Shlomo Musaioff was niftar on the 8th of Nisan 1922, and was buried on Har HaZaitim. Yihee Zichro Baruch.