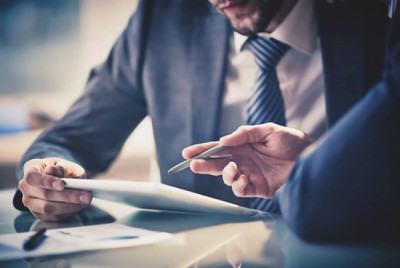 The Torah tells us “You should go with innocence before Hashem.” Rashi explains that a person should accept the lot that Hashem gives him without trying to discern the future, rather he should accept everything with love and innocence.

The Chofetz Chaim would make an inference from the passuk; it says that one should act with innocence with Hashem, but not with other people. During a person’s dealings with others he should use great wisdom and thought and not let himself be duped by untrustworthy people.  The example he would bring was that of Yaakov, who was called an ‘ish tam’ and yet acted with great cunning in his dealings with Lavan.

On one occasion a number of B’nei Torah complained to the Chofetz Chaim about how they had been tricked out of a large amount of money by dishonest merchants. He told them this passuk and noted that since they had spent so much time in Yeshiva, they had become used to going in temimus with Hashem. Their error, however, was that they had thought that it is also possible to go in temimus with their fellow man as well.

This lesson of the Chofetz Chaim zt”l seems very logical, however it needs to be reconciled with the mitzvah of “b’tzedek tishpot es amisecha:” This mitzvah teaches us that we must strive to judge our fellow man favorably, even when it seems that he is acting in a negative way. How is it possible to judge people favorably whilst simultaneously being suspicious of their righteousness?

One could answer simply that we must, in our minds, judge our fellow favorably, but at the same time, be careful to take practical precautions to avoid being harmed in the eventuality that the other person is not trustworthy. There are two problems with this approach:  Firstly, it seems almost impossible to adopt such a seeming contradictory attitude to the same person - how can a person be expected to genuinely judge his fellow favorably and simultaneously treat him in a suspicious manner?  Secondly, it seems difficult to say that the Torah should command us to give the benefit of the doubt to people of whom there is genuine reason to treat with distrust.

In order to reconcile these concepts, it is necessary to analyze the mitzvah of “b’tzedek tishpot es amisecha” on a deeper level. There are many stories in which a person seemed to be acting in a clearly negative way and yet in truth there was some wild explanation for their behavior. Such stories imply that the mitzvah to judge favorably requires that we always strive to find the benefit of the doubt even when doing so seems to defy logic. In truth, this does not seem to be an accurate understanding of what this mitzvah involves.

The Rishonim write that there are different categories of people for whom there are different requirements of judging favorably. There is the ‘tzadik’, the ‘beinoni’, the  ‘rasha’ and the ‘eino makiro’, (stranger):  The tzadik is someone who hardly ever commits a sin - with regards to him we must judge him favorably even if his actions lean very strongly to a negative interpretation:  The beinoni is a person who generally avoids sin but on occasion does falter - we must judge him favorably in situations that could be perceived equally in a positive and negative way, however when his actions seem negative we are not commanded to judge him favorably. Therasha regularly sins and as a consequence we need not judge him favorably even when his actions seem positive. Indeed, Rabbeinu Yonah says that we should judge him unfavorably! An eino makiro is someone that we do not know - there is no obligation with regards to judging him.

What is difficult about all the above gedarim is that there is no allusion to them in the Torah or Chazal - the Torah makes no differentiation between different people, it simply tells us to judge our fellow favorably, implying that this applies equally to every Jew. Where did the Rishonim see such chilukim between different kinds of people?!

Rav Yitzchak Berkovits Shlita explains that the mitzvah of judging favorably does not mean that we should irrationally judge every act in a positive way, rather it is telling us that we should judge people in a logical, reasonable and fair manner; a person may have a tendency to judge others in a harsh manner and not give them a fair judgement, the Torah comes and tells us that this is wrong, however it does not instruct us to judge people in an illogical fashion.

Based on this understanding it becomes clear why the Rishonim gave different gedarim to different people: With regard to a tzaddik, even if he does something that seems like an aveiro is logical to assume that he did not do anything wrong.  For example, if one sees a person who is known to be very strict on eating kosher, going into a non-kosher restaurant, it is logical to assume that he is not going in, in order to eat non-kosher food. Furthermore, even if we see him putting the food into his mouth it is more logical to say that he needs to eat in order to save his life and therefore it is permitted for him to eat this non-kosher food at this time. In contrast, when a rasha does something that seems positive, it is nevertheless logical that there is a negative way of interpreting his behavior. The same logic applies to the other categories - when it is logical to judge someone favorably the Torah requires that we do so, but when it is not, then there is no Torah obligation to judge favorably and there are even times when one should judge his fellow unfavorably.

With this understanding we can now reconcile the mitzvah of judging favorably with the Chofetz Chaim’s teaching that people should not be naïve. The mitzvah does not tell us to be naïve, in contrast it instructs us to be realistic and at times tells us that we should judge people in an unfavorable manner.  Thus, when we are dealing with people in business, for example, ‘b’tzedek tishpot’ teaches us that we should not be naïve, rather we should judge people fairly and accurately.

As we noted before, it is important to remember that this in and of itself is no easy task - a person’s natural leaning may be to judge people in an unfair fashion. This, the Torah tells us, is wrong, rather we should strive to see people in a fair light.