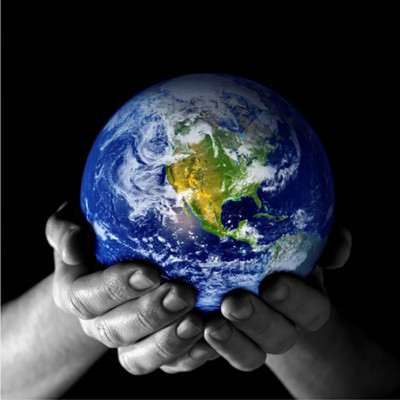 Whenever something bad or tragic occurs in the world, people take to the streets in protest, write letters to the editor, blow up social media, and make a point of criticizing and ensuring that those responsible, should be shamed, suffer the consequences, apologize, and amend. And yet, even with all that being “addressed” by so many, the suffering, pain, and tragic events never really cease, do they? In fact, I would venture to say they not only continue, but become worse, way worse. It seems as if the more a topic of contentiousness is discussed, the longer it lingers and often worsens. Even with the increase of psychiatric drugs and workers, the worse off the mental health of the average person seems to be. With all the increased focus on discussions of acceptance and equality, the more divide the world appears to experience. With so much discussion on race relations, the more protests toward police officers abusing their power. The more people unite in protest to “stop the violence” the more violence ensues, often within those protests. Certainly, for our purposes, for every attempt made to raise awareness on anti-Semitism, is another bomb, slur, or attack that befalls our people, reported or not. Black, White, Republican, Democrat, Orthodox, Conservative, Reform, Chabad, Breslov, Chassidish, Modern Orthodox, Yeshivish, etc. all have their respective answers, and yet, real progress still eludes us in most if not all these areas. I get it, don’t get me wrong. I so get it. People including myself are angry, in fear, and most of all, confused as to why things are still so broken with no end in sight.

I have learned that when a tragedy befalls Klal Yisroel, even if we ourselves are not the direct cause of that tragedy, we are asked to fast, do teshuva, give more tzedakah, pray harder, and work that much more diligently on our middot. And the question becomes, why? I didn’t cause this pain to that person across the globe. I wasn’t the one who said this or did that to the people in question. And yet, we are still mourning the destruction of the Beit Hamikdash year after year when it really is the Babylonians and Romans who should be paying that price.

I think we are not only being taught a lesson borne from wisdom. I believe we are being given the key to stop the pain and bring Mashiach once and for all. And it all begins and ends with me. I may not have caused the suffering in the topic in question. But I am contributing to that pain in one form or another by not fulfilling my potential in certain areas. For every person I can point a finger to for not being this or doing that in what happens to be the day’s topic of conversation, there are plenty more areas of life that exist in yesterday and tomorrow, some of which I fall short in and very possibly, shorter than the counterpart I am pointing a finger at.

I believe the biggest impediment to change is that people are trying to change the world without trying to change themselves. I have been taught that if I want to change the world, it’s an inside out job beginning with myself, then my family, then the community, with a domino effect of a better planet to live in. Ironically, many of those changes seem to fall into place if I begin with and keep the focus on me. The very first thing I need to consider when I hear of any pain or suffering, is “what can I do to improve myself where people around me will feel better?” If all the protesters, letter to the editor writers, and commentators of any political or social justice stature would stop and take a good look at themselves before putting their finger to the keyboard, I wholeheartedly believe we’d have significantly less violence, less need to loot and cause destruction, and less reason to blame the next person for their views because we suddenly realize that there are areas where they are faring better than we are. In which case, who has time for all that outside stuff when there is so much work to be done within?

I write this because it’s not enough for me alone to shift my focus. I’ve tried and it doesn’t work. This is a work in progress where the key to real growth is in the numbers which prompts me to take a moment to express my hakarat hatov to the BJL for putting out the message. “Take everything you hear or read with a grain of salt” is an adage I repeat often. In doing so, I urge you to ask yourselves if you believe the current state of humanity is where it should be. Are the goals and objectives of improving our lives being met when people come out and say what others should and should not do? With all the protests, political stances, United Nations meetings, therapists, and psychiatric medications out there, have previous generations made this world better for us as they sincerely set out to do? Or better yet, does it seem we are on track to make it a better place for our children? May I suggest a blunt “NO” at this very moment. Why? Because we are looking out there instead of in here.

On the eve of the chag of freedom, a new shana if you will, I implore you to join me in our quest to improve this world by improving ourselves. May Hashem notice our sincere efforts in repairing ourselves, one life at a time, and help us succeed in attaining the results we’ve been longing for oh so long so we may experience the month of Nissan the way it was meant to be felt. Certainly, may those efforts and experiences split the sea that Mashiach is waiting to cross so we may terminate this never-ending suffering, once and for all. Chag Sameach!