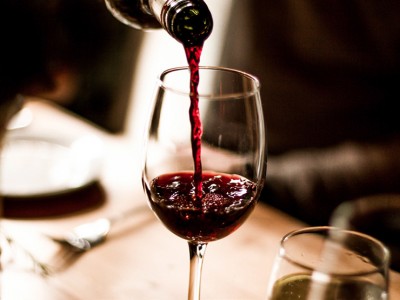 The Talmud tells us that the Jews put into practice what they had originally accepted at Mount Sinai, as that was only the “beginning”. The actual acceptance “out of love” culminated with the story of Mordechai and Esther. Reading the text on the surface, we see anything but love. If we cull anything from the narrative, we see a nation crying to Hashem from fear, and then being saved. So where is this acceptance “out of love”? Furthermore, what is meant when we recite on Purim “that Hashem performed miracles for our forefather’s in those days and in our time”. Where are the miracles in “our time”?

If someone asked you: what the essential miracle of the Purim story was, what would be you answer? You’d probably answer, “the annulment of Haman’s decree, and its being reversed, or “That the Jews were able to use force and avenge their enemies”.

Not so, says the Chatam Sofer.

The main miracle of Purim, he says, is found at the very beginning of the Megillah. For 186 days Achashverosh celebrates with food and drink, and never once does he lose his cool. However, on the very last day of his party he loses it and asks Vashti to appear him and his entire assemblage, “and display her beauty,” - as if she were a simple maidservant. And then something extraordinary occurs: Vashti brazenly mocks the king; “You know my grandfather could drink 1,000 glasses of wine and not get intoxicated – yet YOU get drunk after one glass! (Megillah 12B)” Achashverosh succumbs to his anger and kills his wife the queen. Bizarre and incredible are just a few of the adjectives to describe this story.

Keep in mind, that if all these events were not to occur, Esther wouldn’t have become queen, and the Jews as a nation, may have very well ceased to exist as a result of Haman’s decree. But there was also something else happening on high: at the same time the Jews were enjoying themselves at Achashverosh’s feast - truly deserving the fate of decimation that Haman was preparing for them, Hashem was busy pulling many strings. At the time of the feast, a decree of annihilation was placed upon the Jews. Even so, Hashem was busy readying everything to bring about their salvation. This is the greatest miracle of all says the Chatam Sofer. From here we see that even when we DON’T deserve His love, Hashem still loves us and watches over us.

The Talmud tells us in Megillah, that ‘One who reads the Megillah backwards does not fulfill his obligation”. The obvious way to understand this halacha, is that one may not deviate from the straightforward reading of the Megillah. But a deeper understanding could very well be, that one may not treat the holiday of Purim as we treat our other holidays; simply as a remembrance of the past. There is much more to Purim then simply remembering.

Perhaps reading the Megillah backwards refers to one who sees the essential theme of the story as reaching its climax, when the Jews repent - and Hashem revokes Haman’s decree. One who only sees this says the Talmud, “has not satisfied his obligation,” i.e. he misses the point! For he has failed to realize that things were being put into place – salvation was already being sewn, long before the Jews were deserving of such salvation.

Maybe this is why Chazal instruct us to “get so inebriated on Purim that one does not know the difference between ‘Cursed is Haman’ and ‘Blessed is Mordechai’.” Getting drunk is generally shunned by halacha. But on Purim, we celebrate the fact that Hashem watches over us even when we don’t deserve it. Why? Because Hashem has a crazy love with us, that even He cannot explain! Our continued existence doesn’t make any sense!  We truly deserved our fate in “those days”– we were trying to assimilate among the non-jews, profaning the holy vessels of our Temple. We were clearly straying from Torah and mitzvot. In fact, 3,000 years later in “our time” we as a nation for the most part, are still doing exactly that. Yet we are still around! “Hashem will never abandon His nation”. This miraculous “crazy love affair” that Hashem has always had with his crazy ADHD nation, became crystal clear - “in those days” - at the original Purim - permeating the soul of every Jew. So “in our days” Purim is more than just “remembering” - it is a re-enactment of our miraculous “crazy love affair” with Hashem. An affair that even Hashem himself can’t explain! So, let’s drink to that. Happy Purim!!