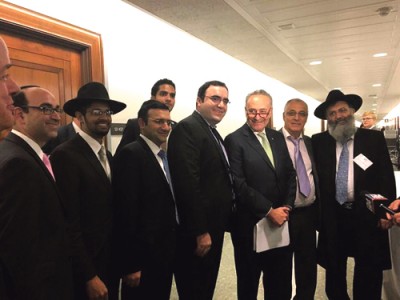 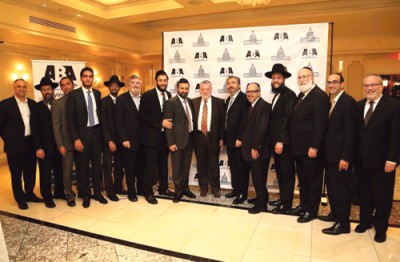 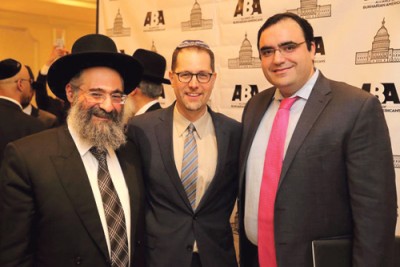 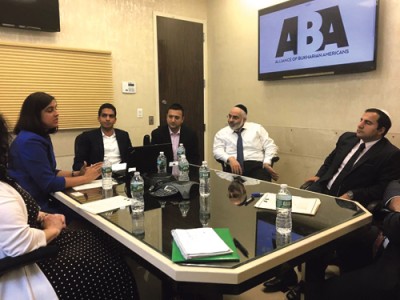 The ABA was established in 2016 with a mission of uniting the Bukharian American Community and providing the highest level of representation with local, state, and federal elected officials.

History at a Glance

September 21, 2016: Members of the ABA participated in the Orthodox Union Advocacy Center’s 20th Annual Leadership Mission in Washington, D.C. The Leadership Mission was organized to lobby members of Congress to boost funding for the Nonprofit Security Grant Program, support energy efficacy for nonprofit organizations by backing the Energy Modernization Act, and the extension of the Iran Sanctions Act.

March 1, 2017: Members of the ABA and over 50 Bukharian Community members participated in Teach NYS Mission to Albany. The mission of Teach NYS is to strengthen the nonpublic school community and ensure that all children have the opportunity to receive a strong religious and secular education.

May 8, 2017: ABA held its inaugural community meeting at Elite Palace. The ABA was honored to have Allen Fagin, Executive Vice President of the Orthodox Union, and Councilwoman Karen Koslowitz speak about their involvement with the Bukharian community and continued support of the community and the ABA. Additionally, the ABA was privileged to welcome Councilman Mark Levine, chair of the New York City Council Jewish Caucus, and representatives of Congresswoman Grace Meng and Queens Borough President Melinda Katz.

June 15, 2017: Members of the ABA participated in the Orthodox Union Advocacy Center’s Annual Leadership Mission to Washington D.C. As one of the leading advocacy voices in the Bukharian community, the ABA partook in the mission to represent the interests of the Bukharian community. ABA members advocated, to members of the U.S. Congress, for (a) increased funding for the Nonprofit Security Grant Program (NSGP), (b) the Nonprofit Energy Efficiency Act, and (c) the Taylor Force Act, including the stoppage of U.S. financial aid to the Palestinian Authority (PA) contingent on the PA ending its policy of paying lifelong stipends to terrorists and their surviving family members.

July 13, 2017: Members of the ABA met with Rabbi Chaim Dovid Zwiebel (Executive V.P. of Agudath Israel of America), Yeruchim Silber (Director New York Governmental Relations of the Agudath Israel of America) and Shai Markowitz (Director Lefkowitz Leadership Initiative) to increase the bond within the Bukharian community and the Agudath. During the meeting there was discussion of collaborating efforts in advocating for kosher meals within public schools and bringing job placement programs to the community, amongst many others.

Bukharian Community at a Glance

Population across the New York metro area is approximately 100,000

There are 40+ Bukharian community centers, educational institutions, and houses of worship in the New York metro area