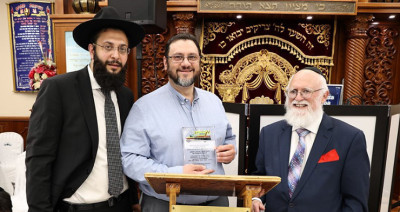 On Sunday, a group of 20 Senators–10 Democrats and 10 Republicans–revealed a framework for a gun control bill.  While not the sweeping legislation that activists desire, this legislation is the closest thing to a compromise on guns that has occurred in Washington in decades.  Like everything coming out of Capitol Hill, there’s the good, the bad, and the ugly.

This is the so-called “red flag laws,” and the framework doesn’t create a national red flag law, rather it “provides resources” to “create and administer laws.”  Only a bureaucrat would know what resources are necessary to create laws, so this is likely to be the provision to watch when the full text of the bill is created.  This could be good, or it can be very, very bad.

The problem with red flag laws in general is twofold.  First, like in the Buffalo shooting a few weeks ago, they are not used properly because there needs to be a community around the person that needs the crisis intervention.  When profiling the people who commit these heinous acts, they usually don’t have a strong support system that is willing to go to the authorities to ensure that there is no gun.

Second, if the law is written too loosely, it could seriously violate the rights of an individual without due process.  Given the complete collapse in institutional trust that has occurred in this country, it’s not far-fetched to believe that a Leftist stranger can see your American flag in front of your house, think you’re a crazy white supremacist, make a claim against you in court, and a Leftist judge take away your rights.

Four different bullet points in this framework were centered around funding, so they should all be addressed together. This is something that is incredibly important, but the mechanism is the key.  If the idea is to provide grants to local communities, then this can be incredibly useful.  If the idea is to create another bloated federal agency for top-down control, this will be more money down the drain.

Protections for victims of domestic violence

There are currently a lot of ways in the law for someone convicted of domestic violence to not have that show up on their background check when trying to purchase a firearm.  This would close that loophole.

These two provisions are actually already illegal, so what is actually going to be written in the bill is incredibly important.  This could be a way for the Left to sneak in “universal background checks,” or another way to block private gun sales.

The inherent problem with that is that to enforce it, a national gun registry would have to be created and maintained.  Otherwise, it would be impossible to know if guns were inherited or sold from one neighbor to another.  Since the entire reason for the Second Amendment is to prevent an authoritarian government from taking over (as opposed to hunting or sport shooting, which is what the Left claims guns are for), it’s obviously ridiculous to give the federal government a list of where all the guns are.  This would completely undermine the point of the Second Amendment.  So the verbiage on these provisions will be very important.

From the framework, “For buyers under 21 years of age, requires an investigative period to review juvenile and mental health records, including checks with state databases and local law enforcement.”

At first glance, this one seems like a no-brainer.  An 18-year-old doesn’t have a record to background check if their juvenile record was expunged the moment they legally became an adult.  A violent teenager should not pass a background check as a birthday present from the federal government.  However, this provision may not be palatable to the Left.

The Left has been pushing to release criminals from jails at an exorbitant rate–if they arrest them at all.  New York’s No Cash Bail law is just one example, but this has been a trend amongst Soros-backed prosecutors around the country.  One such prosecutor, Chesa Boudin, was recently recalled in uber-liberal San Francisco, so even hardcore Democrats are getting sick of the rising crime in cities.

That won’t stop some, like Alexandria Ocasio-Cortez, who expressed reservations about background checks into juvenile records.  As she told CNN, “I’m disappointed to hear a focus on increased criminalization and juvenile criminalization instead of really having the focus on guns.”  When explained, the problem that those like AOC have is that America is so incredibly racist that this provision would be disproportionately applied to minorities. In classic Leftist mentality, she doesn’t account for the fact that a disproportionate number of crimes are committed by minorities.  She would rather see mass gun confiscation than the possibility of inequity, even if that prevents a bad person from getting a gun.

The devil, as they say, is in the details.  This bill could die as soon as it’s written if it’s too radical.  Or it could fail in the House if it’s not radical enough.  It’s too soon to tell, and everyone should wait until the actual text is released before committing themselves one way or another.  The fundamental rights of every law-abiding American to keep and bear arms is too important to do otherwise.