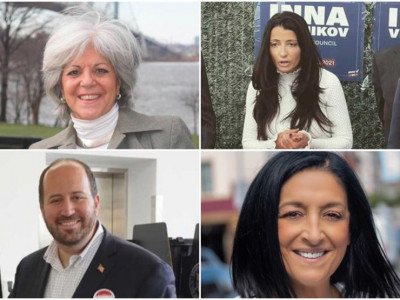 Voters shocked the political establishment last week when they elected Republicans to office in deep-blue Virginia and almost did the same in bluer New Jersey. The results for the New York City Mayoral race notwithstanding, the electorate in The Empire State may be ready for Republican leadership.

The Mayor’s race went exactly as expected, with Eric Adams garnering two-thirds of the vote to win for the Democrats. Those looking to claim that there is no evidence of a bellwether turning towards the Right would be mistaken to simply look at this race. Throughout the city and state, conservative voices are being increasingly heard.

The best example of this is out on Long Island, where the Nassau County GOP swept the ballot. Bruce Blakeman edged out incumbent Laura Curran for County Executive, and unknown Anne Donnelly demolished State Senator Todd Kaminsky in the District Attorney race. Republicans gained a seat in the county legislature and retained the Town of Hempstead.

Up in Buffalo, the moderate Democrat defeated the radical Socialist candidate with a massive write-in campaign, showing that even in blue areas, leftism is not a popular ideology. This write-in campaign, by four-time incumbent Byron Brown to defeat Democratic Socialist India Walton, was accomplished through a collaborative effort between moderate Democrats and Republicans in the area. It is also a repudiation of the Justice Democrats’ tactic that has worked in New York in the past: to win a low-turnout Primary in a deep blue area, then take the seat in the General Election. This is how Alexandria Ocasio-Cortez and Jamaal Bowman ousted moderates Joe Crowley and Elliot Engel, respectively. That scheme was unsuccessful this time.

Back in New York City, several City Council seats flipped from Democrats to Republicans with some truly shocking victories. Republicans will remain a super-minority in the City Council, but they flipped two seats and are awaiting the results on a third, making their presence from two seats to four (or five). The flipped seats were in Brooklyn and Queens by two pro-Trump women, Inna Vernikov and Vickie Paladino. Joann Ariola, who ran the Queens Republican Party, kept Eric Ulrich’s seat for Republicans, and David Carr kept the seat in Staten Island. Brian Fox is looking to upset longtime Democrat Justin Brannan, with the vote tally still too close to call.

Paladino was ecstatic with the result. “This was grassroots at its finest,” she said. “No establishment backing whatsoever. The people spoke, and we won. I couldn’t be more proud and grateful.”

Even the Mayor’s race was a hopeful sign toward a more moderate New York. The Democratic Primary race could have gone to radical progressive candidates, but the moderate Eric Adams won. The next Mayor has already said that he’s planning on rescinding the school mask mandates put in by Mayor de Blasio, and if the Republicans keep putting pressure on Adams, there could be more policy wins during his term.

These victories may seem small in the grand scheme of things; after all, these wins represent a mere handful of the Council’s 51 seats. But it shows the motivation that Republican voters have to get out to the polls. Next year’s midterm elections should see similar ground being made by Republican candidates, with potential wins in both the State Assembly and the State Senate.

There was also a positive result from the ballot initiatives. Proposals 1, 3 and 4, which would have increased Democrat’s power in the state by allowing them to change redistricting and voting laws, all went down in flaming defeat. This, from a statewide vote, shows that New Yorkers are not willing to completely give up their state to permanent Democratic rule.

With the Governor’s race coming up, and popular Congressman Lee Zeldin already in full swing on his campaign to win back that office for Republicans, voters shouldn’t write off New York’s future so easily. While this state has seen an outsized emigration, resulting in loss of representation in the House of Representatives, there is still an opportunity to turn it around. The year 2021 was good, but 2022 can be better.