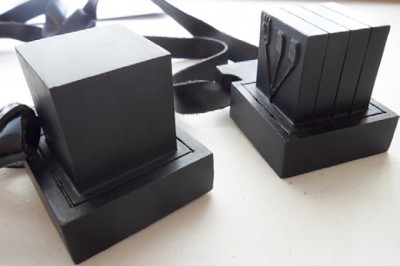 The Mitzvah of Tefillin requires more Kavanah (intent) than most Mitzvot. While all Mitzvot have a standard Kavanah to intend to fulfill the Mitzvah as it is written, the Kavanah of Tefillin has an extra dimension. The Torah states that the purpose of Tefillin is: "In order that Hashem’s Torah be in your mouth." The Rabbis derive from here that one must also have this reason in mind when putting on Tefillin. The Shulchan Aruch elaborates and details the ideal Kavanah of Tefillin: The Tefillin on the arm points to the heart to subjugate its desires, and the Tefillin of the head subjugates the thoughts in the brain to be aligned the way Hashem wants us to think. The Tefillin also mention Yetziat Mitzrayim (the exodus from Egypt), and therefore, one should have that in mind, as well. Remembering the exodus reminds us of the great miracles Hashem performed and reaffirms our belief that God is one and almighty, with supreme control over the upper and lower worlds. These Kavanot are included in the text of the standard "Le’shem Yichud" that is printed before the Brachot. It is good to follow the Ben Ish Hai and say that passage, so that all the Kavanot are included. After the fact, if one put on Tefillin without this Kavanah, he still fulfills the Mitzvah, as long as he intended to fulfill the Mitzvah. However, it is very important to have Kavanah when putting on Tefillin, since the purpose of the Mitzvah is to remember. Putting on Tefillin without Kavanah is like tying a red string on one’s finger to remind himself of something but forgetting what he is supposed to remember.