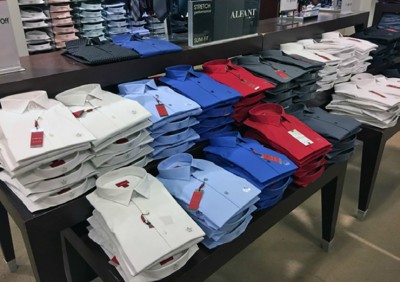 There is some discussion among the Halachic authorities regarding the recitation of the Bracha of "Shehecheyanu" during the period of Sefirat Ha’omer, until Lag Ba’omer. Rav Chaim Palachi writes that one should not recite "Shehecheyanu" during the Omer period, and therefore one should not purchase a new garment during these weeks. Likewise, one should not eat a new fruit during this period, in order not to have to recite this Bracha. Others, however, disagree, and maintain that there is no prohibition against reciting the Bracha of "Shehecheyanu" during the Omer period. This is the position taken by Chacham Ben Sion Abba Shaul. As for the final Halachic ruling, Chacham Ovadia Yosef writes that strictly speaking, it is permissible to wear a new garment and eat a new fruit during the Omer period and recite "Shehecheyanu." Nevertheless, it is preferable to satisfy the strict view and ensure to wear new garments and eat new fruits only on Shabbat, when all authorities agree that one may recite "Shehecheyanu." It should be noted that even according to the stringent view, it is entirely permissible during the Omer to purchase garments that do not require the recitation of "Shehecheyanu." These include garments such as pajamas, robes, socks and undergarments. Thus, even if one wishes to follow the stringent position, he may certainly purchase these items of clothing during the Sefira period. Likewise, it is permissible according to all opinions to wear new clothing and eat new fruits during Chol Hamoed Pesach and on Lag Ba’omer, as well as on Shabbat, as mentioned earlier. If someone is getting married immediately after Lag Ba’omer, or on Lag Ba’omer (following the Ashkenazic practice to allow weddings on Lag Ba’omer), he may, according to all views, buy clothing for his wedding during the Sefira period. There is no reason to be stringent in this regard, as according to all opinions one may purchase clothing during the Omer period in preparation for his wedding. Summary: It is preferable not to purchase or wear new clothing, or eat a new fruit, during the Sefira period, in order to avoid having to recite the Bracha of "Shehecheyanu." However, this does not apply on Shabbat, Chol Hamoed Pesach or Lag Ba’omer, or to garments that do not require reciting "Shehecheyanu" (such as socks and undergarments). Similarly, someone who is getting married on or immediately after Lag Ba’omer may purchase garments for the wedding during the Sefira period.