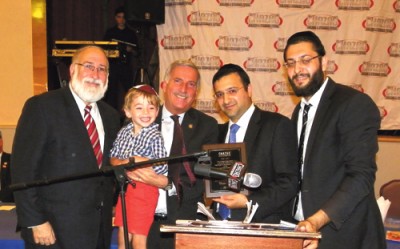 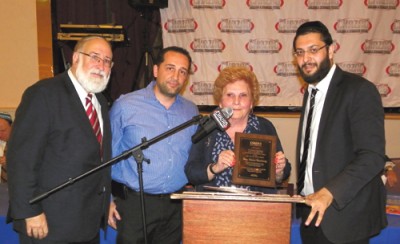 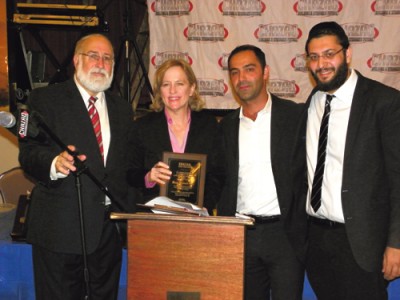 Chazaq has come far in the last 10 years. The organization was conceived as a vehicle to ensure that every Jewish person receive their due heritage. Via strategic social, cultural, and educational programs, Chazaq has planted strong roots that will assuredly continue to nurture the Pan-American and even International charge of preserving, sustaining, and expanding the authentic Jewish idea.

Though the Chazaq team is passionate, focused, and driven to succeed, many of its partners also deserve praise for their continually rendered assistance, specifically in the political arena. They have and continue to help Chazaq unite all of Judaism under a collective banner reflecting a love and cherishment of its unique Torah culture. Chazaq’s political partners have recognized the great promise being offered to their constituents and understand the fundamental change that evolved from Chazaq’s unyielding, creative efforts. Their support is therefore particularly appreciated since it demonstrates the far-reach of Chazaq’s effort.  In cognizance of their tremendous aide and crucial support, Chazaq organized a “Legislative Breakfast” to honor those politicians who endeavored, petitioned, and advocated along with Chazaq to transform the nation one community at a time.

The breakfast was held on Sunday, September 10, at the Young Israel of Forest Hills, and was attended to by hundreds of honorable people from diverse communities. The diverse crowd represented unified support for the elected officials who have helped Chazaq achieve so much for their constituents. Chazaq introduced the event by extending great thanks to the event emcee and political partner, Councilman Rory Lancman. Rory elegantly introduced the speakers and representatives, made the crowd laugh during the intermissions, and masterfully hosted the event.

The first Honoree was introduced by David Koptiev, board member of Chazaq. He invited Queens Borough President Melinda Katz to the podium and extended her a plaque in congratulations of her achievements for the Queens community and her unwavering support for Chazaq. Melinda gracefully accepted the award and thanked Chazaq for being a key player in unifying her borough.

The next honoree was called to the podium by Simcha Mushayev, the very involved and important founder of the Alliance of Bukharian Americans (ABA). He asked New York State Assembly Member David Weprin to please accept Chazaq’s gratitude for helping spread light in the world. David did so by recalling the late Assemblyman Michael Simanowitz, who worked so hard to unite the community, and thanked Chazaq for emulating his work.

The third Honoree of the morning was presented by Shalom Zirkiev, Board member of Chazaq. Shalom called up and thanked New York City Council Member Karen Koslowitz for her aid in transforming the state, one community at a time. At the podium, Karen evoked the not-so-distant past of the Bukharian community as a wonderful indication of Chazaq’s transformative influence. She expressed her hope that Chazaq strengthen its important work.

The final Honoree of the event was presented by none other than Yaniv Meirov, Chazaq’s Operations Manager. He invited Cynthia Zalisky, executive director of the Queens Jewish Community Council (QJCC), to accept recognition and thanks on behalf of Chazaq. Cynthia noted the QJCC’s instrumental support from Chazaq’s very beginning ten years ago. She further extended QJCC’s sincere pledge of continued support for Chazaq’s initiatives and wished them continued success.

At the end of the Legislative Breakfast, it was clear to all those who gathered that Chazaq was working hand-in-hand with qualified, generous people to make the community a better place. The Honorees of the Breakfast must have left proud not only for their recognition, but also with the certain conviction that good role models of community service yet set examples that others follow.