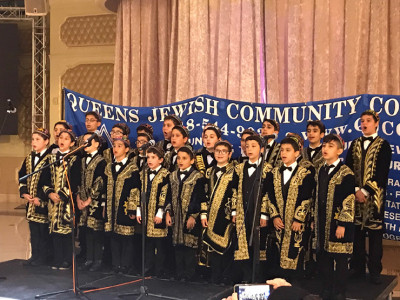 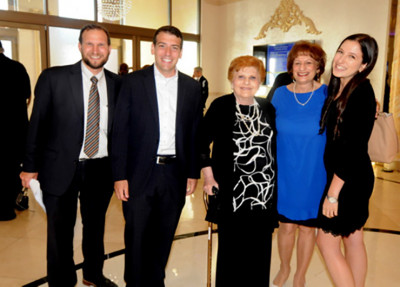 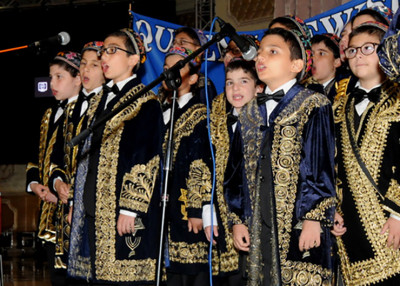 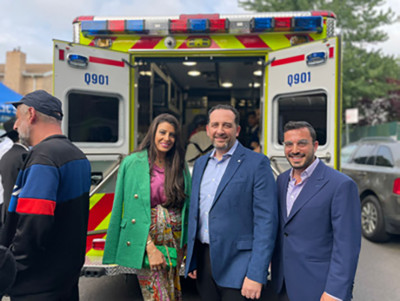 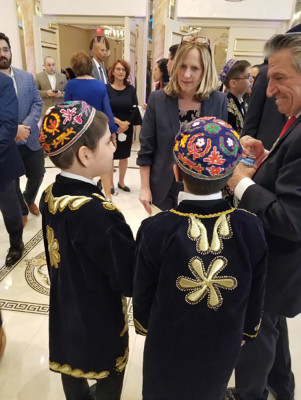 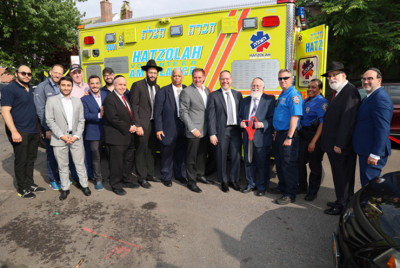 The Queens Jewish Link and Bukharian Jewish Link were honored to participate in the Queens Jewish Community Council (QJCC) gala dinner held this past Thursday evening, June 9 at Da Mikelle Palazzo in Woodside recognizing 53 years of service to Queens and beyond. The event paid tribute to the staff of the organization and attracted over two hundred guests including a large array of Jewish and legislative leaders. To give the evening a special boost of energy, dinner co-chairs Mr. Alan Sherman and Dr. Judy Rosen, Vice President, QJCC, worked to create a buzz. Dr. Rosen also did a stellar job serving as Master of Ceremonies.

The QJCC has been a community partner in sharing, defending, and proclaiming our shared Jewish values and has served as a medium of communication and action for Queens residents. From social services to quality-of-life concerns, advancing Jewish causes and heritage, support for the State of Israel, and civil rights concerns, the QJCC has been a stalwart leader.

As has become a profitable practice, the event featured a robust silent art and sports auction consisting of hand-signed memorabilia of local sports stars and celebrities to once-in-a lifetime VIP experience packages and getaways. The gallery was accessible throughout the evening along with delicious cocktails.

To get the evening underway, stimulating films were showed of God Bless America sung in Yiddish, and a video of Hatikvah highlighting Israel and the Israeli Defense Forces. This was followed by a touching invocation delivered by Rabbi Michael Miller, emeritus CEO, JCRC-NY. Next, Michael Nussbaum, President, QJCC, virtually addressed the audience due to COVID. Mr. Nussbaum highlighted the goals of the QJCC in serving as an umbrella for Jewish organizations to address the cultural, social, and advocacy needs of the community. Mr. Nussbaum thanked his communal and governmental partners for supporting the QJCC.

“We were there because we care,” said Israel Nitzan, Deputy Consul General, Consulate General of Israel in New York, and now a resident of Queens who is proud to be part of our community. Nitzan noted that his week focused on an investigation of Israel activities by the U.N. Human Rights Council, a statement calling for the end of Zionism by a Supreme leader, and persistent antisemitism. On the latter, Nitzan noted, “It is mind boggling how much time we dedicate at the consulate to antisemitism in the streets and on campus. We are grateful for the many elected and non-Jewish community leaders who show their support to the Jewish community of New York.” Nitzan also noted how his consulate was proud to rally against hate in Asian community.

Richards spoke very personal and continued his steadfast support of the Jewish community. Richards encouraged all to visit Israel and discussed his Israel trip, led by Rabbi Michael Miller, then-CEO of JCRC-NY. “I was in Ukraine just in November and saw hundreds of thousands of Jews who were killed just for being who they were,” said Richards who visited to remember Babi Yar. “When we say never again, we truly mean it. But we know that freedom is not free in our country. There are people that shed blood for us to be here and were there as a reminder for where we can go,” Richards added there is no place for hate in Queens, a feeling DA Katz not only echoed, but addressed practically from the role and ability of her office. “I’m feeling sentimental tonight. It is my job to keep the Borough together, but I cannot do it without services being felt deeply when they are needed.” Wyner read a letter from the governor that thanked the QJCC for their wide variety of social services that foster charity and unity. Shargal noted, “The QJCC does incredible work in the social services space on behalf of the entire Jewish community. Partnering with our key community partners is critical for the success of our city.”

Fran Lashinsky, QJCC’s long serving Executive Vice President, was presented with a lifetime achievement award for being a stand-out leader at the QJCC and for her involvement in other far-reaching causes. Fran’s late husband Dr. Al Lashinsky was a QJCC founder and a main force behind its growth. Rabbi Mayer Waxman, Executive Vice President was joined by Assembly Member David Weprin to help celebrate key QJCC staffers who have each made the provision of services to people in need possible: Marina Litman, Alla Cheysvin, Tamara Abayeva, and Fred Fleisher who was distinguished for being the gorilla glue of the headquarters that begins work each day at 7:30 a.m. “We help the needy and show a way to better life with human kindness and dignity,” related Fleisher of his work.

“I think the QJCC is having the best of times,” announced Michael Nussbaum. “It is the worst of times, for Jews. It is with antisemitism on the rise.” Nussbaum told the crowd that we will be the ones who are lesser in this city, state, and country. “We must organize within ourselves and not being parochial about it. We must stand together.” Nussbaum explained that the QJCC has become more involved in representing, because the organization rises to speak out when nobody else will about the values that we have always cherished as Jews.

“The building at 69-69 Main Street is going to be built this year. Contractors are working to finally finish the building just off the corner of Main St. and Jewel Avenue in Kew Gardens Hills,” added Nussbaum. It was publicized that Jay Iver, president, Mt. Lebanon Cemetery, is a large supporter for the final stage of the building. The State also provided funding through Assembly Member Jeff Aubry, the Speaker Pro Tempore.

At this time, we would like to acknowledge the life and legacy left by Rabbi Dovid Yitzchak ben Akiva Yehuda Keehn, z"l, past president of the QJCC. His noble toils as a longtime Jewish chaplain in Queens and New York State have certainly earned Rabbi Keehn a posthumous recognition. Although challenged with legal blindness, he became a renowned director of pastoral care. May his memory be a blessing.

The years of engagement, advocacy, and sustenance relief to the Queens Jewish community have not gone unnoticed and our community’s involvement will keep the efforts flourishing. The help of local elected officials makes much of the QJCC’s work possible. The large political turnout stresses this sentiment. Acknowledgement is extended to past elected officials Karen Koslowitz and Barry Grodenchik who are both Board members.