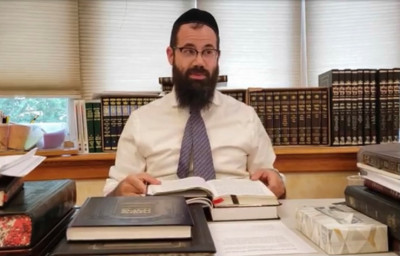 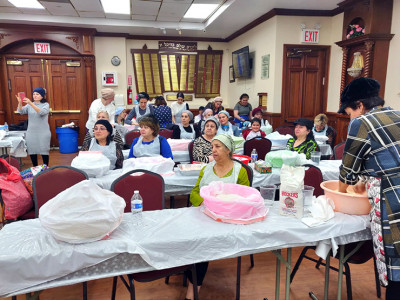 Less than a year after Beth Torah U’Tefila vacated the small home at 416 Hempstead Avenue for a larger space across the street, a new kehillah was dedicated at this address. “The idea was always out there. We were waiting for more people to move in who would be receptive to it,” said Rabbi Avichai Bensoussan, the rav of the House of Torah Sephardic Congregation, also known as Yismach Yisrael. “Our members are very engaged in doing the right thing al pi halacha.”

Like most of the congregants, Rabbi Bensoussan used to live in Queens, having received his semicha at Yeshiva Chofetz Chaim, and teaching at local institutions such as Beth Gavriel in Forest Hills, Tiferet Torah in Kew Gardens, and Hadar Bet Yaakov in Fresh Meadows. “I’ve had a lot of exposure to the Bukharian community, seeing their sincerity towards Torah u’mitzvot. They’re hungry for more. They’re a receptive community.”

The desire for knowledge is evident in the WhatsApp group for the House of Torah, where practical questions are brought up daily on kashrus, holiday observance, and davening. They are asked by individuals, but all members benefit from the depth of the details provided by Rabbi Bensoussan. “This was my start, and it was a very warm welcome. He is always full of sources, and it is inspirational,” said Shlomo Bangiyev.

He settled in West Hempstead two years ago to live near his barber shop in Franklin Square. Since then, he has seen more young Bukharian families joining him as neighbors and participating in the weekly learning group led by Rabbi Bensoussan and hosted by Menashe Akilov, along with other neighbors. “It is an honor to host Rabbi Bensoussan. He is a Talmid Chacham and the reason why I’ve moved here,” Akilov said.

The group also includes members from other Sephardic and Mizrachi backgrounds, which works well with Rabbi Bensoussan, as he quotes from rabbinical sources from across this diverse and geographically diverse sector of Jewry, along with Ashkenazi poskim for comparison.

“We lived in a two-bedroom apartment in Kew Gardens Hills and it was siyata diShmaya that we are here. A couple of members of the Bukharian community asked about it and West Hempstead became our home,” he said.

As the learning group grew, conversations about a permanent address became serious and it was no longer a joke that Bukharian families and other Sephardic Jews in West Hempstead would have their own building. As a former shul, their building could easily accommodate a new congregation, but there was one significant interior alteration. When it hosted BTU, the Aron Kodesh stood at the wall facing Hempstead Avenue, but at the House of Torah it is on the wall opposite Chestnut Street.

“Mizrach is in the corner, so neither wall is exactly east. We felt that this placement is better for our shul, and it accommodates more seating in the ezrat nashim,” said Rabbi Bensoussan. “Across the street at BTU, their new aron Kodesh also faces in this direction.” Hempstead Avenue separates the two shuls, running in a northwest direction towards Hempstead, so that none of the buildings on this block face exactly to the east.

Having addressed the placement of the aron Kodesh, Rabbi Bensoussan used the time between Mincha and Arvit last week to speak on a topic relating to Sefirat Ha’omer. “Are all marriages forbidden between Pesach and Lag BaOmer? The P’ri Chadash writes that if the chatan is not m’kayeim P’ru U’R’vu, he can get married.” After quoting additional sources for the exception to the rule, he concluded with Maran Rav Ovadia Yosef, who ruled that while it is allowed, the minhag forbids it. “Sephardim have one minhag during the Omer: Pesach through Lag BaOmer. You have to wait until the 34th of the Omer to marry.”

Rabbi Bensoussan then noted a practical example from Maran’s tenure as the Chief Rabbi of Tel Aviv-Yafo: “Many laws were based on Ashkenazi halacha, and the government accepted it as such. If a wedding hall and a band were booked, he can do it.” But even a ceremony scheduled for Lag BaOmer shouldn’t start the music until it is the 34th night of counting.

“To really experience the davening here, come for Shacharit, when the kohanim are here,” Akilov said. They stand on a decorative rug, unlike any other shul in West Hempstead. “We are hoping to have learning after Shacharit and every night. Our model is based on the House of Torah in Jamaica Estates, which has been a success.”