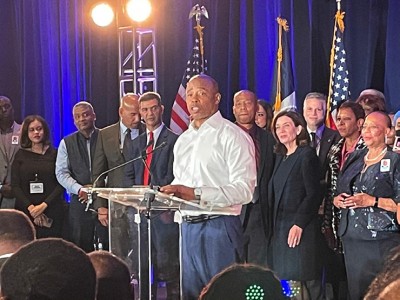 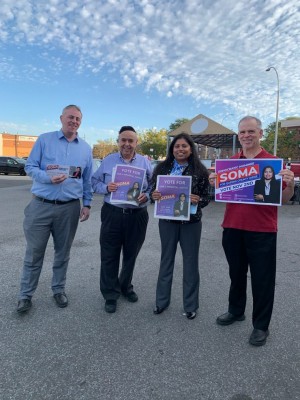 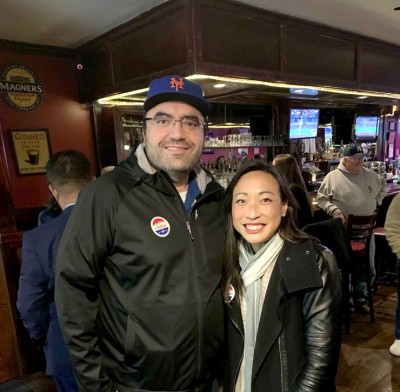 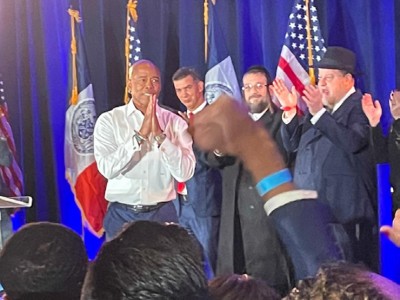 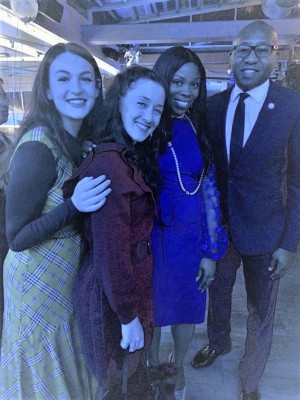 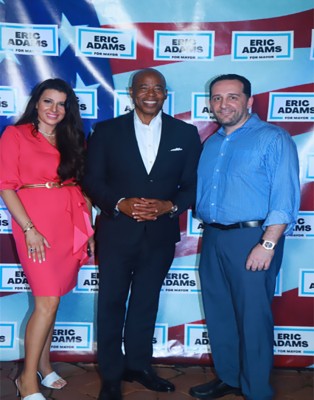 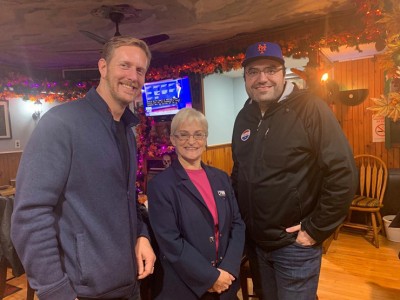 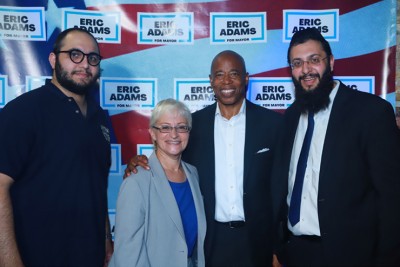 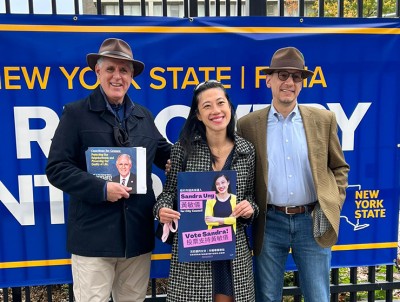 In an election that focused on concerns over crime, former cop Eric Adams easily defeated civilian patrol founder Curtis Sliwa among other Democrats in citywide races who earned their spots on the November ballot after winning in crowded primaries earlier this past June. The Queens-born headliner ran on a centrist platform that included the reversal of a few of his predecessor’s ideas such as abolishing the plainclothes police unit and eliminating the gifted and talented program in public schools.

At the same time, other citywide officials who won this week are decidedly progressive in their approach towards policing, incarceration, and business. Brad Lander, a Councilman from Park Slope was elected Comptroller with more than 70 percent of the vote, as did Jumaane Williams in his reelection for Public Advocate.

But there were a few bright spots for urban elephants in this city: election night results showed Joann Ariola ahead of Felicia Singh in the race for the 32nd Council District that covers half of the Rockaway peninsula, Howard Beach, and Ozone Park. In Brooklyn, the 48th Council District that includes Midwood, Sheepshead Bay, and Manhattan Beach had early results showing attorney Inna Vernikov ahead of Steven Saperstein. Both candidates fought hard for the Jewish vote and promised to oppose the progressives in City Hall.

Among the political comeback examples, former State Senator Tony Avella whose political career began as a Councilman from Bayside, regained his old seat. A political maverick, he clashed with fellow Democrats as a member of the short-lived Independent Democratic Conference in the State Senate. But on Staten Island, former councilman and mayoral candidate Sal Albanese did not succeed, with Republican David Carr taking the 50th Council district, known as the mid-island seat.

In Forest Hills, Lynn Schulman had the support of outgoing Councilwoman Karen Koslowitz, and nearly all Democratic elected officials who campaigned with her across the district. Jewish community leaders also stood with Schulman after she reached out to better understand their issues and priorities. She defeated Republican Michael Conigliaro, who also sought the Jewish vote, running as a neighborhood activist on an anti-crime platform.

In the 23rd district, Linda Lee also had the support of Jewish community leaders and she will be taking the seat of Barry Grodenchik, a fixture in Queens politics who has been a staunch supporter of Israel and Jewish causes. With roughly 60% of the vote, Sandra Ung, an alliance of the Jewish community, guaranteed herself a win in the City Council District 21 race. In District 24, City Council Member James Genarro can finally take a break from campaigning after procuring a win with over 70% of the vote over Tim Rosen a local educator. Genarro began his quest to replace Rory Lancman winning a widely watched Special Election race in February of 2021. In Far Rockaway’s District 31, Selvena N. Brooks-Powers easily won with over 90% of the vote.

In the race for judicial seats, Soma Syed also campaigned in the Jewish community with the support of party leaders after winning the primary as an underdog. Hon. David Kirschner, a widely known figure in Kew Gardens Hills, secured his Queens Supreme Court seat.

On Long Island, the race was a tossup on election night. The offices of Nassau County Executive, District Attorney, and County Comptroller were undetermined. However, it appears that incumbent County Executive Laura Curran, a friend of the 5 Towns Jewish community will retain her seat in a race against Bruce Blakeman. For District Attorney, Anne Donnelly has a good lead over Todd Kaminsky, as does Elaine R. Phillips over Ryan Cronin in the race for County Comptroller. Concerns about crime, the budget, and taxation were highlighted by all candidates in these races.