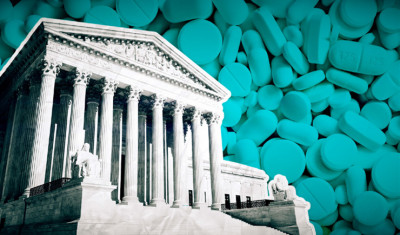 The above quote, which the Christian community translates to “Pride comes before the Fall,” has greater significance today than in generations past. Unless you are incredibly fortunate, the relentless avalanche of “Pride” has been blinding you with their aggressive seizure-inducing barrage of colors, and the accompanying displays wouldn’t be appropriate for a Las Vegas nightclub, let alone public consumption. The Jewish community is not immune from this, not by a long shot.

Rachael Fried, the director of Jewish Queer Youth and an alumna of YU, said, “The ruling is a victory for human dignity, mental health, and safety on campus. We could not be prouder of the heroic plaintiffs, and the hundreds of queer Yeshiva students (past and present) who have persevered in making Yeshiva University an even better Jewish institution.” Bina Davidson, former co-President of the YU Pride Alliance, claimed “This fight has been going on for so many years, and so many students have dedicated their student life at YU to making it a safe place, but no matter what we do it seems like YU doesn’t want to listen to us,” she said. “Even when a judge says this is something legally you have to do, YU still wants to fight with us.” She claimed that other students were thrilled with the decision. Social media is filled with Jewish accounts congratulating each other for the “progress” and celebrating “Pride” when doing so. Molly Meisel tweeted, “I am so proud of my fellow plaintiffs. This is monumental. Happy Pride.”

Even if you are on the progressive end of this conversation, the celebration of forcing an obviously religious institution to violate its own faith is not something to cheer. It’s a clear erosion of First Amendment rights on a technicality. “Any ruling that Yeshiva is not religious is obviously wrong,” said Hanan Eisenman, a university spokesman, in a statement. “As our name indicates, Yeshiva University was founded to instill Torah values in its students while providing a stellar education, allowing them to live with religious conviction as noble citizens and committed Jews.”

The Coalition for Jewish Values weighed in, as well. “Like all other American citizens, Jews should be afforded the right to remain faithful to their religion, free from government interference,” said CJV Southern Regional Vice President Rabbi Moshe B. Parnes in a statement. “For millennia, the Jewish religion has condemned same-sex relationships and reserved marriage to the union between a man and a woman. This ruling, forcing Yeshiva University to discard Jewish principles for the ideology of others, is a direct assault on the religious freedoms due every American.”

This is part of a growing trend – among Jews and non-Jews alike – to forgo traditional values with the ideology of the “woke.” Drive through any liberal city in America and you’ll see churches flying the rainbow flag this month. When there is even slight pushback, the moral outrage is too much for many to bear. One school in the Massachusetts area was told by their diocese that they could no longer be identified as Catholic because they refused to stop flying the rainbow flag and the BLM flag. Catholic universities are being sued by students to allow Pride clubs on campus, same as the YU case. This is the new normal.

The question is not one of a slippery slope. That time has come and gone. When the Supreme Court ruled on the issue of gay marriage in 2015, religious institutions were rightfully worried that the overruling of State’s Rights as enumerated in the Tenth Amendment to the Constitution would lead to the erosion of Religious Rights as enumerated in the First Amendment. This, while Barack Obama shone rainbow lights on the White House in celebration.

The assault on religion, especially Judaism, is not new. It’s a tradition as old as any. Neither is the fact that the frontline of the attack comes from within members of the religion. This is not a call to demean or attack members of the LGBT community. This is a request from that community to not shoot yourself in the foot. Destroying Judaism in the name of progressivism is not going to end with a simple Pride club on a religious campus. And celebrating that destruction puts you in league with those who wish to end all Jewish practices, not just the ones you disagree with.