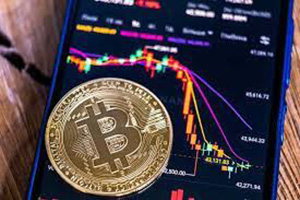 Everybody likes a summer vacation, but in the last two years taking one was difficult. The pandemic, quarantines, rioting, and economic hardships forced many people to change their plans, leaving them feeling deprived and disappointed.

Are we about to see another summer of discontent?

Hopefully not, because the problems we’re facing now are not the same as those of recent years. Still, there are some very serious issues out there that need to be dealt with and that could make this year a very tough one.

The painful declines on Wall Street are not making life easier, and those numbers speak for themselves. On Friday, June 10, the Dow plunged 880 points. Some investors held onto their positions in the hope that stocks would recover the following week, but they were disappointed. The week got off to a better start but not by much, as the Dow fell by “only” 876 points. Incidentally, that translated to a one-day wipe-out of another $1.3 trillion. There were additional sharp losses later in the week.

The S&P 500 is now down by nearly 25% from the high, which officially puts it clearly into “bear market” territory. The Dow is doing slightly better, as its decline is approximately 21%. But the NASDAQ has them both beat; it is off a hefty 34% from the high in early January.

Red, Up And Down The Street

The carnage on Wall Street was not confined to just one day, to just speculative stocks, or to just equities, for that matter. The biggest and best large caps also have taken it on the chin, and so have gold, silver, lumber, and bonds.

Cryptos suffered the sharpest declines. Bitcoin, Ethereum, and Dogecoin are just a few of the numerous cryptos that crashed. Cryptos lost two thirds of their value from the market high. Speculators who decided to buy the recent dip thought they were getting a bargain as this strategy had been very successful in the past.

But this time the strategy backfired, resulting in enormous and in some cases even life-changing losses. Some quality small caps suffered terrible percentage declines.

Investors who believed that large caps were safe havens also got hurt badly. Take a look at the FAANG stocks, which include some of the biggest companies in the US and whose stocks helped the bull run to all-time highs. Here’s how they’ve fared in recent months.

These declines help explain the pessimism in a CNBC survey of 22 Chief Financial Officers at major organizations; all agreed a recession is coming by the end of next year and most of them much sooner.

Is all the gloom and doom in the markets a fait accompli? Absolutely not. There are bullish scenarios that could materialize quickly and send the bear fleeing from Wall Street.

For example, a cease fire between Russia and Ukraine allowing fertilizers from Russia to enter the US, either directly or from a third party, and encouraging oil companies to drill for oil are just a few of the possible scenarios that would drive stock prices much higher.

Unfortunately, the bears are holding the cards now. That’s why Andy Schectman, President and Owner of precious metals firm Miles Franklin, warned that “the market may be on the edge of a huge collapse… Very smart people, who know more than I do, speak in terms of an 80% drop in the S&P.”

Wall Street investor Michael Novogratz told MarketWatch flat out that “the economy was going to collapse,” noting the weakness in housing, growing inventories, and rising layoffs.

Meanwhile, a Deutsche Bank analyst raised the concern that Japan is on the verge of a systemic collapse, a development that he said would have “Dramatic, Unpredictable Non-Linearities in the financial markets.”

That Japan has very serious debt problems is not a secret, nor are they new. However, that these issues have reached a level where investors are openly asking whether the country’s financial system will go under is unprecedented, shocking, and frightening.

Spinning Out Of Control?

Developments on The Street were happening so fast that investors wondered whether the market was starting to spin out of control. In mid-June, the Fed increased rates by 0.75 percent, the most in 28 years. The 30-year mortgage rate jumped to a multi-year high of 5.5% – but just a few days later it was 6.28%! The nationwide average price of a gallon of gasoline made a new high on nearly each of the 40 consecutive days ending on June 16. Producer prices are rising at an accelerating rate and are now at a 40-year high. Meanwhile, the cost of food, rent, and utilities also are going higher.

The Fed clearly has to control inflation, but raising rates so sharply in an inflationary environment and in an economy that is clearly weakening will create a lot of pain and intensify the slowdown.

“The Federal Reserve’s missteps in waiting too long to tackle the greatest run-up in prices in four decades has shaken trust across markets and the American public that it is up to the task of curbing inflation,” according to a report in The Washington Post. The director of a retirement research firm said that nearly $3 trillion was lost from retirement accounts. What can’t be calculated is the humongous emotional pain from these losses and the extra years workers will be forced to wait before they retire.

What might happen going forward? No one knows for certain. Maybe all of us will get lucky and the recent declines in stocks and other assets along with the increase in interest rates will break the inflationary momentum and the markets will quickly get back to normal. Let’s hope so, because the medicine the markets have been dishing out has been very bitter and the thought of needing more is nauseating.