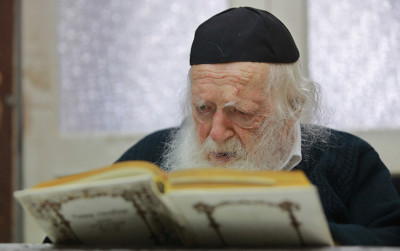 I want to share a story that happened with my family and Rav Chaim.

My parents were living in Lakewood NJ, and my sister and brother-in-law were living in the basement at the time. One night, they hear an unusual knock on the window – and it was a woodpecker. It was unusual because woodpeckers never bang on a surface like that. This continued for many nights.

My parents made a trip to Eretz Yisroel, and someone suggested they visit Rav Chaim – so they had a Sunday morning appointment setup. They asked Rav Chaim all their questions and they mentioned the bird. The Rav thinks for a moment and asks, “does anyone owe you money that passed away very recently?” My father gave it some thought and remembered someone who refused to pay him back and had recently passed.

Rav Chaim said that the bird was a Gilgul (reincarnation) and if he’s going to forgive, he’ll get the money back. So my did just that.

My sister called my mother the following morning. Before my mother can even tell her about what happened with Rav Chaim, my sister said that the bird was gone.

We lost a Gadol b’Yisroel in Rav Chaim. He was a tremendous role model for the entire Klal Yisroel.