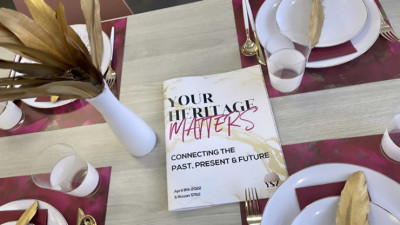 Market gurus come and go on Wall Street, making fortunes, enjoying their 15 minutes of fame, and then fading from the spotlight. Warren Buffett is among the select few who are ranked among the best stock pickers and who have staying power, retaining this high esteem for decades.

Unlike those willing to bet the ranch, the “Oracle” usually takes a conservative approach to investing — opting for the safety of established firms with long-term potential over more risky plays. However, this is not to say that he has never bought or profited from any of those.

His 2002 purchase of PetroChina, for example, was not a typical investment for him, but it generated a $3.5 billion profit.  Other energy investments Buffett made include Suncor Energy, Dominion Energy, and Chevron, and looking at them in hindsight, they clearly were purchased at bargain prices.

Along the way he also bought some high techs, and one of those is Apple.  Buffett first started buying into the company in 2011 by purchasing 10 million shares, which turned out to be exceptionally profitable.

Lately, Buffett appears to be changing his criteria for investing — cutting back on high tech and banks and doubling down on oil and gas stocks, even though some of those are trading near multi-year highs.

Among Buffett’s energy transactions are Occidental Petroleum and Chevron, both very recently trading at multi-year highs.

Both of these companies moved higher before and after these purchases.  Occidental more than doubled over the past 12 months, while Chevron is up 55%.  Both are trading near multi-year highs, but Buffet obviously thinks they have more room to run.  On a related note, Occidental CEO Vicki Hollub purchased 14,200 shares on the open market in late March at a cost of $800,000.  Investment firm Raymond James raised its target price for Occidental to nearly 50% above the current price.

There’s no way to know exactly why Buffett is investing so heavily in energy, but the following information very likely figured into his decision.

According to Yahoo Finance, “Oil markets are likely to remain under-supplied for years, whether the Ukraine crisis is quickly resolved or not, thanks in large part to years of under investment....  (Leading energy experts) say the oil markets will almost certainly face huge deficits that could last for years.”

Many people have the impression that oil is no longer crucial to the economy because newer technologies like EVs, which don’t use fossil fuels, are becoming more popular; at the same time, other green energy sources including wind and solar continue to come on-line and fill more demand.

Although this theory sounds great on paper, it does not hold up, and oil remains vital to the global economy.  Since bottoming in 2020, oil has rallied to approximately $100/barrel, and short-term fundamentals remain very bullish: Demand is steady, oil inventories are at the lowest point in many years, and so are new discoveries.  The easing of the pandemic also is driving energy higher.

According to global precious metal firm GoldMoney Insights, the market is treating these factors as bullish only for the short term, and thinks the bullish case will actually last for years.

“Demand keeps exceeding supply despite the OPEC ramp up and sanctions on Russian supplies are exacerbating this situation.... We could see real oil shortages by this summer.

“The oil markets have finally begun to understand that a lack of investments in large oil projects over the past years will threaten supply over the entire next decade when demand will still be growing.”

Is a ceasefire possible in the Ukraine in the near future?  Could the region return to normal any time soon? Some very informed people think otherwise.

One leading US general urges that more US troops be sent to Eastern Europe; another said that the potential for a significant international conflict in that region is increasing.

Even more worrisome are the comments made by Dmitry Medvedev, deputy chairman of the Russian Security Council and former president of Russia.  Medvedev said that Russia’s actions in Ukraine are just the beginning of much more aggressive plans.

He said Putin wants to “de-Nazify” Ukraine, which would eliminate many of its citizens, and establish a pro-Russian empire stretching from Vladivostok to Lisbon, an area of some 8,500 miles.  This area is nearly three times the distance between coasts of the continental US, and would include all of Russia, a great deal of Asia and even parts of Europe.

No one knows how events will unfold, but at this point investors need to consider the possibility that the heightened tensions in Ukraine are just the tip of an iceberg and could continue for longer than any of us care to acknowledge.  Recent declines on Wall St. and increases in energy prices are signs the markets are taking this information seriously.