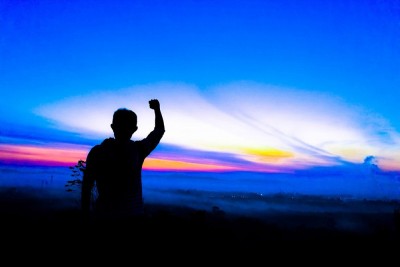 The path to greatness seems simple enough. But when we look around, how many people do we see who are on that path to greatness? How many people do you know who are pushing their limits, living at their peak, and achieving the extraordinary? Shockingly few, probably. This begs the question: Why are there so few people who are living this way, at their highest level? While studying at Harvard, UChicago, and Yeshiva University, I saw many of my colleagues striving for greatness. But even at these great institutions, so many of my colleagues were simply trying to survive and get by. While some were writing books, conducting ground-breaking research, and planning their futures, others had no idea why they were there to begin with. After speaking around the world and coaching countless clients, I found so many people who struggled to even begin the journey towards their greatness. The more I thought about this question, the more fascinated I became by this enigma. From both research and experience, I found five different reasons that come up again and again for why people don’t become great, which we will cover in the next couple articles. When we understand and think about these obstacles, we can ensure that we are armed and ready to overcome them as we embark on our own journey towards greatness.

No Identity; No Destination

Many people have never even begun the journey towards greatness, simply because they don’t know who they are. Imagine waking up in a hospital bed with amnesia; you haven’t the foggiest clue who you are. You try to recall your most recent memories and how you may have gotten here, but you can’t seem to remember. After a few seconds, you come to realize that you truly have no idea who you are. Just then, a group of men enter the room and deliver some shocking news. They tell you that you are the leader of the country, and that once you’re feeling better, there are some important issues for you to deal with. How would you feel? You’d probably hold your head up high, feeling important and respected. But what if instead of addressing you as a world leader, these same people inform you that you are the hospital janitor; instead of awaiting your return to the Presidential office, they’re awaiting your return to the bathrooms on the second floor. How would you feel then? What would you think of yourself?

Even without amnesia, many of us allow our identity and sense of self to be dictated by others. We begin life undeveloped, without an inner identity or a clear sense of purpose and direction. Instead of going through the process of discovering who we are and what we can accomplish with our lives, we allow our sense of self and direction in life to be dictated by others. When we are young, we crave the attention and approval of our parents; as we age, we desire the acceptance and love of our friends, and as we continue to mature, we yearn to be accepted by society. At this stage in our development, we are trapped by living in accordance with what we think other people think we should be. (We don’t know what they want us to be, so we’re actually living in accordance with what we think they think we should be.) We don’t choose our inner identity or our life’s direction, and we never spent time getting to know who we are, what we’re in this world for, and what our true purpose really is. Instead, we become chained to the will and acceptance of those around us, walking on glass and hoping that we are playing the right game.

If we never wake up from this act, we spend our entire lives enslaved to a game where we are playing a role we were never assigned. We feel fake, because we are. We say what we think we’re supposed to; we eat, dress, think, and talk the way that we think we’re supposed to. We act on the outside, but it’s not a true expression of what’s within; mostly because we don’t know what’s within, because we never sought to find out. We were too scared to try, because what if people don’t like us? What if they reject who we are? We fear being rejected so much that we never even accept ourselves. We adapt and mold, giving others what we think they want, never even beginning the journey to our true selves, never even opening the door and walking into ourselves, into the wonders of self-awareness and self-exploration.

And often, this shackling of self can last a lifetime. I remember speaking at an event, and an elderly gentleman came over to me with a grim face and tears in his eyes. He told me that he had recently come back from a funeral, where he buried his closest friend. At the funeral, he and his colleagues had described their friend and his legacy. He told me that he had spent the past few days thinking about his life and came to the somber realization that he had no idea who he was or what he stood for. He was standing right in front of me, but realized that he stood for nothing.

However, it’s never too late. We always have the ability to take ownership of our life and begin to live independently, as our true selves, on the journey towards greatness and self-actualization.

Every day, we need to choose who we are, what we believe in, and how we are going to live our lives. Each morning, we get to create our identity. We are never stuck in the patterns of our past; each day we begin anew. As Avraham said, “anochi afar v’efer”- I am but dust and ashes (Bereishis 18:27). This is generally understood as a statement of extreme humility. However, there is a fundamentally deeper explanation of this statement as well. Ashes represent an elemental breakdown, the most basic particles of an object. Dirt is the starting point of growth, the place where seeds are planted and given life. In a deeper sense, Avraham was saying that every day he would “ash” himself, breaking his very “self” down into its elemental, root form, and he would then plant himself anew. In other words, Avraham would recreate himself every single day. Each and every day, he looked deep within himself, examined and broke down every aspect of his “self,” and then recreated himself for the better, taking the next step in his spiritual growth. Avraham never continued living the same way simply because it was comfortable, or he because he was used to it. Avraham challenged himself daily, constantly pushing himself to become the very best he could be. But the very first step is to choose. Choose who you are going to be by peering deep within yourself and engaging in the process of self-discovery. As you continue the journey of self-awareness and self-discovery, continue to mold and embrace your ever higher and greater sense identity and purpose. In our next column, we will delve deeper into this topic and explore the other factors that hold people back from striving after their greatness.

Rabbi Shmuel Reichman is an author, educator, speaker, and coach who has lectured internationally on topics of Torah, psychology, and leadership. He is the founder and CEO of Self-Mastery Academy, the transformative online self-development course that is based on the principles of high-performance psychology and Torah. After obtaining his Bachelors degree from Yeshiva University, he studied at RIETS, received a Masters degree in Jewish Education (Azrieli), and a Masters degree in Jewish Thought (Revel). He is currently pursuing a PhD at the University of Chicago and has also spent a year studying at Harvard as an Ivy Plus Exchange Scholar, completing graduate coursework there as part of his PhD. To find more inspirational lectures, videos, and articles from Rabbi Reichman, or to learn more about Self-Mastery Academy, visit his website: www.ShmuelReichman.com