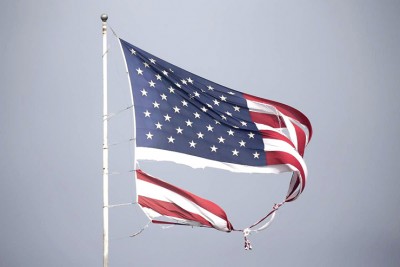 Thanks to the prevalence of social media and the 24 hours news cycle, the public is privy to the opinions that most people used to only say behind closed doors. A desire to shout your feelings to the world combined with the capabilities of a handheld device in the privacy of your own home has yielded some incredible results from a wide variety of officials.

Last week on CBS This Morning, Dr. Anthony Fauci was discussing herd immunity and vaccinations, and blamed Hassidic Jews on a measles outbreak in 2019. In doing so, Fauci callously continued a long tradition of blaming Jews for diseases without evidence. Jews were blamed for many diseases over the millennia, from the Bubonic plagues to the cholera epidemic to, just last year, Covid. Mayor Bill De Blasio tweeted in 2020, “My message to the Jewish community, and all communities, is this simple: the time for warnings has passed.” He made no such tweet directed at the black community during the George Floyd protests and riots, in fact he joined them.

Fauci’s libel against the Jews is just one example of how it's easier to turn the populace against each other or find a scapegoat than to actually solve problems. In today's political environment, blame cannot be apportioned to “protected” groups, so other, less popular, groups get tossed to the wolves. Fauci would never say that the black community is causing Covid spikes, even though black Americans are the least vaccinated ethnic group in the nation.

Since the media made “unvaccinated” synonymous with “Republican”, without evidence, it’s been a field day for former government officials to demonize their political opposition. Obama’s Secretary of Education Arne Duncan tweeted, “Have you noticed how strikingly similar both the mindsets and actions are between the suicide bombers at Kabul’s airport, and the anti-mask and anti-vax people here? They both blow themselves up, inflict harm on those around them, and are convinced they are fighting for freedom.” The moral depravity one must have to think this is beyond words. Three days before Duncan hit “send”, suicide bombers murdered 13 U.S. servicemembers and around 100 Afghan civilians in a deliberate attack. Yet he compares that to an adult who decided not to get vaccinated? As veteran and Texas Representative Dan Crenshaw said, “Wow you’re a real piece of human garbage.”

General Michael Hayden, former Director of the NSA and Director of the CIA under Presidents Clinton and Bush, expressed that he wanted to send his political opponents into an active warzone to be killed. When a twitter user posted, “Can we send the MAGA wearing unvaxxed to Afghanistan, no use sending that plane back empty?” Hayden replied, “Good idea.”

Did these officials just get these opinions after they resigned from government service? Or did they always feel this way, and their decisions and policies that occurred while in office were colored by their political viewpoints. This isn’t to say that government officials shouldn’t have political preferences, that would be impossible. But it shouldn’t be a stretch to ask those in the highest level of government to not wish death upon almost half the country.

This mentality is not limited to the upper echelon of government, it is throughout our nation. TikTok has become a repository for anti-American sentiment, even from teachers. A California teacher posted a video bragging that when the school did the Pledge of Allegiance over the PA system, her classroom did not have a flag. She said that she took it down during Covid because “it made me uncomfortable” and when a student asked her what they should recite the Pledge to, she pointed to the new Pride flag that she put up in her class. Do the parents of the students in her class know that she is indoctrinating their children like this?

This problem goes all the way to the top. Joe Biden, who is a feckless excuse of a Commander in Chief, disrespected the dead Marines who were being transported home by checking his watch during the ceremony. Biden refuses to answer questions about Afghanistan without pre-approval from his handlers. He has a list of reporters that he’s allowed to call on, and he’s too dumb to keep his mouth shut about it. The Q and A portion of his statement last week began with, “They gave me a list here, the first person I was instructed to call on was…” Who is they? Who is instructing the President like this? Do they have the same mentality about Americans as Fauci, Duncan, and Hayden?

This national nightmare which some call a Presidency is barely 8 months long, and Americans have been paying the price (literally) this whole time. Last week, Marines paid with their lives. We can no longer afford to have people in power, at any level, who despise our country this much.