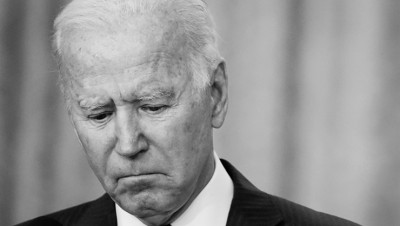 With Biden at the helm, the U.S. withdrawal from Afghanistan has been a colossal, unmitigated disaster. Within days, a resurgent Taliban have taken control of the country, and have now formed a blockade around the airport, reportedly preventing American and Afghan citizens from escaping. And with thousands gathered at the airport, more violence has broken out as terrorists appear to target those trying to escape.

While other countries have deployed special forces in recent days to assist their personnel, the Biden administration is descending into a pathetic spiral of inept fecklessness, effectively saying there may be nothing that can be done.

What we’re witnessing is arguably the worst failure of leadership in modern American history.

Because this defeat — and make no mistake, this is a defeat — has been entirely self-imposed.

Prior to withdrawing, with just a handful of U.S. military personnel still in the country, Afghanistan was largely under control. Not only that, the speed of this defeat was created solely by the moronic strategy of the Biden administration — soldiers first, civilians second — made worse by the fact that the Afghan forces (whom Biden now largely blames for the collapse of Afghanistan) were left without air support or technical assistance.

The reason why this is the most pathetic and embarrassing display of leadership in modern American history is that this outcome was both mind-numbingly obvious and easily preventable.

And when we consider the equally predictable consequences of the Taliban’s capture of Afghanistan, something else becomes clear: Joe Biden is responsible.

Not only will terrorists continue to target civilians in the Biden-induced chaos, but when this eventually subsides, the Taliban will make the lives of countless women and children into a living disaster. They will be forcibly prevented from receiving an education. They will be treated as property, with their value as human beings diluted to burka-laden chattel — if they are permitted to travel outside at all. They will be kidnapped by the Taliban and possibly forced into marriage, or much worse.

And this will all happen as part of a wider bloodbath of mass torture and murder under the ruthless and despicable regime that is the Taliban.

None of this is a surprise, and none of this is a secret. However, despite the widespread understanding of what would happen to these people if U.S. protection was unilaterally withdrawn from Afghanistan, Joe Biden did it anyway.

The blood of these inevitable victims will be on Biden’s hands, as will the unspeakable de-humanization of the women and girls who are now left alone to face the ravaging insanity of the Taliban.

If they have the opportunity to do so, those who are strong have a moral obligation to defend the weak, particularly if their refusal to do so will lead to the demise of the weak.

The United States is immeasurably strong, and those left behind in Afghanistan are now immeasurably weak. In an act of loathsome immorality, Joe Biden has turned his back on them all.

He should never be forgiven.