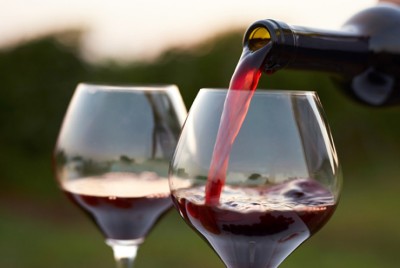 It is well known that the Bracha of Hamotzi recited on bread exempts the other foods he subsequently eats in the meal. Similarly, the Bracha of Hagefen on wine exempts all other beverages that he will subsequently drink from the Bracha of She’hakol normally recited on them. Not only does the initial Bracha of Hagefen exempt the other beverages from their initial Bracha, but the Bracha Achrona of Al Hagefen, recited after drinking a Revi’it (3.2 oz.) of wine, exempts the other beverages from the "Boreh Nefashot" normally recited after drinking them. Chacham Ovadia rules that if one drank less than a Revi’it of wine, but drank more than a Revi’it of water, he must recite the Bracha Achrona of Boreh Nefashot on the water, even though he did not say a She’hakol on the water. He cannot say the Bracha Achrona of Al Hagefen, since he did not consume the requisite amount of wine. Chacham Ovadia compares this to the following interesting case in which one recites a Bracha Achrona on a food, even though he did not recite a Bracha Rishona on it. Generally, bread is the primary food and its Bracha of Hamotzi covers everything else. However, if the bread is eaten solely for the purpose of dampening the spicy or salty taste of another food, the Bracha is recited on the other food. For example, if someone eating very salty anchovies eats a piece of bread with them to dull their salty flavor, he recites Shehakol on the anchovies and exempts the bread. If he ate a Kezayit of anchovies, he recites the Bracha Achrona of Boreh Nefashot, which covers the bread as well. However, if he did not eat a Kezayit of anchovies (and therefore they are exempt from any Bracha Achrona) but did eat a Kezayit of bread, he would recite Birkat Hamazon on the bread, even though he did not make Hamotzi on the bread. These complex cases illustrate the importance of thoroughly learning the Halachot of Brachot. Without this, one will not know how to act properly. That is why the Gemara requires one to go to a Talmid Hacham to learn these Halachot, before the cases arise.