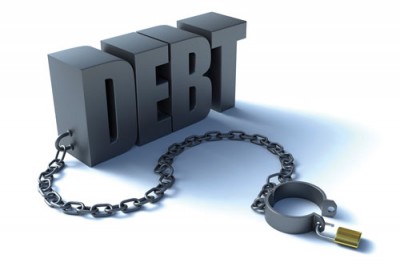 As explained last week, there are two primary exceptions where an individual who files for bankruptcy (i.e., a debtor), will not be able to discharge his debts in bankruptcy. This week’s article, the second installment of our creditors’ rights series, will explain the second exception.

Suppose your longtime neighbor Bob, who’s always giving you his unsolicited advice on mutual funds and financial planning, starts telling you about his new business venture that is guaranteed to make him rich overnight. You happen to think Bob is a fairly intelligent guy; he just talks too much. Bob tells you he is a jewelry wholesaler and he’s short $100,000 for his next major purchase of fine silver from India. Bob, knowing that you’re a well-to-do real estate developer, asks you for a loan to cover the shortfall. Doing your due diligence, you ask Bob for financial disclosures – tax returns, bank statements, etc. Bob complies and gives you his prior year’s tax returns and six months of bank statements. The tax returns show Bob earned upward of half a million dollars, and the bank statements show plenty of available cash as well. Satisfied, you extend Bob the loan.

After making timely repayments on the loan for six months, Bob suddenly stops paying you back with no explanation. Shortly thereafter you discover that Bob has filed for bankruptcy. On his bankruptcy papers, Bob tells quite a different story from the documents he provided you. The bankruptcy petition states that Bob is a “self-employed consultant” with a gross monthly income of only $2,500. The petition further states that he has only one bank account with a balance of $500. This means either Bob lied on his bankruptcy petition or he lied to you.

The only reason you extended Bob the loan was because you thought he had the means to pay it back. If it turns out, though, that the financial disclosure documents Bob showed you were falsified, that means Bob obtained this debt through false pretenses. This, in a nutshell, is the second exception. If a debt was incurred through fraudulent methods, the debt is not dischargeable and survives bankruptcy.

It is important to understand as well that a debt can arise from many different circumstances – not just from a loan. Anytime anyone owes you money for any reason – a business deal, a judgment from a lawsuit, a real estate transaction – these can all be classified as debts. If the debtor incurred the debt to you by using less-than-truthful means, there is a strong possibility of declaring the debt non-dischargeable – i.e., that the debt will not be wiped out in bankruptcy.

As always, though, the rules must be followed to protect your rights. There are many strict deadlines creditors must adhere to in bankruptcy court; waiting too long may end up resulting in forfeiture of an otherwise strong claim. If you thus find yourself in such a position, it is recommended you immediately consult with an experienced bankruptcy attorney for guidance.

Btzalel Hirschhorn is an attorney specializing in the areas of Bankruptcy Law, Debtors & Creditors Rights, & Real Estate. He may be contacted by email at This email address is being protected from spambots. You need JavaScript enabled to view it. or by phone at 516-418-7520.