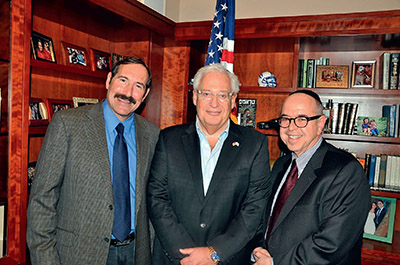 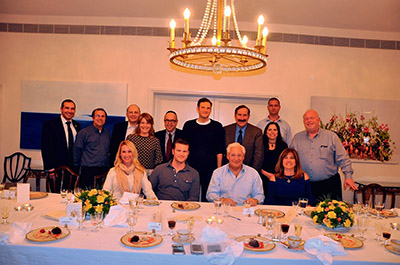 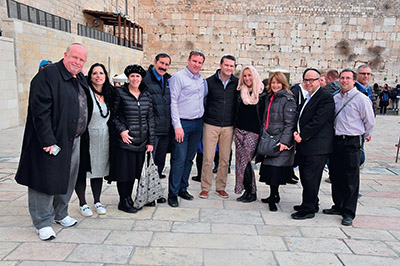 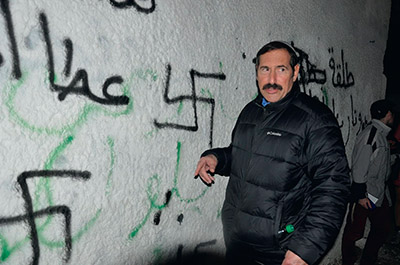 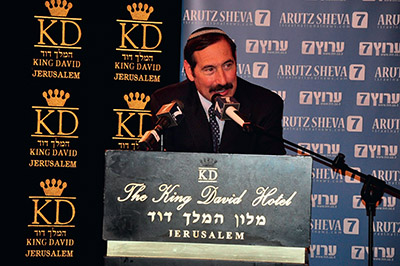 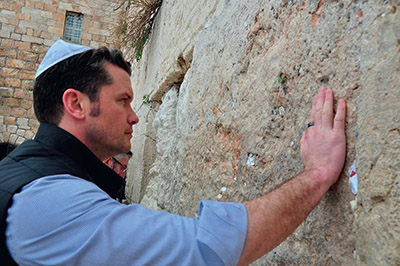 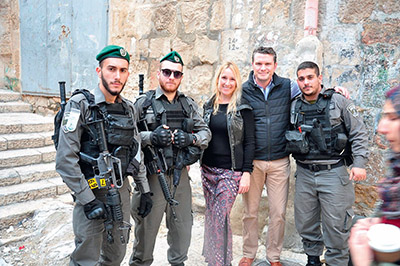 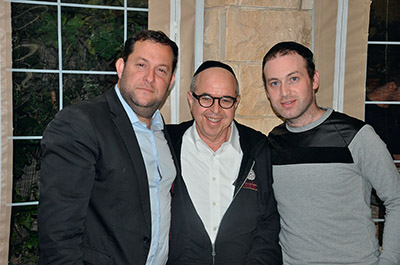 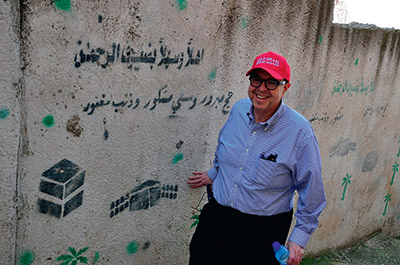 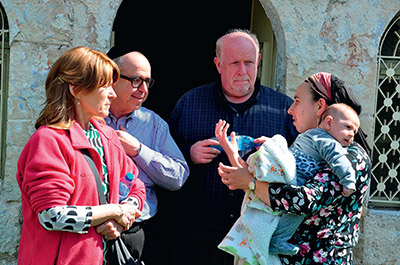 On his visit to Israel last week, Queens Jewish Link publisher Yaakov Serle connected organizations that hosted tours and meetings with important individuals and toured places in the headlines. Among these was the National Council of Young Israel, which hosted a meeting with U.S. Ambassador to Israel David Friedman. “Dr. Joseph Frager arranged the meeting, Cindy Grosz who has been a friend of the Friedman family going back many years,” said Serle. “In elementary school, David protected her brother from bullies.”

Shortly after his appointment as Ambassador after a very close vote of approval in the Senate, Friedman was invited to a meeting with State Department officials. As he hold to Serle, the longtime diplomats and policy analysts were “not all positive ” on the promised embassy move to Jerusalem. “But David Friedman is a great negotiator. He answered every question beautifully,” said Serle. Vice President Mike Pence expressed positive thoughts on it. “The decision was then made to go ahead with it,” said Serle.

Prior to his appointment as the top American diplomat in Israel, Friedman had no political experience, aside from his pro-Israel advocacy and longtime role as Donald Trump’s bankruptcy attorney. Friedman credited Rabbi Druk with the path on which he was headed. “Friedman told him that he wanted to make aliyah. The rabbi told him to stay, make money, and wait five years. He was told ‘you will be very busy,’” said Serle. “He prophesied and it happened.”

A day after Serle’s meeting with Ambassador Friedman, the date of the Jerusalem embassy was announced for May 14th, the secular calendar date marking 70 years since the independence of modern Israel. It will be located within existing U.S.-owned buildings in the Arnona neighborhood, with an expansion planned in the near future. Serle notes that in his diplomatic role, Friedman made attempts to meet with Palestinian officials such as chief negotiator Saeb Erekat. “He did meet with the Arabs and they’re very difficult to talk to,” said Serle.

In a separate interview that week with Fox News Channel host Pete Hegseth, Friedman described the meeting on the embassy move. “The president asks the right questions and brings out the best in their thinking,” said Friedman. “It may come down to a matter of courage. He saw this as an American interest, as a promise he had made to the American
people.”