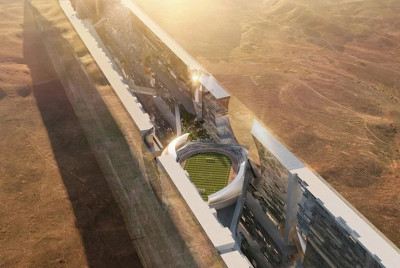 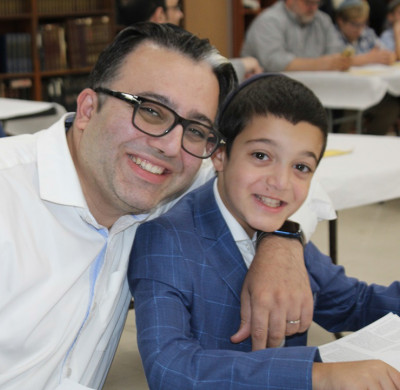 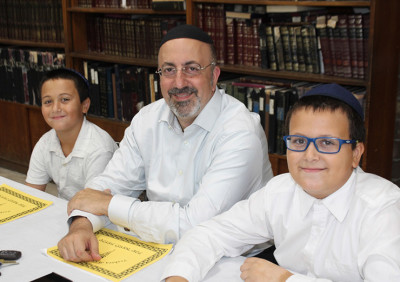 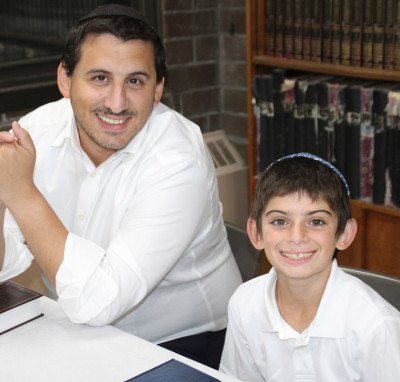 The Yeshiva of Central Queens (YCQ) Parent-Child Learning Program kicked off this year with Slichot on Motza’ei Shabbat, September 17.  Rabbi Shmuel Marcus, Rabbi of Young Israel of Queens Valley, spoke to YCQ parents, students, rabbeim and staff about regret and how we can turn regret into something positive by doing teshuvah, forgiving ourselves, and moving forward.

Rabbi Marcus told a story about a cab driver used by his brother in law in Israel.  This cab driver asked if it was ok to stop to buy a lottery ticket.  He then explained that last year he had a dream, and remembered distinctly form his dream, six distinct numbers.  Since the lottery in Israel is six numbers, he thought this was a sign.  So, he began buying a lottery ticket each week on Motza’ei Shabbat.  He lost the first week, then bought another the next week.  He was still convinced.  For six weeks in a row, his numbers were not picked.  On the seventh week, he was stuck in traffic and missed getting his ticket.  The next morning his exact six numbers were picked on a fifteen million shekel win.  He was given a chance and blew it. Then every week since, he never missed buying a lottery ticket.  This man is living with a great deal of regret.  We should not envy people living with regret, letting it eat away.  This regret, we can do nothing about.  But teshuvah, is a different type of regret. Teshuvah is a regret that can be changed.  From the tefillah in maariv and Hashkeveynu we ask HaShem to remove the yetzer hara from in front of us, the confrontation with sin, and from behind us.  But why from behind?  The sutan tries to get a person to sin, to do the aveira, but after we have sinned, the sutan wants us to keep looking back at what we did, over and over to cause misery and regret.  The idea is turn teshuva to something constructive to be utilized to move forward.

He discussed an important idea. The word for regret is charata, but the Rambam when discussing regret, never uses charata.  He uses a word from Tenach, nechama. The Rambam uses this word, nechama, comfort. Like when someone is in mourning, we offer comfort.  What it is saying is that we know there was a terrible loss, a terrible void, but ultimately one day Hashem who runs the world will help the person understand what was meant to be and why.  So, in teshuvah when one feels regret, they should make this a learning opportunity to improve and motivate positive change.  Abandon the sin and remove it from your thought process.  You committed a sin, now decide, and commit to not doing it again.  Do not keep beating your self up over it. We say that we regret and are embarrassed for what we have done.  It is this instant regret that HaShem forgives immediately.

Rabbi Marcus then talked about Jeff Bezos, the founder of Amazon.  He was a successful Wall Street investor, who one day just picked up, and moved to Seattle to become a used book seller.  No store, just web based sales.  His boss said he was insane to leave a successful career and step into the unknown.  Later, Mr. Bezos was asked why he did it.  His answer was simple, he knew that if he did not at least try this idea, he would look back as an od man and he would regret that decision.  He new even if he failed, he would have tried and have no regrets.

After the learning with Rabbi Marcus, all in attendance joined in a beautiful and emotional Slichot led by Rabbi Moshe Hamel, JHS Assistant Principal.  This program was an amazing and meaningful way to enter into the period of the Yomim Noraaim.

A lesson for the students and their parents to take into this new year is that instead of dwelling on our regrets and getting stuck in the would have, should have, could have, didn’t, but wish I did trap, we should learn to learn from our mistakes, do teshuvah, let go of our regrets and turn them into something positive moving forward. Sometimes something is just gone.  Teshuvah helps us regret and move on.  Rabbi Marcus left us with a thought to ponder.  If we went up to shemayim and when we arrived, we were sitting in an Imax theater, with screens all around and our unedited, uncensored lives was shown to an audience of all of our family, friends, and all those we have known. How would we come across?  This is our chance, so we should take this opportunity to rewrite the movie of our lives to one we would be happy for anyone to view.

When asked why he attends the YCQ Parent-Child Learning programs, one parent of a fifth grader said, “this is a great opportunity to learn with my child and spend quality time. Coming with my son especially to the Slichot program gave me a chance to learn with my son and show him how important teshuvah is and to focus on becoming a better Jew during the upcoming year.”