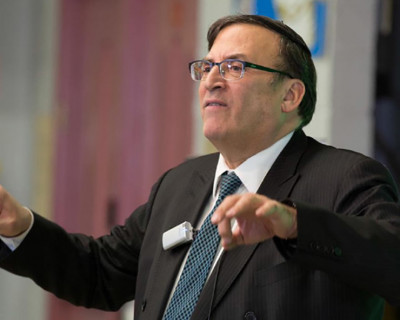 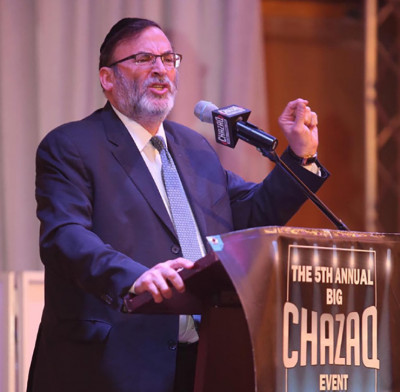 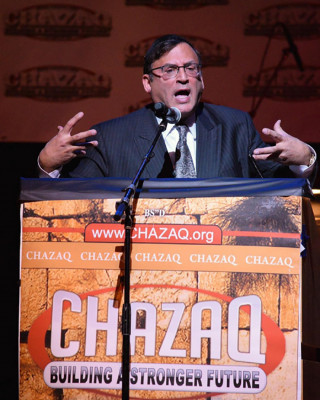 The Jewish world was plunged into mourning with the untimely passing of Rav Zechariah Shimon ben Yitzchak HaKohen (and Tzirel) Wallerstein zt”l, 64, a world-class orator and educator early this past Monday morning.

Rabbi W., as he was often known within the seminaries he built, had a genuine love for all whom he encountered. As one of the most sought-after speakers in the Jewish world, Rabbi Wallerstein, originally from Monsey, illuminated our own path to building a closer connection to HaKadosh Baruch Hu. His efforts brought back thousands of Jews to lives of Torah and adherence to mitzvos. His 775 posted lectures on TorahAnytime–a couple of which I had the humble privilege of recording–amounted to well over 3.5 million views and a top five spot on the all-time list of lecturers for the Torah website. Rabbi Wallerstein was unafraid of going into the abyss to help teenagers navigate young adult life with his opportune and sensible classes; no young person was left behind.

Rabbi Wallerstein operated with an utmost respect for the Torah, yet often exhibited a special honesty in his words. I heard him orate on dating, the misuses of a mobile device, and addictions. In a seminar, one may have heard of Rabbi Wallerstein’s own struggles over the years; these themes allowed his followers to know that he was human after all. In the aftermath of his passing, a video was widely shared where Rabbi Wallerstein noted, “Death is a tragedy, because it ends the potential of life.” But for the rav, his shiurim will live on as his everlasting potential.

In one conversation with a youth helped by the rav, it emerged that a connection to Hashem was established through the pitfalls of anger, embarrassment, and fret. Such self-evaluation led to many young women deepening their bond with their Creator and realizing that dating was a complex yet rewarding process.

In his talks for world-class organizations like Agudath Israel of America, Chazaq, Chofetz Chaim Heritage Foundation, Keiravtuni, and others, listeners were taught to find the positive in every experience they’re dealt, even if the situation is most precarious. I was privileged to hear Rabbi Wallerstein in Eretz Yisrael at Midrash Shmuel, under the leadership of Rav Binyomin Moskovitz, where he would often speak. Rabbi Wallerstein firmly believed that everyone should find a way to make Israel home.

Thanking Hashem and expressing your love to Him became themes that drew the masses to Rabbi Wallerstein. As a prodigy of Queens, I recall the Chazaq Big Events where the rav spoke to crowds numbered well over 2,000, and how there was not a chair to be found in the Beth Gavriel Community Center as the rav began his treasured shiurim – in truth, one could hear a pin drop during his speeches.

Rabbi Wallerstein offered direction in life and gave value to Jewish ideals in a stern yet loving manner; he was the bad cop and good cop at the same time.

Rabbi Zechariah boasted over thirty years in chinuch and was the founder and director of Ohr Naava, a women’s seminary in Flatbush that has become an icon in the Jewish world of fearless vision, deep conviction, and unfailing warmth. The rav was a dynamic educator with a trademark passion, clarity, and love that has touched the hearts and souls of thousands of students from all shades of the religious spectrum. With his legendary foresight and practicality Ateres Naava Seminary, Tiferes Bnos Yisroel Seminary, Ateres Miriam Seminary, Bnot Chaya Academy, Hakarat Ha’tov Initiative, Ohr Naava Shidduch Initiative, The Yutta Zicherman Crisis Center for Intervention, and the groundbreaking, therapeutic Ranch at Bethel all emerged. For boys, Ohr Yitzchak was his brainchild. Rabbi Zechariah lit up one neshamah at a time.

Just over one month ago, when Rabbi Wallerstein’s condition became public with a hospital visit, Chazaq, in conjunction with the Queens Jewish Link, hosted a virtual Tehillim event featuring Rav Gav Friedman, Charlie Harary, and Rabbi Fischel Schachter that was viewed over 10,000 times. In advance of his petirah, the rav humbly asked that the family impart a personal request for verbal forgiveness from anybody bearing a hakpadah, a grudge, towards him. The rav went so far to give his personal email for those who wanted to discuss harboring hard feelings.

In his final lectures for Chazaq, Rabbi Wallerstein focused on giving chizuk to the singles themselves seeking shidduchim during the pandemic and gave chizuk to the Jewish world following the Meron tragedy one year ago.

Rabbi Wallerstein is survived by his wife Estee, their daughters (and sons-in-law) Malky Zicherman, Rikky Deitel, and Shoshi Koslowitz of Kew Gardens Hills, Batya Caller, and Hindy Kolman, as well as his brother Eliezer and sister Sheila Katz. The levayah was held at Ohr Naava, and k’vurah was in Eretz Yisrael at Eretz HaChaim Cemetery at Shimshon Junction. Amongst the hundreds in attendance at the Brooklyn farewell were fellow lecturers Rabbi Reuven Epstein, Rabbi Shimon Galai, Reb Charlie Harary, Rabbi Eli Mansour, Rabbi Maximov, Rabbi Yaniv Meirov, and Rabbi Yosef Palacci, amongst others.