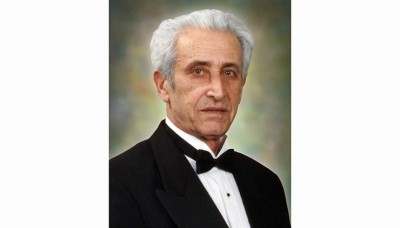 With a feeling of deep sorrow, we report that on October 14, 2021, at the age of 86, the life path of our father, grandfather, great-grandfather, brother, uncle - Boris ben Ogul Isakov concluded his mission here on Olam HaZeh.

Boris was born on March 8, 1935 in the city of Margilan, Uzbek SSR, to the modest family of Mordukhay Isakov and Ogul Yakubova. He was the eldest of three children. In addition to him, the family also had two daughters, his sisters Lyubov and Alexandra. The childhood and adolescence of Boris, like all his peers, fell on the difficult war and post-war years. His father was drafted into the army in 1941 and sent to the frontlines, leaving the family in dire straits. Rescuing them from hunger and poverty, Boris’s uncle (his mother’s brother) transported the family to his quarters in the city of Andijan allowing the family to survive. During his school years, Boris’ friends nicknamed him “PALTARA” (meaning “one and a half” in Russian) for a high jump of one and a half meters due to his height. The nickname stood on and became his middle name.

The family lived in Andijan until Boris’ father returned from the war. At that point, his father was a disabled war veteran. In 1949, at the age of 36, Boris's mother, Ogul, passed and the family moved back to Margilan, where they were sheltered by their grandmother Kumri. Boris always held a deep appreciation and gratefulness to his grandmother for this and continued to support his grandmother in everything until she passed. At that point the care for the family fell on Boris’s shoulders. He began to work and support his father and sisters, whom he helped before his immigration. Boris desired to get a higher education and in turn entered an educational institute in Tashkent. However, the need to help his family forced him to leave his studies and return to Margilan. Yet, a few years later he graduated from the College of Commerce in Tashkent.

In 1959, Boris married Mafrat Yagudaeva from the prominent Yairov family. Their marriage was formulated by a deep mutual respect for one another, which was a rarity in those days when parents often decided who the girl should marry. Life has shown how much their choice turned out to be correct. Together, they lived 58 amazing years in love and understanding. He loved his wife until his last breath. They raised five beautiful sons and one daughter.

Boris worked in the trading system until his immigration to America. He was the head of his store and the head of his base. They had a wonderful, incredibly hospitable home in Fergana, where they moved after their wedding. Their family occupied a nice place in the Fergana community. In 1993, the family opted to leave Uzbekistan and immigrate to the United States. One of their sons has since moved to Eretz Yisrael. Finding themselves in the difficult circumstances of dealing with immigration, the family acclimated to their new surroundings largely due to Boris and the support from his children. The couple as well took care of their grandchildren, constantly gathering everyone at their home. Together they instilled the values of friendship and love for each other. Today, Boris's children occupy a worthy position in our Bukharian community, and their grandchildren have each gone on to receive a stellar education in the best of schools. Boris rejoiced in the success of his descendants and was proud of each of them.

Boris was an exceptionally friendly, calm, and sincere person. Lies, slander, hypocrisy, and bragging were alien to him. His health was undermined by the death of his beloved wife, without whom he could not imagine his life.

Boris’s children did everything in their power to prolong his life. Still, the fight against Hashem’s ultimate decision turned out to be unequal. For the, children, grandchildren, sisters, relatives, and friends, this is an irreparable loss. Boris lived a dignified and beautiful life, and his name will always be with us. One can see from the radiant smile on his portrait how inspiring Boris was to all. Now, although silent, he is watching over us with the same beautiful smile. Boris’ 7 Day Memorial took place on October 20th to a packed hall in Versailles Palace of over 265 people. The family acknowledges the many others who wished to attend. May his memory live on as a blessing to all.