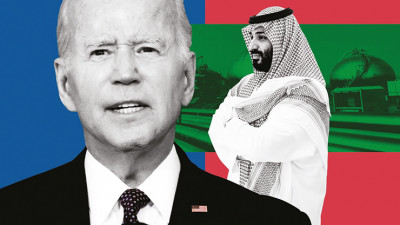 There was an old man who would walk along the beach every morning before work. He was walking along the shore early one morning after a big storm had passed, and found the beach littered with starfish. As he continued further down the shore, he suddenly noticed a small boy in the distance who was picking up shells from the shore and gently throwing them into the ocean. As he got closer, he realized that this boy was actually walking amongst the thousands of starfish that had been washed up during the storm. As he came across each starfish, he would gently pick it up and throw it back into the ocean.

Amused, the man approached the child and asked, “Young boy, why are you doing this? Look at this beach. It’s littered with thousands of starfish; you can’t save all of them. What difference can you make?”

The young boy looked down, momentarily crushed. But after a few seconds, he bent down again, picked up another starfish, and with all his might, hurled it into the ocean. He smiled up at the man and said, “I made a difference to that one!”

The old man paused, intrigued, and after a few moments he joined the boy in throwing starfish back into the sea. Soon others joined, and within a short time all the starfish were saved.

This story relates to a fundamental theme in Judaism. On the one hand, we all believe that we are unique and special. On the other hand, we sometimes struggle to experience our individuality, feeling almost lost in the crowd. If you’ve ever walked the streets of a crowded city, surrounded by thousands of people walking in different directions, you may have felt almost invisible. We live on a planet with over seven billion people; Planet Earth itself is a speck in the universe. If our planet is so infinitesimally small relative to the universe, and within our planet, each of us is only one of more than seven billion people, how are we supposed to feel special and unique?

Compounding this difficulty is the Torah’s emphasis on unity and community. Countless Torah themes and halachot are centered around the value of the community (tzibbur/klal) and how one must dedicate themselves to the greater good of the Jewish People. If everyone is unique and individually important, how can we understand the concept of unity and the need to work toward becoming part of something bigger than ourselves? Must we sacrifice our uniqueness and individuality for the sake of the “Klal,” for the greater good of the community? Many feel as though Judaism aims to remove one’s individual identity and sense of self, instead training us to be a uniform group of people, solely committed to Hashem and Klal Yisrael. What is the deeper Jewish approach to this struggle and conflict between individuality and community, between uniqueness and being part of a unified group?

In order to grasp the relationship between individuality and community, let us study the concepts of order and structure, based on the ideas of Rav Eliyahu Dessler.

The first is order for the sake of order, which is a practical form of order, where pieces simply come together in an orderly, organized structure.

The second is where the pieces within a structure are organized in such a way that it provides practical use and accessibility.

The third is where the pieces within the structure come together in such a way that the ensuing result transcends the sum of the parts.

Let us explore each form of order in further depth.

The world we live in is exquisitely structured and ordered down to the finest details. Anyone who has studied physics, biology, or chemistry, or any form of science for that matter, has gotten a taste of the beauty and sophistication of our world’s order. Every human being has an inner order, which allows our bodies to maintain homeostasis. The order of our world has many important implications and applications as well.

For example, every person’s inner order is manifest and expressed as their outer order as well. If someone is riding on a train where the sound of train wheels on the tracks is making a continuous and steady noise, then if you are in a happy and excited internal state, heading toward a highly anticipated destination, you will joyfully hum along to the beat of the noise. However, if you are in a bad mood, perhaps after a long and stressful day, that very same noise will drive you crazy. In other words, your internal order affects how you perceive your external order.

The same is true of all forms of wisdom, especially Torah wisdom. A truly wise person, in any field, will pursue the underlying principles and concepts, not the endless facts and applications. As the Ramchal explains in several places, this is because the underlying principles contain all the facts and applications within them. An organized and sophisticated thinker will always look for the fundamental concepts and principles that contain and explain all the expressed phenomena and details. If someone asked you whether you wanted a hundred-dollar bill or ten thousand pennies, which would you prefer? Obviously, the single bill, because it contains all ten thousand pennies within it but is a great deal easier to carry around. The same is true for the principles and applications of wisdom. Every single principle contains endless applications, details, and facts. One who is wise will seek out the principle; one who isn’t will be satisfied with facts and applications.

Whenever we learn a Torah topic or a sugya (topic) in Gemara, we always start by looking for the source of this concept in the Torah. This is because the Torah source will account for all the applications within the topic. Learning Torah is about tracing things back to their source and understanding the ideas and principles of life itself, learning how to understand and align ourselves with Hashem’s will. The same is true in the scientific world; physicists are looking for the “GUT,” the grand unifying theory that can account for all expressed physical phenomena.

The third form of order and structure is fundamentally different from the first two; in this level of order, pieces come together in such a way that they create something greater than the sum of their parts. It’s where the parts come together into a oneness in a way that creates something that transcends the parts themselves. (In neurobiology and physics, this would be referred to as “emergent phenomena.”)

Take a radio for example; it is composed of numerous parts and components that, on their own, are practically worthless. However, when these same pieces are organized in exactly the right way, something emanates from them: a radio signal. This type of order is completely different from the first two forms of order. When a library is organized, you are still left with nothing more than the books on the shelves; and when the library is disorganized, each book still maintains its individual value. However, within this third level of order, each individual piece is worthless when all the pieces are not unified, and transcendent when the pieces are organized properly and connected.

This level of order — a unity that transcends the sum its parts — is a deep and fundamental topic, and serves as the underlying principle for answering our original questions. As an individual member of Klal Yisrael, we must determinedly search for our own uniqueness but then strive to fully devote that uniqueness to the Klal, to that which transcends our limited selves. Our true greatness lies in finding our greatness within that which is greater than ourselves.  In our next article, we will delve deeper into this topic in order to build a paradigm through which we can answer our original questions on an even deeper level.

Rabbi Shmuel Reichman is the bestselling author of “The Journey to Your Ultimate Self,” which serves as an inspiring gateway into deeper Jewish thought. As an educator and keynote speaker, he has lectured internationally on topics of Torah thought, psychology, and leadership. He is also the founder and CEO of Self-Mastery Academy. After obtaining his BA from Yeshiva University, he received Semicha from RIETS, a master’s degree in education from Azrieli, and a master’s degree in Jewish Thought from Bernard Revel. He then spent a year studying at Harvard as an Ivy Plus Scholar. He currently lives in Chicago with his wife and son where he is pursuing a PhD at the University of Chicago. To invite Rabbi Reichman to speak in your community or to enjoy more of his deep and inspiring content, visit his website: www.ShmuelReichman.com