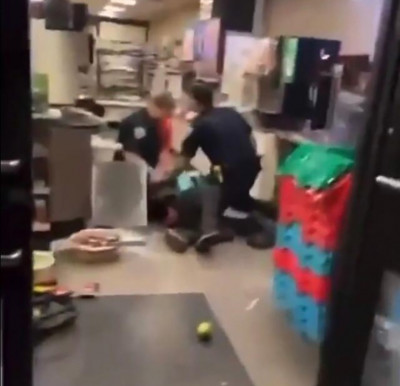 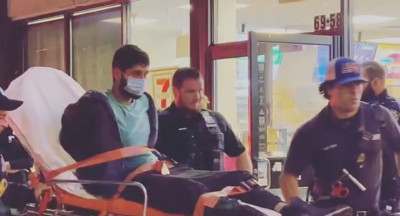 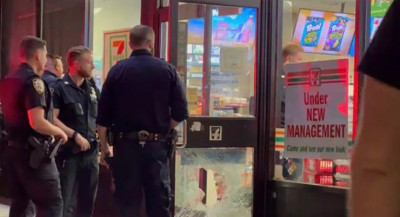 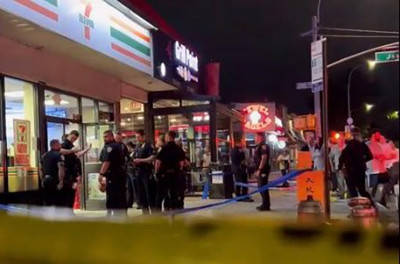 Residents of Kew Gardens Hills can breathe a sigh of relief following an ordeal that has left the community in high tension since late-February/early-March of this year.

At around 11 p.m. on Monday evening, May 23, as I headed to a meeting, lights and sirens once again filled the intersection of Main Street and Jewel Avenue, home to several stores, including the local 7-Eleven, open 24/7. I did not need a Hatzalah radio or the Citizen app to know that our neighborhood was once again being attacked. No, this bout of violence was not anti-Semitic; rather it was our neighborhood falling victim to the horrific rise in gun violence that has plagued New York City since the pandemic waned.

The serial armed robber was bound to come back, but when? The 107th police precinct has had the store on high watch over the past number of months, keeping a consistent presence that included an empty patrol car or a scarecrow NYPD scooter when live patrol was unavailable. It was reported around two weeks ago that the lone scooter would remain in the stead of officers, as it had been a considerable amount of time since the gunman reappeared.

Each time the Queens Jewish Link went to print, I reckoned how to report the ever-increasing gun violence in the neighborhood we love. With the capture of the gunman – over a reported $200 – I felt the newspaper can now relay a sense of calm to its readership.

On scene Monday night, I was informed that the clerk on duty had a gun pulled on him at 10:25 p.m. as a demand was made for cash. I saw firsthand the shattered door of the popular convenience store. The only victim was a coffeemaker; there were no apparent injuries aside from the gunman, Alan Malkov, 22.

“The Commanding Officer of the 107th Precinct called me last night to inform me of the arrest and the many charges the perpetrator will face,” wrote Council Member James F. Gennaro in a Facebook address to his constituents. “Now we can only hope that whatever is left of New York State’s softest-on-crime-in-the-nation criminal justice system will be able to mete out some justice to this perpetrator after the intentional dismantling of NYS’s criminal justice system by Governors Cuomo and Hochul – in partnership with the State Legislature (who really led that movement) – I don’t have high hopes. But I do have great respect for Mayor Adams, who continues to try to push the State to enact his anti-crime blueprint in its entirety. So far, he has gotten little out of Gov. Hochul with regard to enacting his criminal justice blueprint, but he HAS gotten a lot of derision from the Governor and the State Legislature for trying to make the City (and the State) safer. Imagine that...”

Gennaro continued, “Welcome to the Bizarro-World of Albany, where violent crime is essentially regarded as freedom of expression, and those like the mayor who want to infringe on that ‘protected activity’ and protect the public from violence and make those who perpetrate violence face justice and be removed from our streets – are mocked. I and a handful of like-minded City Council Members continue to work with the mayor in the waning days of the State Legislative session to get more of his blueprint passed in Albany, but time is running out. Hopefully, the terms of the Governor (who caves to the pro-crime crazies in the Legislature every time) and the terms of those in the State Legislature who seek to enable crime will run out this year, as well. (And by no means do all of our state legislators support crime – some do their best to fight our pro-crime Governor and their crazy legislative colleagues. God bless them.) Anyway, the 7-11 serial armed robber has been arrested by the great work of the NYPD (God bless them, as well) and the perpetrator is ‘in the system.’ We will see for how long...”