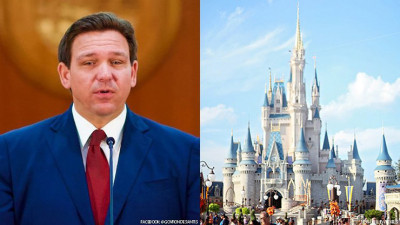 “Well, they realized that it’s in their better business interest to go along with [insert Leftist cause here].  They don’t really believe this; they are just making money.  What’s the big deal?”

This reply, or something similar, is the frequent answer given when the latest mega-corporation acquiesces to the cause du jour.  Black squares on social media to show fealty to BLM, rainbow flags in the month of June, and commercials that show men teaching their transitioning daughters how to shave their faces have become so common that it’s taken for granted how radical society has become.

For years–decades even–those with Leftist, progressive views have insisted that everyone and everything around them share those views.  This is not a sudden phenomena.  Back in a 1994 episode of Seinfeld, Elaine adamantly refused to eat pizza from a particular restaurant because the owner contributed money to pro-life causes.  In the case of life imitating art, this method of activism has been adopted by the left to the extreme.

In 2012, Chick-fil-A came under fire because its Christian owners were against same-sex marriage (an opinion shared at the time by President Barack Obama).  They have since been banned from opening up locations at various airports and college campuses around the country because of this stance.  In 2014, the CEO and co-founder of Mozilla Firefox, Brendan Eich, was forced to resign because he opposed Proposition 8 in California.  During the Trump era, boycotts were called against Home Depot, Goya Foods, and MyPillow because their owners didn’t toe the anti-Trump line.

In none of these cases, however, were the corporations themselves the driving force behind the rhetoric.  The owners or higher ups had opinions, and those opinions did not reflect those of the corporation at all.  They made it clear early and often that was true.  It didn’t matter.  Like Paccino’s Pizza in Seinfeld, a business cannot be patronized if its owner doesn’t agree politically.

Compare this with the ads that Oreo recently put out, showing how accepting parents are of their son’s preferences in the face of the older generations’ assumed bigotry.  Or the Monopoly commercial that lambasted society for not having enough women inventors.  Or the Procter & Gamble commercial that pushed white guilt.  Or, of course, the Disney and Nickelodeon decisions to infuse children’s programming with socially-left values.  In all of these cases, it’s the corporation itself that is pushing the messaging, not just the opinions of one of the owners.

Why do these corporations know they can get away with this?  Aren’t they aware that at least half of their potential customer base disagrees with this ideology? What happened to the famous Michael Jordan proclamation of “Republicans buy sneakers, too”?

The problem conservatives have had is civility.  Up until Trump came on the scene in 2016, Republicans had played defense on the cultural landscape.  Whenever the Left pushed a new norm, conservatives retreated–over and over again.  In that continuous retreat in the culture, conservatives lost Hollywood, the universities, Silicon Valley, Corporate America, and many more battlefields.  In many circles, it is more acceptable now to kneel for the flag than to stand for it.  On the highest court in the land, the latest Justice cannot say what a woman is.  It is unsafe for parents to put their kids in front of the television without wondering what they’ll be shown.

Now that Republicans are finally fighting back, there are still many on the Right who are squeamish.  The latest example is a reaction to Florida Republicans, led by Governor Ron DeSantis.  After Disney, as a corporation, publicly opposed Florida’s Parental Rights in Education Law–going so far as to say they would support court challenges to it–Florida Republicans decided they wouldn’t be civil.  When Disney CEO Bob Chapek wrote a letter reading, “Starting immediately, we are increasing our support for advocacy groups to combat similar legislation in other states,” they voted to strip Disney of the myriad of privileges it has in the state of Florida–privileges that allow it to save tens of millions of dollars in taxes per year and essentially act as its own autonomous country within the state.  Many on the Right saw this for what it is: a warning to all corporations that there is a price to pay for caving to the Leftist radicals that exist within your ranks.

Yet still, there are countless Republicans who oppose moves like this.  Charles C.W. Cooke, writing for National Review, calls the move “an ugly and ill-conceived mistake, a blemish on DeSantis’s otherwise mostly excellent gubernatorial record.”  He’s not alone.  Republican think-tanks, who presided over the decline of Western civilization with nary a word to say about it, now are very angry at DeSantis for going up against Disney.

As columnist Josh Hammer wrote for Newsweek, this is the practice of “principled loserdom.”  Civility and cordiality are paramount in this mentality, not actually keeping the culture strong or prosperous for the next generation.  These are the people on the Right who scoff at Trump because he wasn’t presidential enough while he was out there leading the world to a (short-lived) era of peace and prosperity.  These are the people who stand in the way when conservatives protest statues of Teddy Roosevelt and Thomas Jefferson being removed in New York City.  This problem with civility grew exponentially during COVID, when people would allow themselves to be locked away from their families for a year, mask up for two years, and submit to every single rule and regulation promulgated by the authoritarian regime.

Your civility is not your asset; it’s an advantage to those who wield it against you.  They will push, endlessly and relentlessly, counting on your manners to allow them to take every inch they can.  And when you push back, they lash out, calling you all kinds of names and demanding why you care so much.  Don’t buy it.  The era of civility is over.  Taking back the culture will be a long and arduous process, and it’s going to be very difficult.  Don’t make it harder by being polite to those who seek to destroy every value you hold dear.