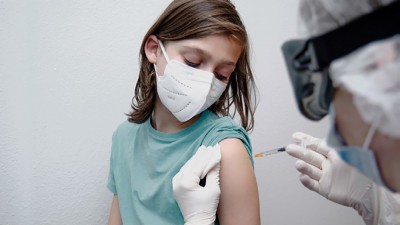 When California governor Gavin Newsom announced a first-in-the-nation COVID vaccine mandate for K-12 students, he claimed that “this is just another vaccine.” His words reflected those of Dr. Anthony Fauci back in August, who said, "I believe that mandating vaccines for children to appear in school is a good idea. We've done this for decades and decades, requiring polio, measles, mumps, rubella, hepatitis [vaccinations].” Were a Republican to say this, fact-checkers would rate these claims as “mostly false” because they are “missing context.”

Comparing the effect of COVID on children to polio, measles, chickenpox, or any other disease is asinine. According to NPR, “In 1952 alone, nearly 60,000 children were infected with [polio]; thousands were paralyzed, and more than 3,000 died.” According to the World Health Organization (WHO), regarding measles in 2019, “Most [of the 140,000 worldwide] deaths were among children under 5 years of age. Babies and very young children are at greatest risk from measles infections, with potential complications including pneumonia and encephalitis (a swelling of the brain), as well as lifelong disability–permanent brain damage, blindness or hearing loss.” According to Oxford’s Journal of Infectious Diseases, chicken pox in the 1970s and beyond was far more infectious and life-threatening to those under 20 than those over–so much so that it wasn’t even necessary to break down over 20 into 4-year groups, like they did with children.

These diseases are far different than COVID-19 in the K-12 student population. According to the CDC, from January 2020 through October 2021, a period of 22 months in a population of 75 million, there have been less than 600 deaths for children under the age of 18. While each death is tragic, this is not an epidemic that affects young children the same way polio, measles, and chickenpox did over the last century. So to the question of whether children need to be vaccinated to protect them from this disease, the answer is no. Their age protects them.

Then there is a question of the vaccine itself, and where it fits in the history of vaccine mandates. First, every vaccine has an inherent risk, as every medicine contains side effects. The question for every person who takes every drug is: Do the rewards outweigh the risks? Chemotherapy has some terrible side effects, but many people determine that the reward of cancer remission outweighs it. Some decline chemotherapy for their own reasons. So it is irresponsible of the media and those who push mandates to completely ignore the rare–but possible–long-term side effects of the vaccine. Those side effects are far outweighed by the reward of the vaccine, but only for the older population that is at greater risk of hospitalization or death from COVID.

Then there’s the timeframe. While the creation of the COVID vaccine is a scientific miracle, as well as President Trump’s greatest accomplishment in office, the mandate of the vaccine is faster than any in history. It is impossible to determine the long-term side effects of a vaccination that is less than a year old. Comparatively, the FDA approved the vaccine for chickenpox in 1995, but it took between 2 and 16 more years for states to mandate it in schools. Newsom is mandating a vaccine that was only approved for 12-15-year-olds a few months ago, and for 5-11-year-olds that hasn’t even been approved yet. It took the measles vaccine 12 years to become mandated. And all of these diseases were far deadlier to children than COVID.

Newsom will not be the last Governor to mandate a COVID vaccine for children. Governor Kathy Hochul of New York has mandated masks for all students ages 2 and up, despite the lack of scientific evidence to support that decision. They have determined that using children to achieve their political goals is far easier than convincing adults. Parents are always concerned about their child's safety, regardless of the actual risk, and children do not know better than to comply with the rules. However, like the anti-CRT movement happening in our nation's schools, it is up to parents to inform themselves about the realities of COVID and the vaccine and to fight for the rights of their children. Because no one else will.