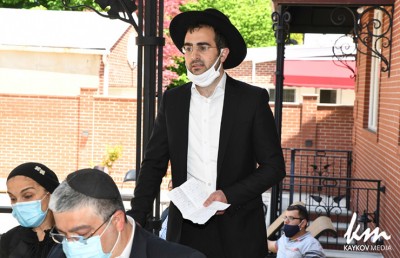 Three Torah leaders from America, Rabbi Yitzchok Hutner, Rabbi Ruderman and Rabbi Teitz were discussing the mourning of a father and of a son.

Rabbi Hunter answered that the reason why the son mourns over his father longer is because not only did he lose his father but rather he also lost his connection to the Mesorah/tradition, which means the illustrious lineage that the father came from. The father gives over to the son a path in which he was taught through his parents and which they were taught from their parents. And when the father passes away that connection to the ancestors is severed. But when a father mourns the death of his son, he’s mourning only the loss of the son but the Mesorah he still has.

This last Motzei Shabbat our family lost our dear mother and grandmother “Miram Bat Suri” who set the path of what she learned from her parents in which they were taught through their parents. At the age of 39 to lose a husband and marry off all her sons on her own and continue the rest of her life alone to heed her children and grandchildren on the right path selflessly truly shows she came from a special Mesorah. Although we lost the Connection to the illustrious Mesorah we do live with the Memories of how she persevered and built a beautiful large family with many grandchildren and great grandchildren going in the ways of Torah and Mitzvot. May we continue her legacy! Amen