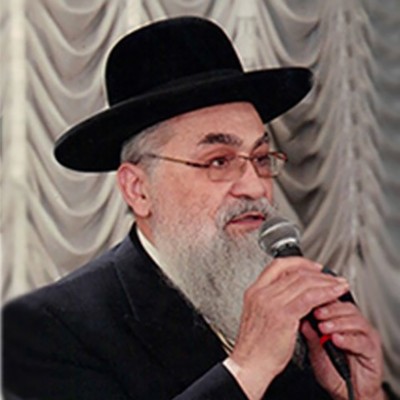 Rabbi Mordechai ben Tamar Rachminov zt”l was remembered by many of his rabbinical peers in a shiv’ah memorial tribute on Sunday, May, 10, 2020. For the past 9 years, Yan Moshe, the president of the Rego Park Center on 99th Street shared building space with the holy rabbi’s synagogue, Ohel Joseph and Brukho Toxsur. At the service, Moshe proclaimed, “Rabbi Rachminov did everything for the people, no matter how he felt.” The sentiment was reiterated countless times as each speaker reminisced on Rabbi Rachminov’s impact in Queens and amongst the Bukharian community at-large.

Rabbi Daniel Cohen, rav of Shaare Haemet, a nearby house of worship noted, “Rabbi Rachminov was one of the righteous from our community.” This feeling rang true repeatedly as it became evident that the community had suffered a tremendous loss. Rabbi Nachum Kaziyev, the rav of Ohr Natan community center and publisher of the Druzba publication, reflected on Rabbi Rachminov’s early passions and his awe-inspiring transition into the rabbi the community grew to admire. “Rabbi Rachminov was a musician, a man of art, and a singer. But as soon as the rav met the holy Torah scripture, Rabbi Rachminov made teshuvah and attended Jewish themed classes daily.”

Rav Ilan Meirov, the director of the Chazaq Organization detailed the shocking rollercoaster of a life that Rav Rachminov led. “In his early years, Rav Rachminov was a popular rock singer, the kind the public looked forward to a musical release. Midlife, the truth of the Torah was revealed and with proper research and rabbinical guidance, Rav Rachminov embraced its words and for over thirty years became a recognized disseminator of its holy words.” The story was told of a follower who lost a loved one and desired to follow the Torah more closely. Rav Rachminov would deliver precise guidance leaving an indelible mark on every student. Rav Meirov explained that the Rav has a keen ability to reach the older Bukharian generation and change their lives for the better. On a personal note Rav Meirov stated, “Not so long ago, I lived near the Rav’s shul and frequented his minyan on Friday evenings. It was an absolute privilege to witness the Rav’s charm pierce the hearts of everyday community members.”

As the various speakers delivered their eulogies, the concept of asking forgiveness became a theme for the program. Evidently, after beginning a Torah life, Rabbi Rachminov spent the rest of his days repenting by fully dedicating every moment to his Creator. Rav Menashe Tzadka, rabbi of Bet Medrash Tov, called Rav Rachminov “a friend of Hashem. The Rav would often say tehillim at home and then depart for shul to teach Torah, always thinking about the next lecture he would deliver.” Shabbat was a special time in Ohel Joseph as Rav Rachminov was available nearly the entire time for the community. Rav Tzadka added, “Rav Rachminov would make CDs in the Bukharian dialect detailing the laws of Shabbat, kiddush, candle lighting and brachot. Stories would come forward of those as far away as Israel who would mention they keep the mitzvot only because of these lectures. Rav Rachminov found ways to serve the Almighty both privately and in the public arena. Twenty-five years ago, without much knowledge, Rav Rachminov would attend my lectures and absorb each word. His wife always stood at his side aiding him in all ways.”

The turbulence of Rav Rachmonov’s life dated back to his time in the Russian forces when Kosher food was not available. According to Rav Tzadka, the Rav was pained by this period when he was forced to eat prohibited foods. “Every Elul Rav Rachminov would fast each day, besides for Shabbat, to cleanse his body. The Rav continued this procedure until this past year when the doctors told him that a heart condition would not allow the continuation of this practice.”

Rav Meirov encourages the community to pass on the Rav’s teachings and take upon small tokens of religion as these often were seeds of teshuva the Rav treasured because as humans we make mistakes and are far from perfect, yet we still strive for a better day. “Consider making a bracha even if you are not religious; eliminate jealousy from your daily routine and shy away from moments of anger because they will not bring upon any good,” said Rav Meirov.

Rabbi Avner Yunayev described Rabbi Rachminov as “upright, honest, and simple.” Each of these terms truly embraced the Rav that the community entrusted with much of their questions. “Rabbi Mordechai was tamim (pure),” said Rabbi Yunayev. “In the last decade, the Rav was in our synagogue for twenty hours daily.” A typical day for the Rav included the recitation of tikun chatzot at 3 am and being the first to attend prayers each day after immersing in the sacred mikvah waters around 4:00 to 4:30 a.m. for Netz and the shacharit prayers. Rav Rachminov was well-known for advocating the usage of the mikvah for both men and women and took pride in knowing that the mikvah on premises was used by the young and old congregants of the synagogue. The Rav’s beloved wife would relate that her husband would take upon these measures even if when feeling under the weather. This was followed by one and a half hours of classes, a short rest, then at 2:30 p.m. learning continued and soon was followed by minchah, arvit, and often a yushvo (memorial gathering), along with weddings. Rabbi Yunayev continued a reflection of Rav Rachminov’s famous teachings, “The best yushvo is not in a restaurant or at a home, but in the synagogue.” Rabbi Yunayev shared a personal memory, “When I lost my father at a young age, Rav Rachminov became my father.”

Rav Yitzchak Yisraeli, the Chief Bukharian Rabbi of the USA and Canada, called Rav Rachminov an honorable scholar who was steadfast devoted to the words of the Torah. “In working closely beside Rav Rachminov, I saw firsthand how the Rav taught his community to love the Torah and fulfill its mitzvot correctly per halacha.” Rav Yisraeli continued, “This meant that one should strive to keep the highest levels of kashrut for meat and kemach yashon according to Sephardic customs.” It was Rav Rachminov’s passion to make daily life more enjoyable for the Bukharian community he cherished so dearly. The Rav was a gentleman who shied away from the politics of the neighborhood and pushed for unity and continued success amongst the community members on all angles, especially in his position on the Bukharian Rabbinate. Every day was filled with new ways the Rav would find to uplift the community in love and unity. Rav Yisraeli noted, “It now rests upon us as individuals within the Bukharian community to follow in the ways of the Rav and keep the unity and strong improvements a daily occurrence amongst one another.”

Rav Yigal Haimoff was an old friend of Rav Rachminov who experienced the Rav’s talents as early as his own engagement party back in Eretz Yisrael. “I vividly recall how Rav Rachminov sung from the heart with full fervor. It was way back then that I saw the fear of Hashem ignite within the Rav along with a need to fulfill each task with all his strength. It was no surprise to watch Rav Rachminov’s devotion to each congregant in his minyan as his own child.” This zeal for the Torah was exemplified best when the Rav fainted a few times during tefillah. These instances required hospitalizations, yet the Rav did not seem to see a fault of his own as he continued to seek ways to bring joy into the lives of others. Rav Rachminov did not know how to respond in the negative and never denied a community an invitation to speak, always affixed with a signature smile. From Starrett City, Brooklyn to the many areas of Queens including Kew Gardens, Kew Gardens Hills, Jamaica Estates, Fresh Meadows, Briarwood among others Rav Rachminov was delighted to spread the name of Hashem. Rav Haimoff pointed out, “Every moment of Rav Rachminov’s life was a chesed from Hashem as the Rav’s health problems were quite serious. Nonetheless, the Rav joyfully followed in Hashem’s ways and sought to find new ways to honor His greatness. To this end, the Rav became a mohel well into his time as a community rabbi.” Rav Tzadka explained that the purpose of the Rav becoming a mohel was to find new methods to serve Hashem. Rav Meirov was honored to have the Rav perform the bris for one of his son’s and saw firsthand the joy being a mohel brought. At community weddings, Rav Rachminov had a special enthusiasm and was often seen jumping with excitement that a new Jewish home was being created. Rav Meirov, observed, “Rav Rachminov took the talents of his singing career and applied them to the life of being a rabbi, showcasing his voice at simchot.

Rav Akiva Rutenberg, the CEO of Emet Outreach, explained Rav Rachminov’s joy in life as an overall feeling of being content with his allotment and that he found every moment to be a privilege. “There was a special sparkle in the Rav’s eye when he spoke of the world. Often there would be an undertone of humor in his words that permeated all his conversations.” Rav Rutenberg advised, “If we take just one aspect of the Rav, it would be to enjoy the flashes of life and grip each opportunity as if it were our last.”

By Shabsie Saphirstein with Sergey Kadinsky