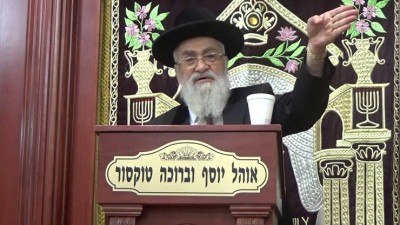 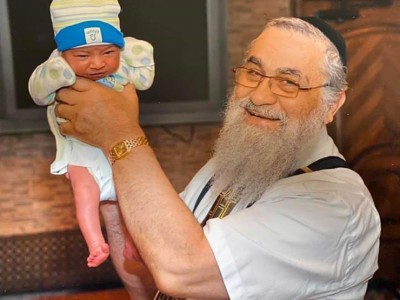 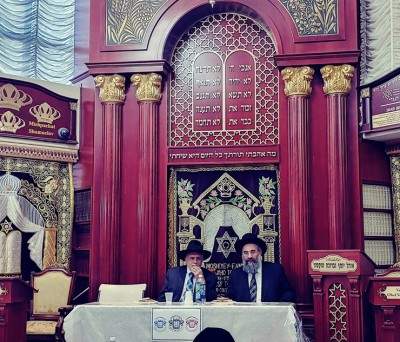 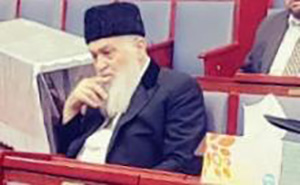 The COVID-19 virus has plagued the world in a frightening fashion, leading to hundreds of thousands of deaths across the globe.

Our Bukharian community, like all other communities, has unfortunately not been spared. Tragically, scores of our community members have lost their lives over the past few weeks, leaving many families in a state of mourning.

One of the deceased was a great leader in our midst, Rabbi Mordechai Rachminov, lovingly known as Rav Murdechoy to hundreds of his followers.

Rav Murdechoy was a legend that will never be forgotten. He was truly the “total package”. He was a professional cantor, bar mitzvah teacher, lecturer, mohel, and a fatherly figure to his many students. His smile radiated beyond his immediate surroundings and his voice was thunderous, heard from afar.

I came across a video on social media posted by the renowned Bukharian film producers, Kaykov Media, showing one of the Kaykov brothers reading the Torah in the old Bukharian Jewish Center in the early 90’s (before it became the magnificent structure it is today). Who taught him how to read? None other than Rav Murdechoy.

I saw dozens of photos of babies being held at various brit milah celebrations where Rav Murdechoy served as mohel, pro bono.

I saw footages of him singing under the chuppah at so many weddings, bringing joy to so many brides and grooms.

What a loss! What a tragic passing to all of us!

Although I did not know Rav Murdechoy on a personal level, I did receive his blessings at several brit mila’s, including at my nephew’s two years ago. After his passing, I sat and watched several of his lectures on YouTube. My Russian needs some polishing but every word he said was a gem. He spoke from the heart and to the heart.

I also listened to the special community wide event that was organized on his seven-day memorial by his synagogue, the Ohel Joseph Rego Center, together with community organizations, streamed on Torahanytime.com

Heart felt messages were relayed by many prominent Rabbis and also by the president of the Ohel Joseph Rego Center, Mr. Yan Moshe.

The English program began with a eulogy by the Chief Rabbi of the Bukharian Community of USA and Canada, Rabbi Yitzchak Yisraeli. He was followed by Rabbi Haimoff, head of the Ohel Simcha congregation, Rabbi Akiva Rutenberg the CEO of Emet, Rabbi Ilan Meirov the director of Chazaq, and Rabbi Tzadkah of the TOV congregation.

The Russian program started with Rabbi Avner Yunaev and was followed by Rabbi Shimunov of Beth Gavriel Congregation, Rabbi Nachum Kaziyev of Ohr Natan, and Rabbi Cohen of Sharei Emet.

The lesson I learnt from all the speakers was Rav Murdechoy’s love for the Bukharian people. He gave his heart and soul. He gave everything he got!

Most of all, I learnt how much Rav Murdechoy respected Torah scholars and recognized the importance of unity.

Rav Murdechoy used to host many of the Rabbinical meetings for the Chief Bukharian Rabbinate of USA and Canada, believing that uniting the community organizations and Synagogues would be the solution for many of the problems our people face. Although he was older than Rabbi Yitzchak Yisraeli, the Chief Bukharian Rabbi, by two decades, Rav Murdechoy treated him with utmost respect due to his extraordinary Torah knowledge.

At a recent meeting in his synagogue, Rav Murdechoy stood up from his designated chair near the Holy Ark and dragged Rabbi Yisraeli to sit there in his stead, proclaiming that since Rav Yisraeli is the Chief Rabbi and leading Torah authority of the Bukharian community, he must therefore sit at the head. Indeed, after several seconds of arguments, Rabbi Yisraeli was “forced” to sit on Rav Murdechoy’s seat near the Av Beth Din, Rav Ben Haim, while Rav Murdechoy himself went to sit on the ground level despite having an additional chair available near them. Indeed, Rav Murdechoy displayed great honor for Torah scholars while also exhibiting his great humility. It is actions like these that personified Rav Murdechoy’s essence.

Rav Murdechoy’s tragic passing came at a time when he went to visit his children and grandchildren in the Holy land of Israel. Unfortunately, he was not privileged to enjoy his time with them as the virus struck him hard, keeping him hospitalized for several weeks. Whatsapp groups were started by several young members of the community, and they had tehillim read around the clock for his merit. But it was not to be. Rav Murdechoy ben Tamar was taken back by his Creator and all the tehillim read for his merit will escort him to a special place in Gan Eden.

He leaves behind his Rebbetzin, children and grandchildren, along with many students who mourn his passing. May they be consoled amongst the mourners of Zion.