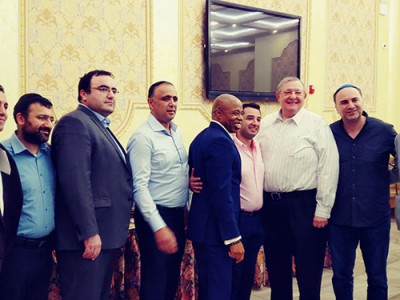 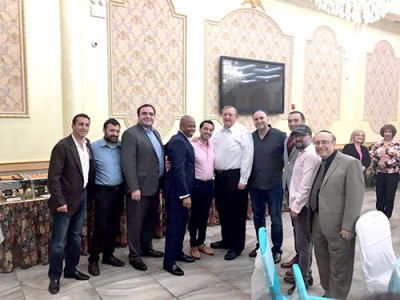 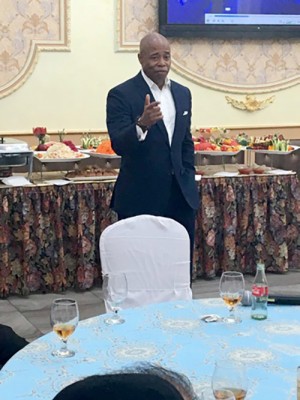 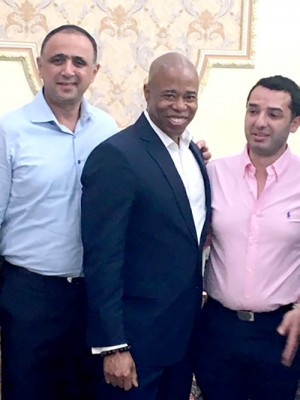 On Sunday May 19th, community activist Emanuil Kalendarev hosted a Meet-and-Greet for Brooklyn Borough President and potential NYC Mayoral Candidate Eric Adams. The event was held at the beautiful hall in the Rego Park Seniors Club located on 99th street. In attendance were many community pioneers and business leaders. Mr. Eric Adams took the opportunity to address the crowd and lay out his vision of a better NYC.

Eric Adams gave voice to the average New Yorker concerned with too much red-tape and micromanagement. The City runs essential tasks, but should do a better job of giving people a break. Furthermore, if City agencies would make a greater effort in communicating with each other, they could reduce the inefficient double and triple job for the same work.

Eric also promised to ride the subways as a Mayor and committed to do what it takes to fix the failing crumbling system. Every day, we hear about mismanagement, money being wasted, and mounting frustration. New Yorkers work hard and deserve a Subway which works hard with them. Eric also mentioned his familiarity with another essential aspect of NY life, the NYPD. As a former police officer, Eric claims an intimate understanding of the work they do and how to keep it up to par. Finally, Eric weighed in on the extremely hot topic of prisons in our communities. He opposes closure of Riker’s Island and would instead spend the money and time to fix it.