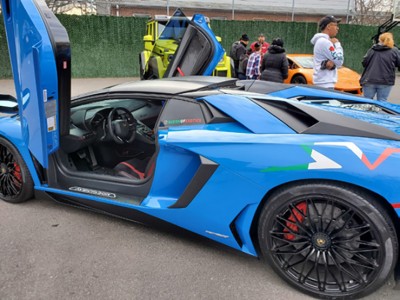 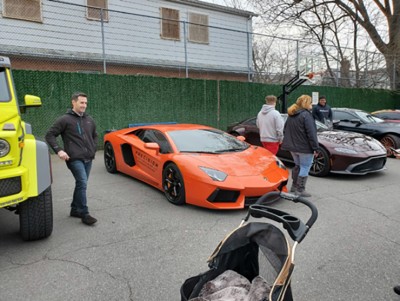 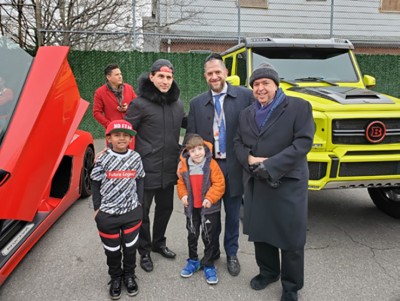 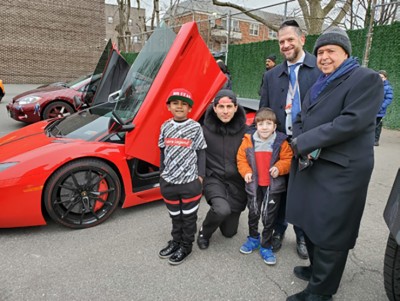 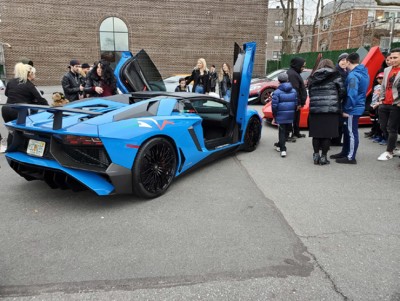 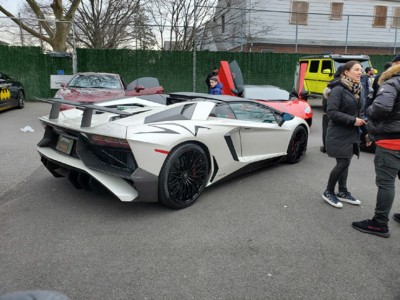 This past Sunday afternoon, February 16, 2020, Batman came to save the day at the Yeshiva of Central Queens parking lot in Kew Gardens Hills where there were lots smiles and tons of joy with 23 striking zooming through. Since 2008 Josh Aryeh, a Lawrence, NY resident in his early thirties has been surprising children and sharing delight, founding Smiles Through Cars to ease the pain and suffering of children stricken with illness and those who have special needs. “It is incumbent on each of us to make the world a better place,” proclaims Aryeh along with his dedicated team where they create immediate change with wide smiles that are long-lasting, well past they day of their meeting. His crew explains that we ought to be appreciative for all that we have, especially our health, because we never know what tomorrow might bring. Hashem bestows upon us the number one blessing of health each morning; this is something that money simply cannot buy. We must express a special thanks to our Creator embracing this miracle. Happiness truly can be found in times of despair and we must be the catalyst to bring those moments of sheer happiness to those worse off.

Smiles Through Cars changes thousands of lives by spreading messages of positivity with world-class cars and our favorite superheroes. Often these experiences take place in public settings like hospitals or community events, but the charm continues the platform’s social media account where a team of superheroes work tirelessly to deliver the most inspirational footage.

Bentley the Pom, a 6.5pound dapper dog was also in attendance at the YCQ afternoon event. The famous stylish seven-year-old teddy bear Pomeranian was well-received by those gathered. The pet was once rescued by owner Hannah Novian and has been spreading cheer ever since.

Aryeh often dressed in Batman attire beside his very own Batmobile follows the example of each actor having donned the legendary suit. Inspired to continue the quests of Ben Affleck, Christian Bale, Michael Keaton and Adam West, Aryeh takes pride each time he steps out as the fabled superhero. Aryeh is a savior to the children he encounters often taking them out for a bite to eat or on a shopping spree at a local toy store. As a successful entrepreneur often starting his day in the wee morning hours, Aryeh still finds time to allot to the less fortunate. With well over 20,000 toys distributed and upwards of a million impressions on social media, Aryeh is just beginning his heartwarming venture where he has personally touched nearly 14,000 local children. One of the famed lines common on his Instagram account, Batman Real Account, “kindness is something everyone can afford to give” helps inspire others to do their part in spreading smiles.

For a child in destress, a simple gift or ride in an exotic car is all that they need to form a better frame of mind and temporarily enter a world without anguish. “It is never about what you are given, but rather about what you create,” explained Aryeh in a recent spark of inspiration. “It is all about the opportunities that you put before yourself,” he continued. As a lesson for all, Aryeh advises us to set our path for the future by trying to create and set the goals we yearn to accomplish. It is routine for us as ordinary folk to get depressed by failing but push ourselves harder. Aryeh instructs us to overcome these fears and strive to accomplish greater heights.