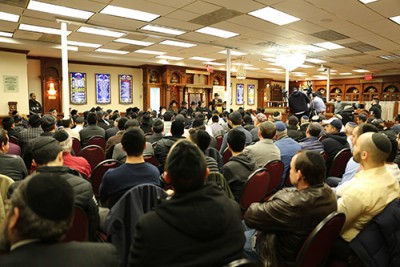 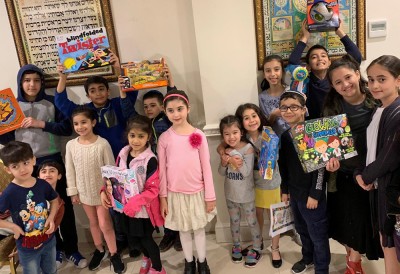 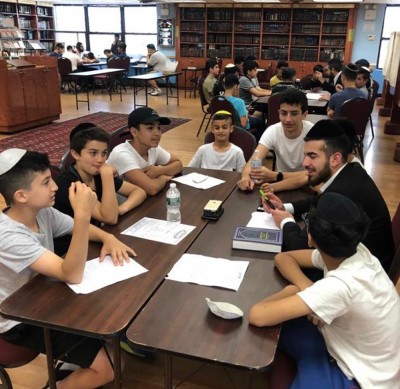 Thirteen years ago, Yaniv Meirov was in his early teenage years learning in Mesivta Yesodei Yeshurun in Kew Gardens Hills. As part of the greater Queens community which has Jews of all backgrounds and of all levels of religious observance, he realized there were several pressing needs for the community as a whole.

“Firstly” says Yaniv, “Queens is a beautiful community with so many great things happening but for some reason it seemed like we were not “on the map” when it came to certain matters. If you wanted to get inspired, you had to go to Brooklyn for inspiration. And so the ChazaQ organization was founded with the intention of offering constant inspiration in Queens targeting all segments of the population.”

Thirteen years later, the ChazaQ organization he founded as a young teen with intention of inspiring Queens, has grown well beyond its expectations, having touched the lives of tens of thousands of people throughout the Tri State area. “Our first ever event Baruch Hashem had over 500 people and we made sure to have one every week. Now we try to have one nearly every day of the week with some nights having 4 or 5 lectures throughout the New York area”.

“But” Yaniv adds. “While these lectures and events are what the broader public knows us for, nevertheless our main focus and purpose was and continues to be to inspire and educate the thousands of Jewish students who attend public school in our community.”

Indeed, for the last 13 years, CHAZAQ has organized after-school programs for public school students with an extra emphasis on teens, where an overwhelming amount of crime and drug abuse has plagued so many youth especially those from families who immigrated from the former Soviet Union. “Communist Russia looked to destroy our connection to our cherished past and while they caused a big dent, they Baruch Hashem didn’t succeed. Today the challenge is the beautiful freedom that we have been given. Unfortunately, so many of our youth are misusing that freedom and we are trying our best to prevent this trend from continuing.”

In August of 2016, CHAZAQ expanded their work with public school students by opening a Yeshiva Placement Division known as PSTY (Public school to Yeshiva Division). “We realized that with all the after school programs that are building foundations in these youth, we needed to find a way to reach out to the parents and show them the importance of a Yeshiva education. So we started a division where we have a dedicated team that works exclusively in explaining and guiding parents to take the step from public school to Yeshiva”.

“People must realize that cases can take months upon months to process, as many parents have valid questions and a lot of misconceptions about yeshiva education. And after you convince one parent you need to convince the other. Then you need to convince the student to make the switch, especially if they are older. If you succeed with that, then you need to find the right yeshiva, and many times when the yeshiva says no to the child, the process starts all over again. It truly is very tedious work but it’s worth it because the results have Baruch Hashem been truly amazing”.

Indeed, since starting the “no child left behind initiative” three years ago with the opening of the Yeshiva placement division, CHAZAQ has Baruch Hashem helped over 800 students receive a Yeshiva education, revolutionizing the concept of Yeshiva placement. “Of the approximately 3,300 public school students we have encountered during this time, we have Baruch Hashem converted nearly 25% into yeshiva students. In baseball, you won’t be considered a hall of famer but for hashem this work makes it to the hall of fame. Every soul is precious. We are impacting generations upon generations to come”.

On December 4th, Chazaq will be celebrating their Bar Mitzvah celebration with a Gala Dinner featuring great inspiration and wonderful entertainment. “We will be celebrating the past and look to build even a greater future” says Yaniv with a big smile. “We have a lot of work to do. And together we will Bezrat Hashem do it”.

For more information or to reserve seats for the Chazaq 13 year anniversary dinner, please visit www.ChazaqDinner.com