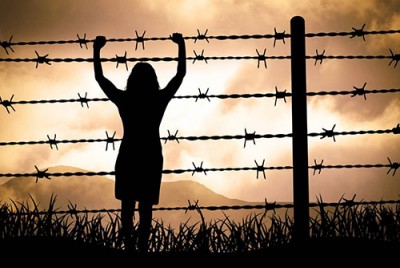 “He said to me, The day you leave me, is the day you will die”

Tamar, a descendant of holocaust survivors, was taken as a teenager to a foreign country

to be married against her will. In a series of dangerous and secret missions, Tamar, along with her children, was rescued by Yad L’Achim and taken safely to Eretz Yisrael.

In a series of events across the New York area, Tamar will appear live in person to tell her story for the first time in America. Her story will inspire you and is truly transformational in seeing a proud Jewish woman tell her tale of triumph over great darkness and evil.

“Achmed ben Sara” is a name that would raise eyebrows in any Jewish community. It is also the name of a speaking tour, traveling cities throughout the world showcasing the hair-raising stories of Jewish women and children trapped in Arab villages.

After a series of 50 major successful events in the USA, Israel, and Paris, in the last year alone! The tour is now coming to New York.

Young Jewish girls, often from troubled backgrounds, are groomed by Arab men who, often posing as Jews, offer them gifts and attention to gain their trust. But once they follow their new sweetheart into Arab territory, the excitement turns to terror. Women are routinely subject to depraved violence and abuse at the hands of the men they hoped would be their Prince Charming. Their children are raised as Arab Muslims and taught to hate Jews.

“It’s almost impossible for a Westerner to imagine how totally trapped they are,” says Yossi Eliav, Director of Special Projects, organizer of the tour. “Some live like prisoners, without access to a phone or even the freedom to go outside.”

“One woman did not have access to a phone for 32 years and no way to call for help,” says R’ Nesanel Gantz, Director of Yad L’Achim in America. Yad L’Achim, founded in 1950, has rescued thousands of these imprisoned women and their children. The operations are conducted with the utmost secrecy, as the lives of the women, their children, and all operatives are at high risk.

Once free, Yad L’Achim provides safe shelter for these women and their children and supports their reintegration into society. The number of Jewish women and children trapped in these conditions today numbers in the thousands.

“People aren’t aware how many hundreds of girls are drawn into these nightmare scenarios each year,” says Eliav. “Our mission is to show their plight to the world and save as many lives as we can.”