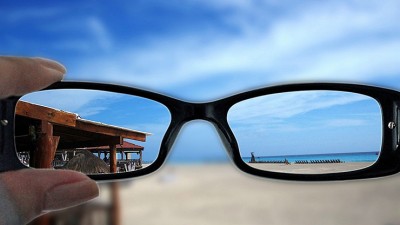 There is a strange recurring phenomenon throughout Parsha Bereishit: the Torah first describes one model of creation and then proceeds to depict a completely different, even contradictory picture of the same creation. For example:

The first perek of Bereishit describes Adam as a being that was created B’tzelem Elokim (in the image of Hashem), an inspiring and divine portrayal of man and his role in the world.

However, the very next chapter describes man as a physical being, formed from nothing more than the dirt of the earth, a description almost identical to the creation of animals.

What happened to the Godly, inspiring image of man?

Adam and Chava: One or Two?

A similar pattern occurs in the description of Chava’s creation:

In the first perek of Bereishit, the pasuk says that man and woman were created together, as one.

However, the next perek describes Chava as being created as an individual, separate from Adam.

The midrash explains that Adam and Chava were originally created as a single androgynous being, connected by the back and unified as one. Hashem then split Adam and Chava into two independent, separate beings. This begs the question: If the ideal is for them to be connected, why split them apart? And if they were destined to be split apart, why initially create them as one? Once again, we are presented with one model of reality before it is snatched away in favor of another.

This same pattern extends to the creation of the luminaries:

When describing the creation of the sun and moon, the pasuk initially says that Hashem created two great lights.

The midrash asks the obvious question: What happened to the two big lights? Why does the pasuk begin by stating that there were two great lights, but end by calling only the sun a great light? The midrash famously explains that the moon was originally created with equal stature to the sun, however, in an act of arrogance and ego, the moon asked Hashem how there can possibly be two dominant lights. As a result, Hashem shrunk the moon, and it became subservient to the sun.

What is the meaning of this recurring pattern? Why are so many elements of creation depicted in one way, before being described in a contradictory fashion?

The Answer: An Ideal, Followed by the Starting Point

The key to answering these questions lies in one of the most fundamental concepts in Judaism. The Arizal, Ramchal, Vilna Gaon, and many other Jewish thinkers explain that every process contains three stages:

The first stage is the high, the inspiration, an experience of perfection and clarity.

Next comes the second stage: a complete fall, a loss of everything that was experienced during the first stage.

Then there is the third stage, a return to the perfection of the first stage. However, this third stage is fundamentally different from the first. It is the same perfection, the same clarity, but this time it’s a perfection and clarity that you have earned. The first time it was given to you, now you have worked to build it for yourself.

The first stage is a gift, a spiritual high. It’s there to help you experience the goal, the destination. It’s a taste of what you can and hopefully will ultimately accomplish; but it’s not real, it’s given as a gift, and is therefore an illusion. It serves only as a guiding force but cannot compare to the genuine accomplishment of building something yourself. It is therefore taken away to allow for the second and most important stage: building it yourself, undergoing the work required to attain this growth in actuality, to work for the perfection that you were shown. A gift isn’t real, something chosen and earned is. We’re in this world to choose, to assert our free will, and to create ourselves. Now that we’ve tasted the first stage, we know what we’re meant to choose, what we’re meant to build. The third stage is the recreation of the first stage. While it appears the same, it’s fundamentally different. It’s real, it’s earned, it’s yours. The first stage was a gift, an illusion; the third is the product born of the effort and time you invested.

There are many explanations for the contradictory descriptions of Adam in the first and second chapters of Bereishit, but it can be explained clearly and beautifully according to the principle we just established. The ideal and goal of man is to become Godly, to become perfect, all-knowing, all-good, all-kind, to have complete self-control. However, this is the goal, not the starting point. We begin as animalistic beings, with limited intellectual abilities and undeveloped character traits. A baby is selfish, the center of its own world, the only person who exists. This is the exact opposite of Godliness. The goal of life is to become Godly, to go through the process of actualizing our potential, and in doing so, we become a true Tzelem Elokim. As we’ve previously explained, the fetus learns kol ha’Torah kulah in the womb, and then loses it upon being born into this world. We are born imperfect so that we can journey through this world with the mission of becoming perfect, recreating, and earning what we once received as a gift. Adam was created first as a perfect being, the model of who we each strive to become, before being reduced to the lowly and animalistic being that we begin our lives as.

The ideal is for man and wife to be one, bonded in a sublime oneness. Adam and Chava were originally created as literally one being, a physical manifestation of their deeper existential oneness. However, this is the ideal, the destination. Man and wife are not born this way; they are created as two separate beings, with the mission to find each other and create that oneness. Chazal say that before a man and wife are born, they exist as a single neshama. Only once they are born into the world do they split apart and exist as two distinct beings. The goal is to then travel the world in search of your soul-mate, choose each-other, and recreate that original oneness. Adam and Chava are created as one, before being split apart, to model the oneness that we strive towards as husband and wife.

The Sun and the Moon

The sun and moon are representative of an entity and its vessel. The goal of a vessel is to fully and loyally contain and project the essence within it, to serve as the medium of revelation for its inner content. A light bulb does not block the light within, it loyally projects it out into the world. This is the ideal as well for the body in its relationship to the soul: the body must carry the soul and serve as its enabler, allowing the spiritual self to manifest correctly into the world. The entire physical world as well should ideally serve as the perfect projection of its spiritual source.

This same theme applies to the human body as well. Originally, the body was a clear reflection of the soul. The midrash explains that when you looked at Adam, you did not see his body, you saw his essence, his soul. When you look at a light bulb, all you see is radiant luminescence; only if you look really closely can you make out the vessel which contains the light. This is what Adam’s body was originally like. Once Adam sinned, however, the body fell to its present form, a vessel which hides the soul, not one which loyally projects it.

The Process of Life

This is the process of life. The ideal is revealed, taken away, and then remains as our goal as we journey through life, trying to recreate that ideal. The key is to be inspired by the goal, not discouraged by the struggle. We must understand that our goal is to become godly, fully reflect our higher selves, create oneness, and enjoy every single step of the process!

Shmuel Reichman is an inspirational speaker, writer, and coach who has lectured internationally at shuls, conferences, and Jewish communities on topics of Jewish Thought and Jewish Medical Ethics. He is the founder and CEO of Self-Mastery Academy (ShmuelReichman.com), the transformative online course that is revolutionizing how we engage in self-development. He is also the founder of “Think. Feel. Grow.”, a platform from which he shares inspirational Torah videos that have reached over one hundred thousand people. You can find more inspirational lectures, videos, and articles from Shmuel on his website: www.Shmuelreichman.com