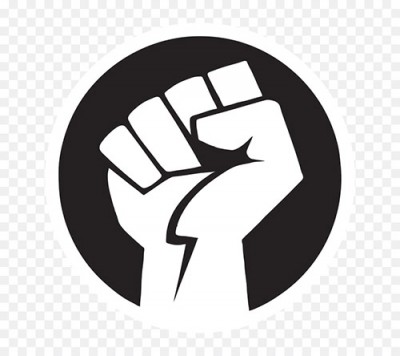 “He became King over Yeshurun when the numbers of the nation gathered, the tribes of Israel in unity.” — Devarim 33:5

In his final address to the Jewish people, Moshe Rabbeinu gives each shevet a bracha and charges them with their national responsibilities. Immediately prior, he spoke to the entire people saying, “When the Jews are gathered in unity, then HASHEM is their King.” The Daas Zakainim explains this means that: “When the Jews are joined together in friendship and brotherhood only then is HASHEM our king; however, when there is fighting amongst us, we are acting as if HASHEM doesn’t rule over us — He isn’t our King.”

This statement of the Daas Zakainim is difficult to understand. If he were telling us that HASHEM loves peace and that when we are in a state of disagreement, He doesn’t want to be our king, it would make sense. But that is not what he is saying. He says that, “When we are in a state of conflict it is as if we are rejecting HASHEM as our king.” Why is this so? Perhaps I accept that HASHEM is my king — but I hate you. HASHEM I love; you I have a problem with.

The answer to this can best be understood with a moshol:

What good is a decree of life, back on Rosh Hashanah?

Imagine it is a cold February night. You are walking down a dark street in a part of town that you don’t normally frequent. As you tighten your coat against the wind, you notice how quiet it is — not a soul to be seen or heard. Suddenly, there’s a screech, a car stops, and out jump three tough looking thugs who surround you. One of them reaches into his coat pocket, pulls out a gun, and points it at your head.

You’ve never stared down the barrel of a gun before — at least not a real one — and not in real life. Suddenly, you realize that your very life is in the hands of this punk. And in that that life-and-death moment, you are struck by a major philosophical problem: what good is HASHEM’s decree on the previous Rosh Hashanah when your life is in the hands of this drug-crazed kid? In fact, what good is any decree when so much is in man’s power to control?

You can help me; you can’t harm me

Then answer to this dilemma, and one of the bedrock basics of our entire emunah system, is that since HASHEM decrees “who will live and who will die,” then perforce HASHEM is on the scene 24/7, 365 to carry out those decrees. If I accept that HASHEM decides the fate of mankind, then I also accept the fact that HASHEM is around throughout man’s existence to carry out those decrees – otherwise, the entire system is absurd.

The power given to man

The Chovot Ha’Levovot explains that one of the principles of emunah is that you can’t harm me and you can’t help me. The amount of money I make, my health and well-being, which woman I am to marry, which home I am to own, has been predetermined by HASHEM — and HASHEM carries out each of those decisions. You have no control over my destiny.

You could hate me. You could lay elaborate and detailed schemes to kill me. But if it isn’t in the will of HASHEM for me to die, there is nothing that you can do to me. You can scheme and you can dream, but every effort will be met with failure — because HASHEM is there protecting me. I walk around protected. It is as if I walk the streets surrounded by a Lucite bubble, shielding me from all harm—HASHEM is right there.

So too the opposite. If you were the most generous, loving person in the world, and you were completely devoted to help me, if my time on this planet is up, there is nothing that you can do to change that—any human is powerless to change my destiny.

But this concept isn’t limited to areas of life and death. Across the full spectrum of the human experience, HASHEM is directly and intimately involved in the running of our lives.

How to take an insult

This seems to be the answer to the question on the Daas Zakainim. Any infighting in the Klal Yisroel indicates one point: we don’t really understand who runs the world. Why am I angry with you? Because you hurt me, you wronged me, you took something from me. If I truly understood that HASHEM alone determines every outcome, all anger would disappear. I might feel disappointment that you have chosen poorly but anger only comes from the sense that you have harmed me.

If the Jewish people are fighting, then by definition it means that HASHEM isn’t our King. Fighting is an act of insubordination because it means that we deny HASHEM’s control, and so it is an act of rejecting HASHEM’s sovereignty. We only proclaim HASHEM as our king when we truly understand that it is He alone who controls every action that befalls us, and so he is only our King when we live in peace and harmony with each other.